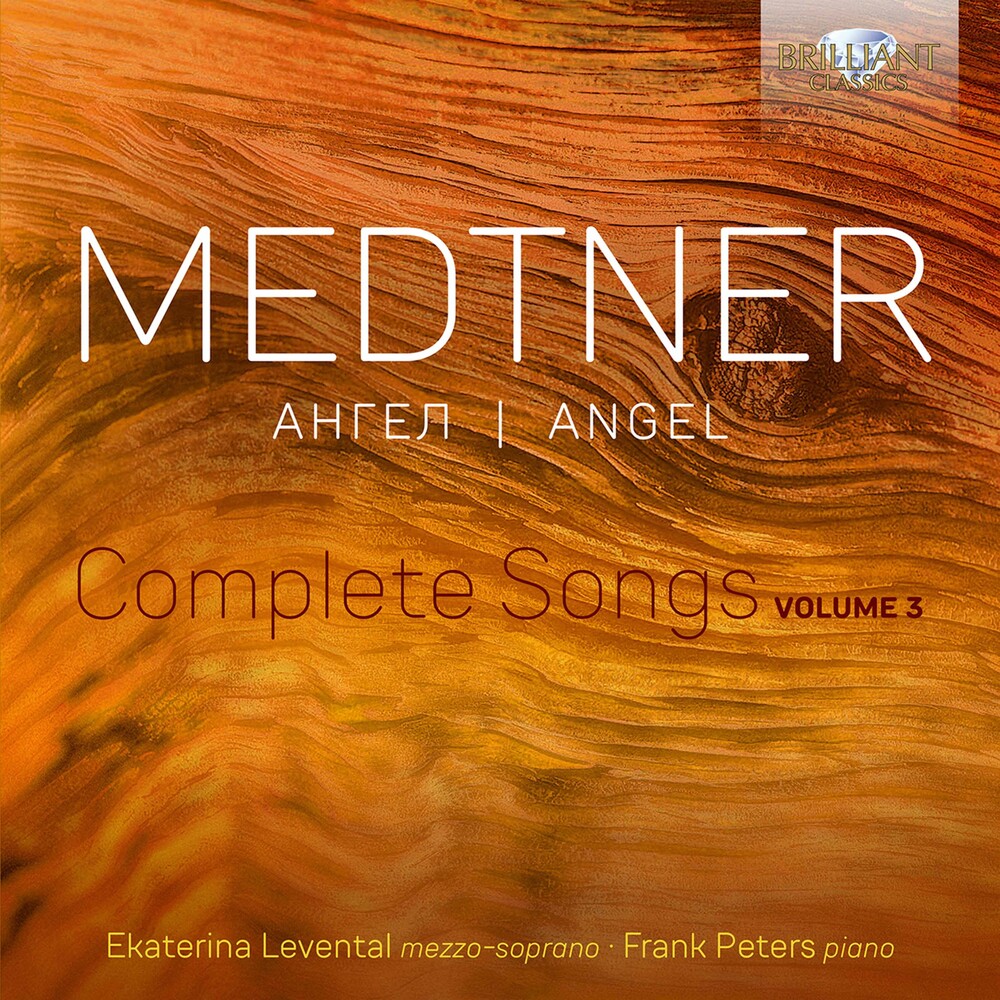 Anybody who has entered into the cosmos of Medtner's music, and especially of his songs, will be aware of it's introvert, secretive, sometimes even hermetic character. His mixture of Russian and German philosophy and art, indebted to the bicultural upbringing in his family, was unique. Yet the outstanding quality of his songs does not lie in their stylistic singularity, but in their resistance to cliches of the genre and their musical and psychological insights. Medtner digs deep into his chosen texts. Even his choice of the poet Lermontov for his first published song ('The Angel') is significant for a composer who always professed his belief in the divine nature of art and the artist's vocation. Testifying to a similar artistic credo, Goethe's poem 'Geweihter Platz' ('The Sacred Grove') was first set by Medtner as an introduction to the Sonata-Vocalise Op.41 No.1. He recomposed the song in his Op 46 set but then returned to it once more for this Suite-Vocalise, which opens with a wordless evocation of the lofty mood established by the poet. The finale alludes to Schumann ('Was der Dichter spricht') while returning to the rapt opening. The Suite-Vocalise as a whole is one of Medtner's most experimental works, paying homage to an exemplary reflection about the sacred quality of art and the mysterious secrets of artistic inspiration. The Pushkin songs Op.52, finished in summer 1929, are Medtner's last authored song collection. The chosen poems focus on longing, unfulfilled love, or love connected to death and murder. His settings once more reach powerful heights of expression, both in his description of despair and torment and in his peculiar way of finding to hope and joy despite of all tragedy.
PRICES ON PIRANHARECORDS.NET DO NOT REFLECT THE PRICES IN OUR RETAIL STORE LOCATION. "IN STOCK" ON PIRANHARECORDS.NET DOES NOT REFLECT 'IN STOCK' AT OUR RETAIL LOCATION, HOWEVER IT MEANS WE HAVE QUICK ORDER FULFILLMENT (GENERALLY 2-3 BUSINESS DAYS).
This website uses cookies to personalize content and analyse traffic in order to offer you a better experience.
I accept Learn More
back to top