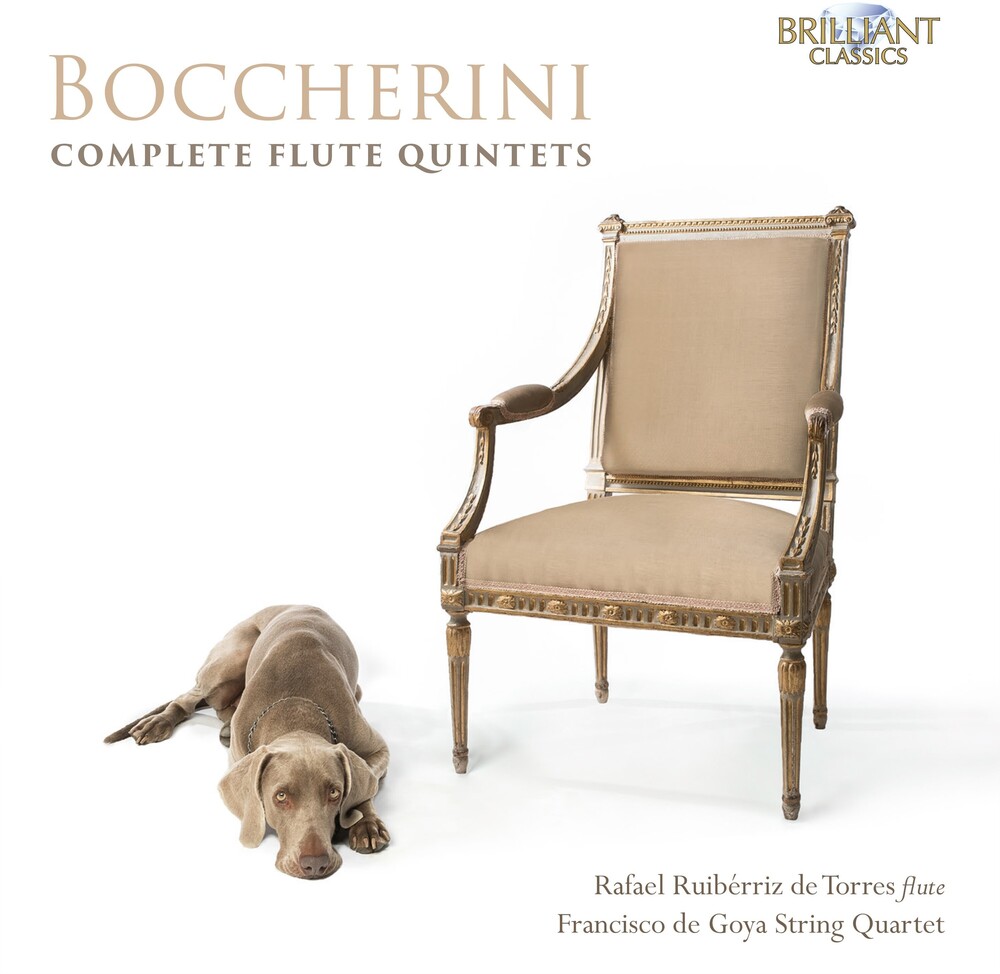 The 24-year-old Boccherini's departure from his native Lucca in 1767 proved to be the making of him. By 1770 he had become court composer and cellist to the royal chamber of Prince Luis Antonio de BorbĂłn, youngest son of Philip V of Spain. The ensemble at his disposal must have included an excellent flautist, for he wrote several sets of chamber music in which the flute plays the starring role, including the Quintets, Op.17 in 1773, and the Quintets, Op.19 in 1774, all dedicated to Prince Luis. The writing for the flute is orchestral in nature, as if these were concertos in disguise, with rapier-like dialogue between the two violin parts. All 12 works follow the same two-movement formal pattern, with a moderately quick opener followed by a more graceful dance, except for Op.19 No.6, subtitled 'Las parejas' (The Couples) after the ceremonial horse parade of the same name that was held at the Aranjuez palace every spring; it's movement titles (Entrada-Marcia, Galope and Entrada-Marcia) reflect the different sections of the event. The Op.55 Flute Quintets on album 3 date from 1797, having been written with an especially talented flautist/oboist in mind. By then Boccherini was set up in Madrid with a generous pension, Prince Luis having died some years earlier, as composer to separate courts in Osuna and Prussia. These later works enjoy a more relaxed temperament, by and large, though the solo writing for the flute is still highly florid and expressive even in the more stately movements such as the grave Lento to conclude Op.55 No.5.