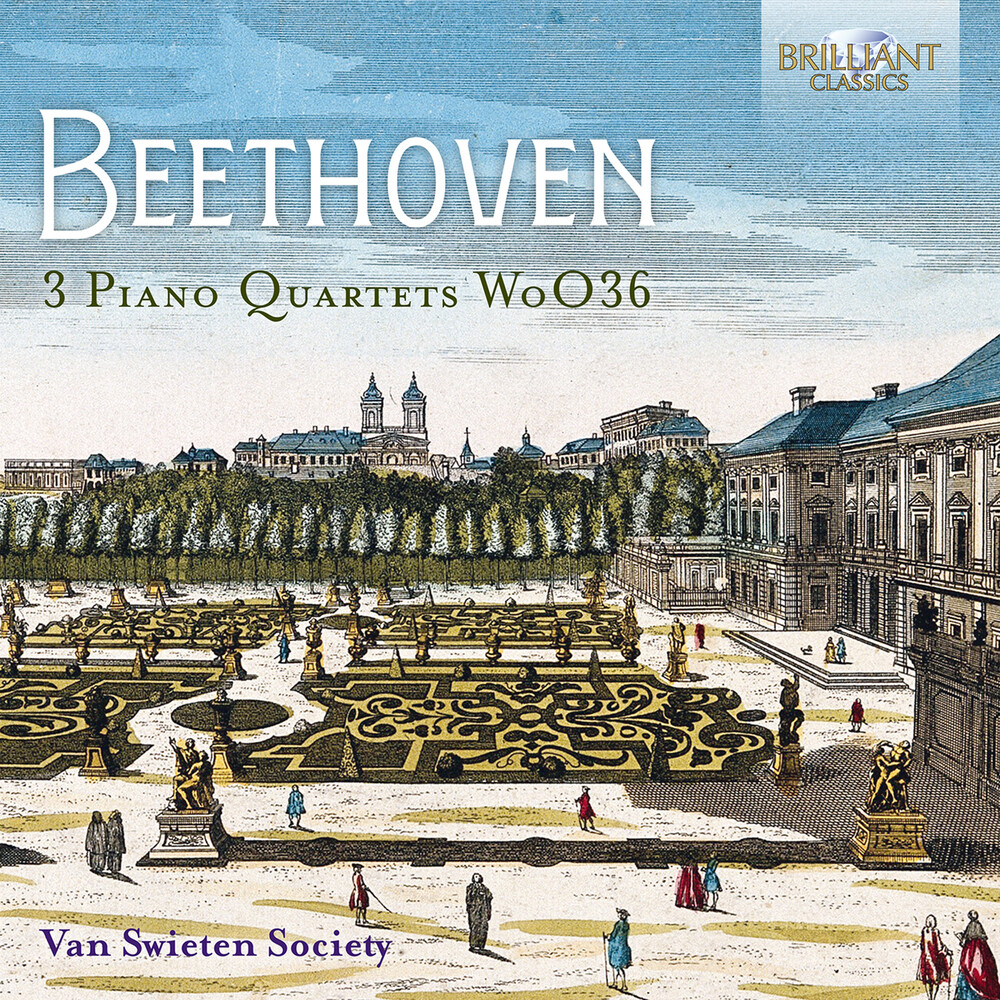 The piano quartet is an unassuming genre for a musical milestone, but it was with this trio of works that Beethoven, at the age of 15, first found the voice that would within the next half-century come to be widely recognized as the symbolic, universal voice of music, of freedom and of personal autonomy. That's a lot for three humble piano quartets to bear, and by and large this is still young man's music, wearing lightly the second-hand influence of Haydn and contemporary French music. This was the kind of music heard and played by the teenage Beethoven as a violinist, organist and court employee of the Elector in his hometown of Bonn. Perhaps the quartets were intended for dedication to the new elector in 1784, but in the event they remained unpublished until after the composer's death. By then, however, Beethoven's singular talent had already been recognized by his teacher, Johann Gottlob Neefe but his star had fallen in the eyes of his patrons who had hoped to nurture another Mozartian prodigy; in 1784 he was described to the new elector as merely a young keyboard player of 'good ability'. That Beethoven had rather more up his sleeve is evident from the melodic thrust and rhythmic drive of the second of the set in particular, cast in E flat major. It's lyrical slow introduction, followed by a tempestuous Allegro in E-flat minor opens a door to Romanticism. The last movement with it's devilish variations is technically speaking the heart of the three-part opus, which is then concluded by the almost symphonic quartet in D; D major being the key of great orchestral works featuring trumpets and timpani. The quartets are performed here in the order they appeared in Beethoven's original manuscript rather than the confusingly different order in which they were first published. In every other respect, too, these performances by a Dutch period-instrument group named after Baron van Swieten, patron of Haydn and Mozart, pay close attention to what we know of good late-18th-century performance practice with period bowings and the light, sparking touch of a fortepiano.