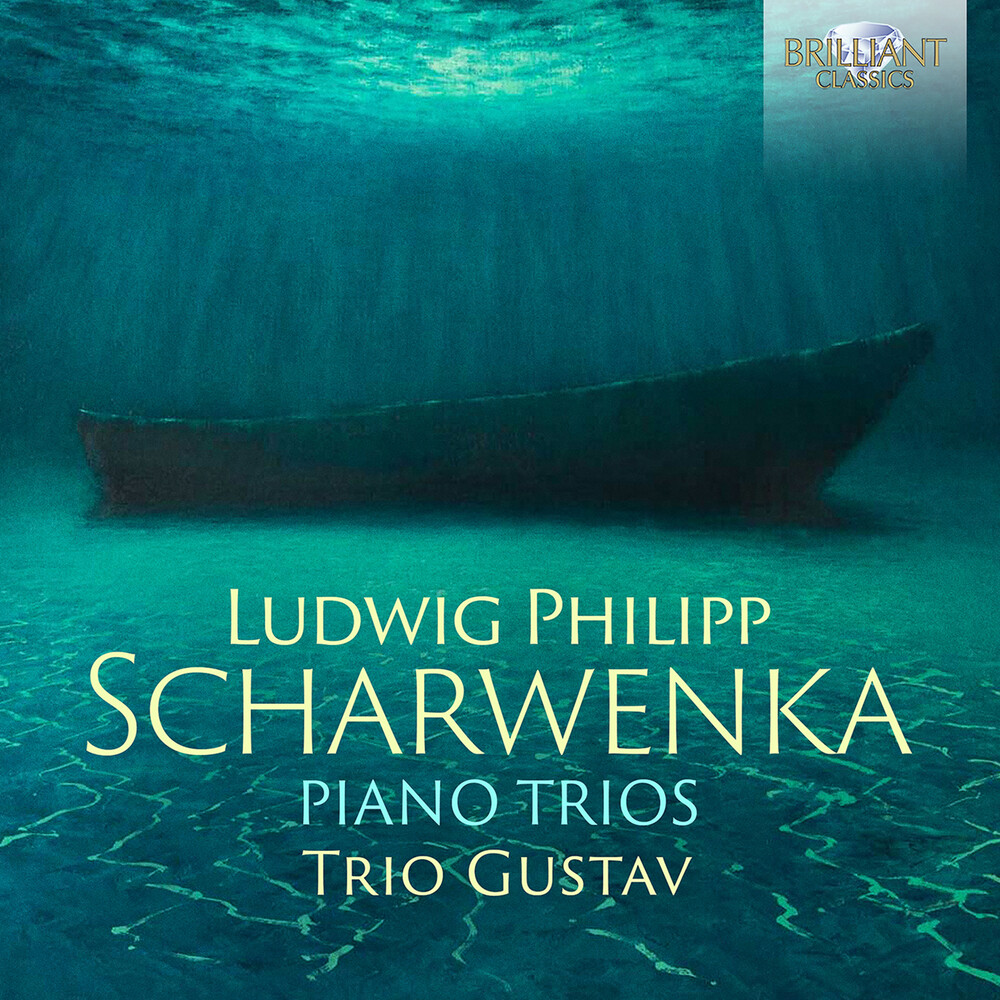 Around a quarter of a century ago, scholars embarked upon fruitful research into composers active between the mid-19th century and the lead-up to World War One, many largely hitherto ignored by all but music historians, consisting of at least two generations who focused either on 'absolute' music (in central Europe) or music for the theatre (in Italy and France). Philipp Scharwenka (1847-1917) was one such figure. Born to a family with ancient Bohemian roots but determinedly German in it's culture, Philipp and his concert pianist brother Xaver attended Berlin's Neue Akademie der Tonkunst, where Philipp would eventually also teach theory. He began composing in earnest in 1874 and the following year founded his own school with his brother, where he would teach composition for the rest of his life. Philipp Scharwenka's chamber works, which date mostly from the turn of the century, are some of his most notable compositions and include three piano trios (the first two, recorded here, with violin and cello; the third with violin and viola). The Trio Op.100 in C sharp minor, published by Breitkopf in 1897, unfolds in flowing, measured writing across three movements with a clearly defined formal range. The composition feels like a well-oiled machine, including all the expressive techniques developed over the years in expertly dosed quantities, and sometimes achieving intense - and never long-winded - lyricism. The subsequent Trio in G Op.112, published in 1902, again by Breitkopf, is also in three movements. The work's tonal regions, while very clear and based on sonata form in both the first and third movements, deviate slightly from the traditional relationships by including the relative minor keys too. This is nothing out of the ordinary: it is simply a way to keep the form compact and flowing while testing out slightly more unusual tonality.
PRICES ON PIRANHARECORDS.NET DO NOT REFLECT THE PRICES IN OUR RETAIL STORE LOCATION. "IN STOCK" ON PIRANHARECORDS.NET DOES NOT REFLECT 'IN STOCK' AT OUR RETAIL LOCATION, HOWEVER IT MEANS WE HAVE QUICK ORDER FULFILLMENT (GENERALLY 2-3 BUSINESS DAYS).
This website uses cookies to personalize content and analyse traffic in order to offer you a better experience.
I accept Learn More
back to top