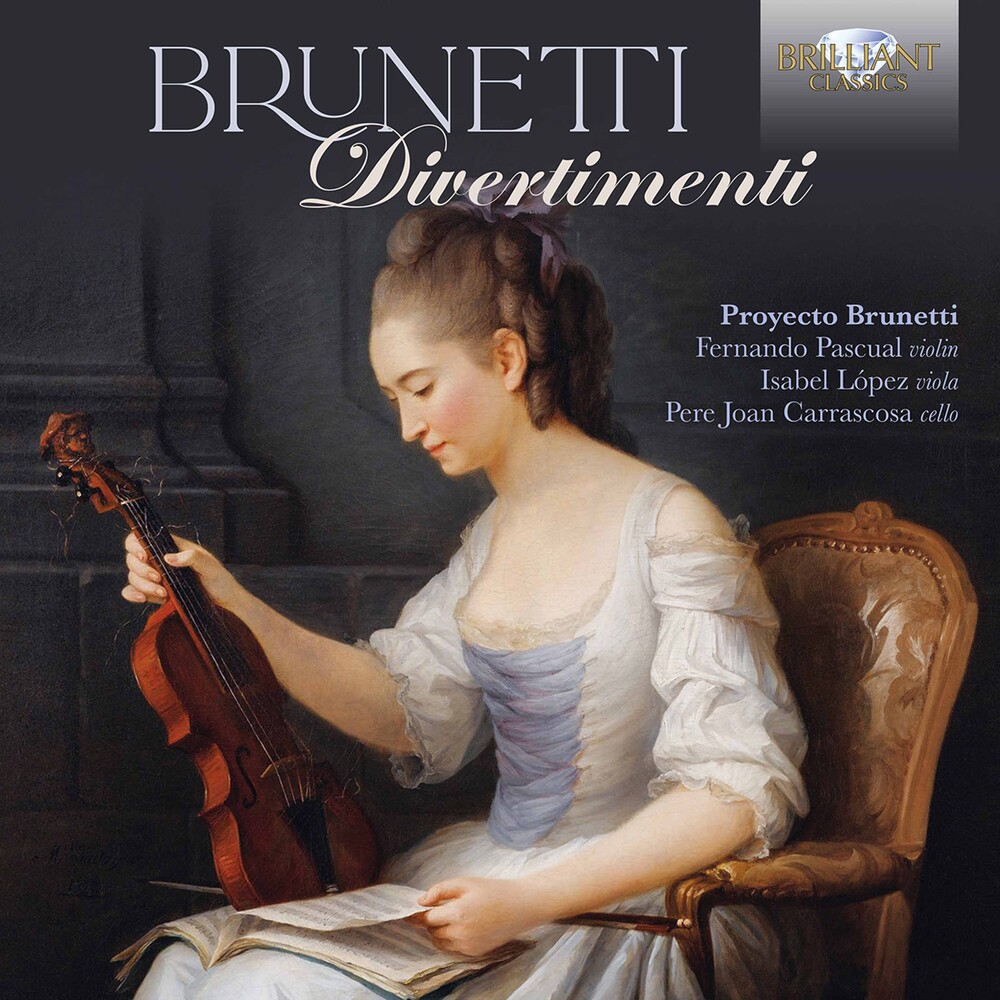 Proyecto Brunetti is a flexible ensemble formed with the aim of promoting the chamber music of Gaetano Brunetti (1744-1798). It's founder-cellist is Pere Joan Carrascosa, who has also edited the manuscripts of this divertimento collection for publication and written the authoritative booklet essay on the composer's life and work. The album can be considered a first port of call for anyone looking to investigate the figure of Brunetti. When they do so, they will find music of elegant gestures and appealing gentility, clear-cut melodies and subtle innovation. The greater part of his surviving music is cast in the genre of string trio which was a reliable source of entertainment for both amateur musicians and audiences in the latter half of the 18th century. There are 47 such trios in eight collections of six (minus one in the last case), and this album presents the third such collection. Brunetti probably wrote it between 1772 and 1774 while in service to the Prince of Asturias, later to become Charles/Carlo IV of Spain. The Prince himself probably played second fiddle to the composer in those pieces scored with two violins, with the composer's son Francesco on the cello. Structurally straightforward, each divertimento comprises two movements cast in either a basic sonata or rondo form. It is their melodic freshness, harmonic invention and the stylishness of their writing, treating all three parts as equals, that elevates them beyond the value of ephemeral entertainment.
PRICES ON PIRANHARECORDS.NET DO NOT REFLECT THE PRICES IN OUR RETAIL STORE LOCATION. "IN STOCK" ON PIRANHARECORDS.NET DOES NOT REFLECT 'IN STOCK' AT OUR RETAIL LOCATION, HOWEVER IT MEANS WE HAVE QUICK ORDER FULFILLMENT (GENERALLY 2-3 BUSINESS DAYS).
This website uses cookies to personalize content and analyse traffic in order to offer you a better experience.
I accept Learn More
back to top