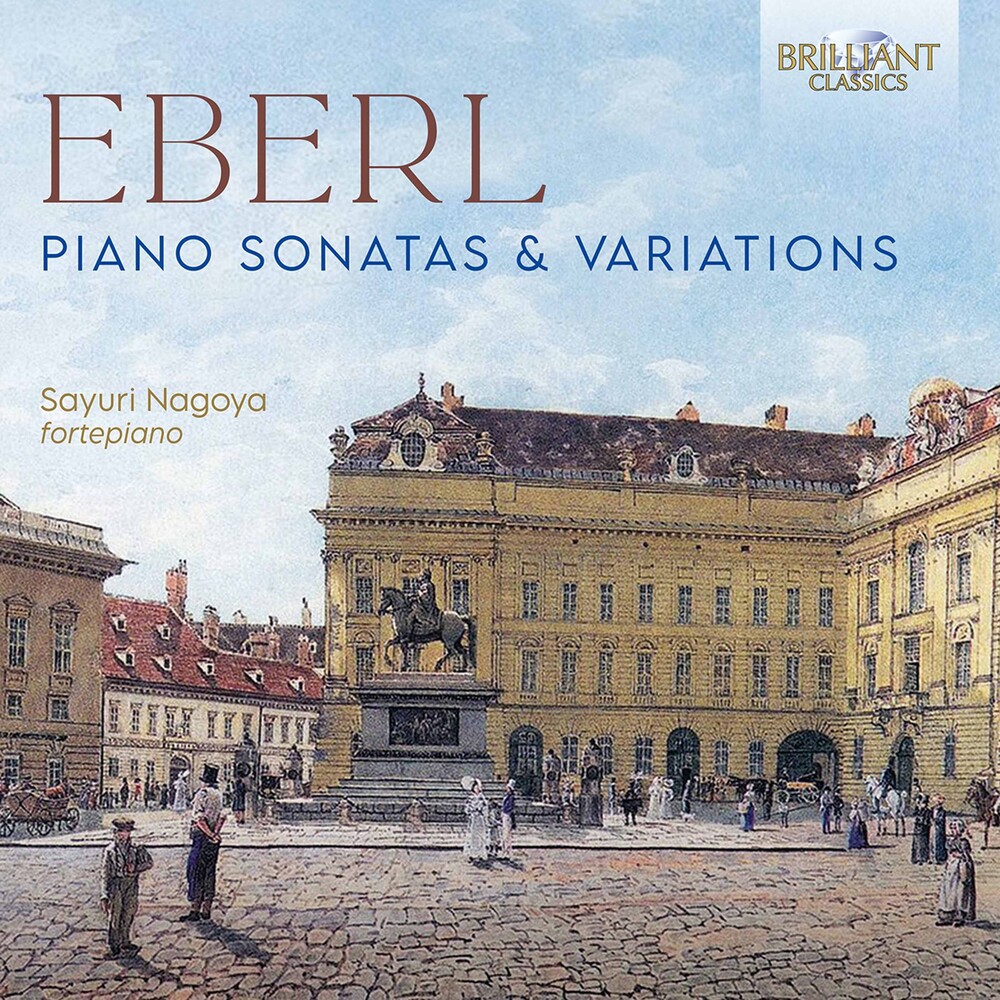 Born in Vienna in 1765, Anton Eberl lived a quieter life than Mozart, and his music does not court the scandal or venture to the expressive extremes of his contemporary, friend and mentor. After Mozart's death in 1756, Eberl toured with his widow Constanze Mozart and her equally accomplished sister, Aloysia Lange, before Eberl married a third talented soprano, Maria Anna Scheffler, and the pair moved to Saint Petersburg, which at the time was establishing an artistic court to rival any of the capitals of Europe. Eberl worked there as Kapellmeister to the Russian royal family for a decade (1796-1805) before moving back to Vienna. Only two years later, at the height of his reputation, Eberl caught scarlet fever and died at the age of 41. By then Eberl had also become well acquainted with Beethoven. Sayuri Nagoya's personal selection from Eberl's keyboard output encompasses the earlier and later stages of his career, beginning with a set of variations on 'Bei Männern' from Die Zauberflöte which was composed within months of the Singspiel's premiere at the Theater an der Wien. Dating from a year or two after Mozart's death, the Sonata Op.1 was originally published under his name, and Eberl's Sonatina Op.5 (1796) likewise inhabits a Mozartian grammar. By the time of the G minor Sonata Op.27, however, Eberl had developed a bolder and more dramatic idiom of keyboard writing, doubtless also under the influence of the intervening decade of technological innovation which brought about instruments with a wider compass and broader dynamic range. The C major Sonata Op.43 opens with a grand introduction before launching into an Allegro of high contrasts. The album leaves the listener with a full appreciation of Eberl's gifts as well as a tantalizing sense of where his talents might have taken him next.
PRICES ON PIRANHARECORDS.NET DO NOT REFLECT THE PRICES IN OUR RETAIL STORE LOCATION. "IN STOCK" ON PIRANHARECORDS.NET DOES NOT REFLECT 'IN STOCK' AT OUR RETAIL LOCATION, HOWEVER IT MEANS WE HAVE QUICK ORDER FULFILLMENT (GENERALLY 2-3 BUSINESS DAYS).
This website uses cookies to personalize content and analyse traffic in order to offer you a better experience.
I accept Learn More
back to top