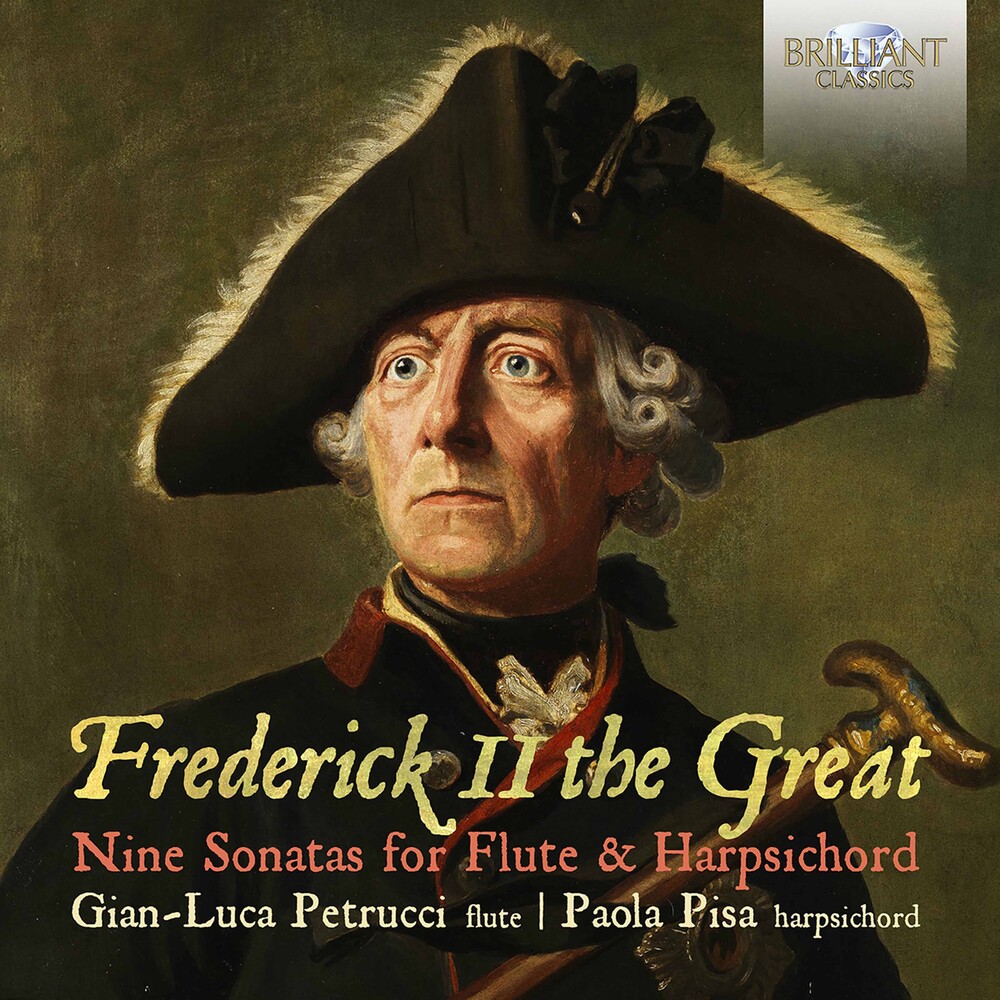 Though Frederick II of Prussia, better known as "the Great" (1712-1786), was one of the greatest strategists of history, he found a way of reconciling his army life, his battles and his political determination with his passion for the flute and for music in general. He played every day, even when he was at war, and in the course of his life he composed, among other things, 121 sonatas and 4 concertos for flute, annotating some of these works with the phrase 'Frederick composed [it] amidst torments'. In Potsdam Frederick had teachers of extraordinary skill, ranging from Johann Joachim Quantz to Carl Philipp Emanuel Bach, and while he was certainly influenced by their style, he also proposed a style of his own that was not only closely associated with forms of 'recitative' influenced by vocal music, but also inspired - in certain respects - by his masonic faith. In fact, in his music one finds interesting esoteric symbolisms associated with numerology, masonic keys and the concept of the initiatory journey. Almost all the sonatas for flute and continuo are in three movements in an ascending progression of tempos: Adagio, Allegro, Presto. Of particular interest is the Sonata in C minor (King's Catalogue No.190) in which an introductory Recitativo and an Andante cantabile lead to the closing movement, which is a Fugue (the only example of this genre of composition in all his works). Moreover, the subject of the fugue includes an evident reference to the 'Thema Regium', the famous theme that the King gave to Johann Sebastian Bach during their meeting in Potsdam in 1747, which formed the basis of the Musical Offering BWV1079.
PRICES ON PIRANHARECORDS.NET DO NOT REFLECT THE PRICES IN OUR RETAIL STORE LOCATION. "IN STOCK" ON PIRANHARECORDS.NET DOES NOT REFLECT 'IN STOCK' AT OUR RETAIL LOCATION, HOWEVER IT MEANS WE HAVE QUICK ORDER FULFILLMENT (GENERALLY 2-3 BUSINESS DAYS).
This website uses cookies to personalize content and analyse traffic in order to offer you a better experience.
I accept Learn More
back to top