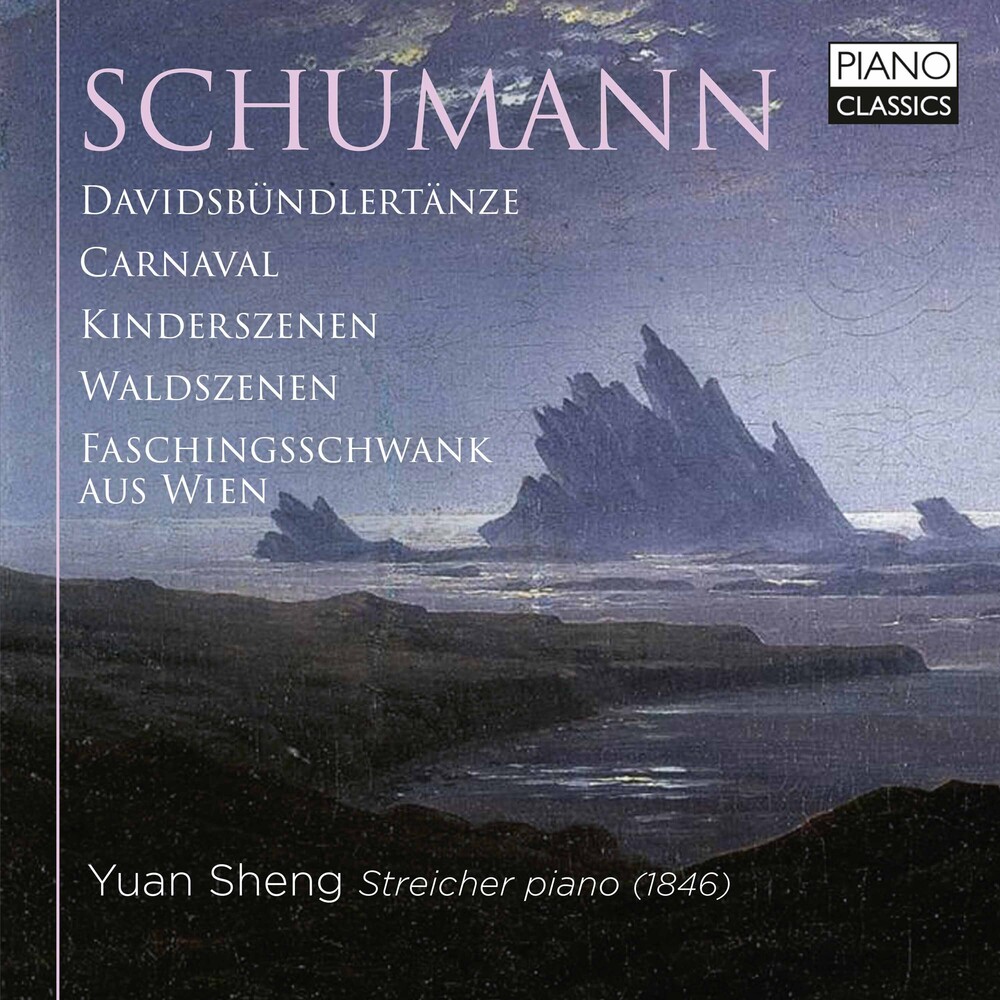 Acclaimed as China's 'premier interpreter of Bach' by International Piano Magazine, the Chinese pianist Yuan Sheng has gained international recognition through his performances in the US and China, among many other countries. The New York Times praised Sheng's performances of Bach as 'models of clarity, balance and proportion'. His discography on Piano Classics includes several of the composer's major cycles such as the Goldberg Variations (PCL0042) and Partitas (PCL10126) which have won critical acclaim for their agile rhythms and sensitive touch, informed by a profound understanding of the music's origins for harpsichord and the expressive potential of it's transfer to the modern piano, which he now passes on to students as a professor of piano at the Central Conservatory of Music in Beijing. This depth of study and beauty of sound, informed by intensive study with Rosalyn Tureck, also mark out his newly recorded interpretations of five major piano cycles by Robert Schumann, who along with Chopin did more than any other composer to expand the horizons of the piano in the early decades of the 19th century and position it as the supreme articulation of a Romantic composer's ambition in the hands of a single performer. Thus the present album makes an essential complement to Yuan Sheng's extensive collection of Chopin's work (including the Ballades, Impromptus, Preludes and 20 Nocturnes: PCL0049) issued by Piano Classics in 2013.
PRICES ON PIRANHARECORDS.NET DO NOT REFLECT THE PRICES IN OUR RETAIL STORE LOCATION. "IN STOCK" ON PIRANHARECORDS.NET DOES NOT REFLECT 'IN STOCK' AT OUR RETAIL LOCATION, HOWEVER IT MEANS WE HAVE QUICK ORDER FULFILLMENT (GENERALLY 2-3 BUSINESS DAYS).
This website uses cookies to personalize content and analyse traffic in order to offer you a better experience.
I accept Learn More
back to top