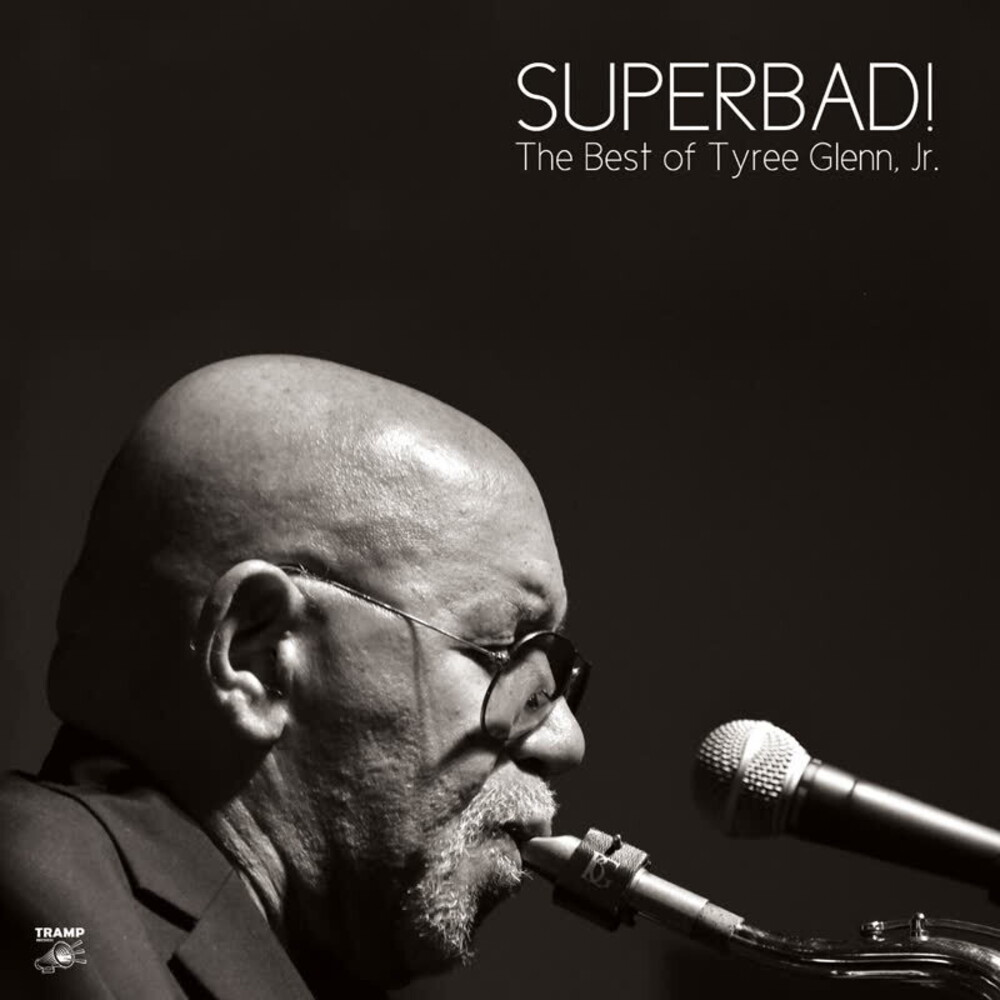 Tramp Records, in collaboration with Tyree Glenn, Jr., proudly present 'SUPERBAD! The Best of Tyree Glenn Jr.' I hope that you will have as much enjoyment from my music here as I had performing it!! I would like at this time to give you a little 'History' of myself and as to how I came to love the music that I play! Coming from a 'Musical Family'; my father was Tyree Glenn, Musical Director and Trombonist with Louis Armstrong and played with the likes of Cab Calloway and Duke Ellington among others and my brother, Roger Glenn, a very 'Talented Musician' in his own right, it was not difficult for me to be 'Influenced' and get into 'Show Business' as a Musician and Entertainer! My early years in the 'Fifties' were spent playing the Saxophone with my 'Teenage Band' in New Jersey and later, after 4 years at Marietta College in Ohio, in the 'New York City Area' in the 'Sixties'! As the song goes: 'IF YOU CAN MAKE IT THERE, YOU CAN MAKE IT ANY WHERE' which I did and it was in New York City where I got my 'Musical Education' which would become a part of me for the rest of my life! In the 'Mid-Sixties', I was offered a 'Partnership' in a Night Club in the Algarve Portugal and readily accepted the chance to perform 'In My Own Club'! Moving on to Lisbon after a few successful years in the Algarve, I performed in TV and recorded records there in Lisbon! By the way, I played Professional Basketball for 'Benfica Lisboa' which was and remains to this day, my 'Big Love for Basketball' and was to be a big part of my life! From Lisbon, I eventually went on to live and play in Italy in the early Seventies with Rocky Roberts. Returning to Lisbon in the mid-Seventies, I worked with my buddy from my 'New York City Days', the very talented 'Singer & Entertainer' Wayne Bartlett, and we formed the 'Duo': 'Wayne & Tyree' and performed in the Casinos in Portugal! We accepted an offer to perform our show in Germany and as things worked out, I have been living and playing my music here since 1976! I have enjoyed bringing my 'R&B' to everyone and showing just a little bit of how it was performing 'R&B' in NYC back in the 'Sixties'! I hope that you will enjoy this Compilation of my work here in Germany from the past years and I would especially like to thank Tramp Records for making this record possible and being a 'True R&B Fan' of Tyree Glenn Jr. And my Music!