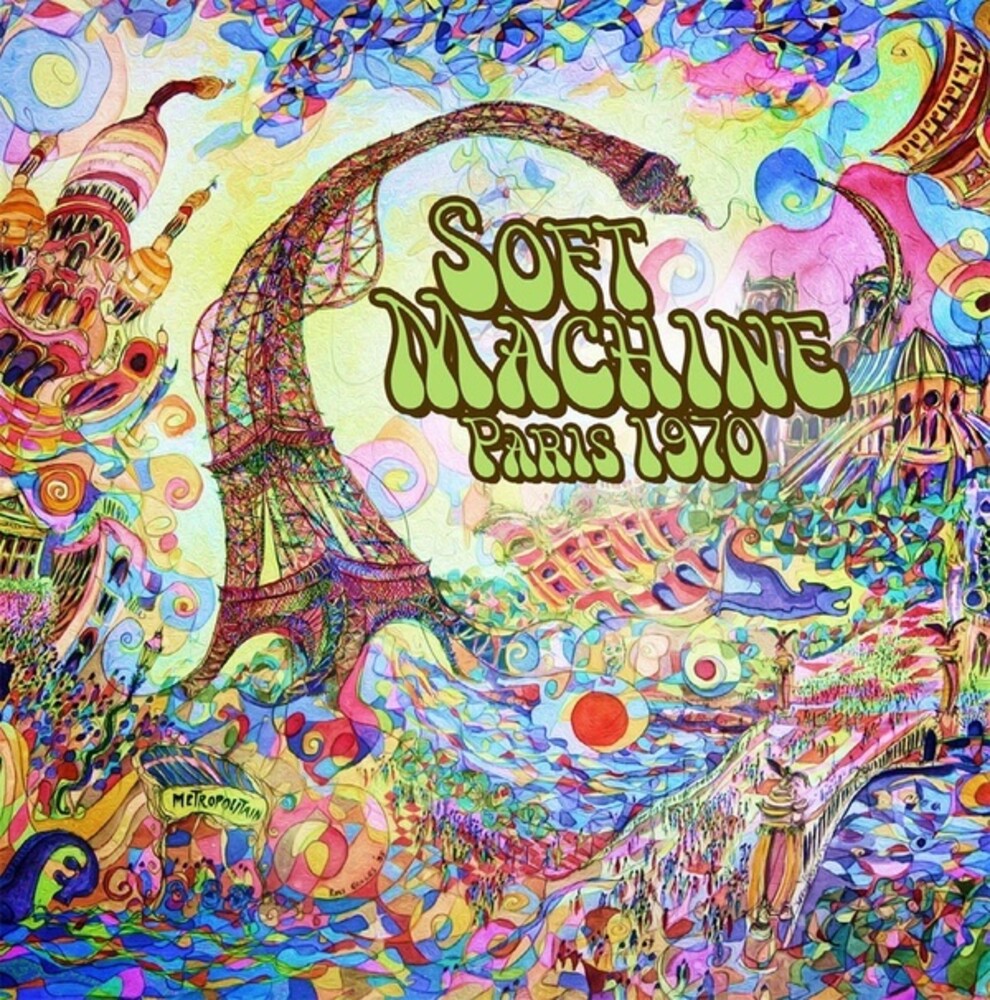 Double vinyl LP pressing. Soft Machine, live from the Thtre de la Musique, Paris on March 2nd, 1970 Despite their gradual dissolution in the late 70s, Soft Machine's stock has never been higher thanks to a steady stream of archival recordings that continue to surface and throw light on the importance of varying line-ups. The quintet version of the band, captured at the Thtre de la Musique, Paris on March 2nd, 1970 for Frances Pop Deux TV show features that short lived and often lamented line-up of Lyn Dobson and Elton Dean on their respective reeds accompanying the obligatory Hopper, Ratledge and Wyatt. The Paris date in March caught Dobson near the end of his tenure which came two weeks later. Suffice to say, the historical value of this recording is undoubted while rooted in the five-man line-up that was joyous, but sadly all too brief. London Calling proudly bends your ear with a rare, captivating performance from our beloved Softs, live in Paris, 1970. Covering their first two albums and songs exclusive to performances from this period. Visually interesting, but moreover, stunning to hear!
PRICES ON PIRANHARECORDS.NET DO NOT REFLECT THE PRICES IN OUR RETAIL STORE LOCATION. "IN STOCK" ON PIRANHARECORDS.NET DOES NOT REFLECT 'IN STOCK' AT OUR RETAIL LOCATION, HOWEVER IT MEANS WE HAVE QUICK ORDER FULFILLMENT (GENERALLY 2-3 BUSINESS DAYS).
This website uses cookies to personalize content and analyse traffic in order to offer you a better experience.
I accept Learn More
back to top