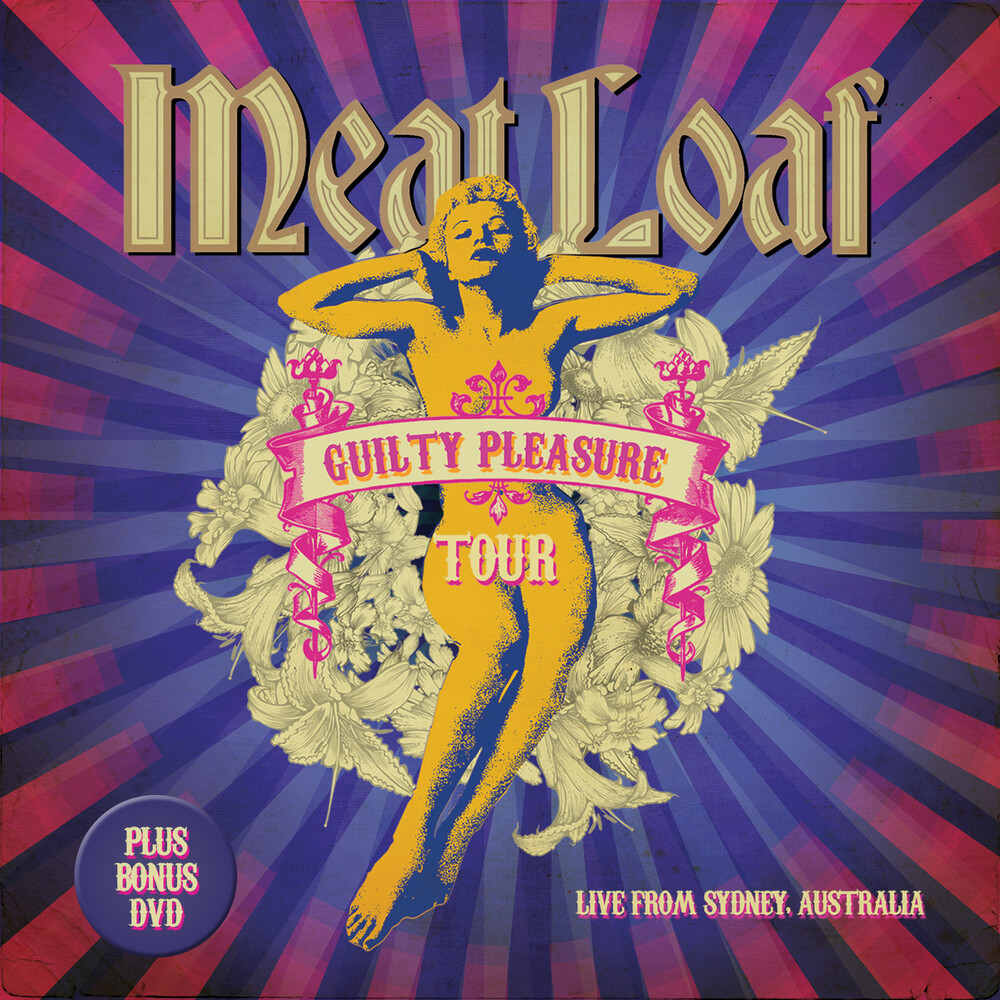 CD with Bonus DVD. Recorded live in Sydney, Australia October 12, 2011 during the Guilty Pleasure Tour.Meat Loaf certainly requires no introduction, he burst onto the world music stage in 1977 with his landmark release Bat Out Of Hell, which transformed him from a stage actor into a rock 'n' roll icon. The album has sold more than 43 million copies worldwide and is the third biggest selling record of all time - 23 Platinum status - and it still sells in excess of 200, 000 copies a year.Following Bat Out Of Hell came such masterpieces as 1981's Dead Ringer, 1984's Bad Attitude, and the Bat Out Of Hell sequels, 1993's Bat Out Of Hell II: Back Into Hell and 2006's Bat Out Of Hell III: The Monster Is Loose, not to mention 2010's Hang Cool Teddy Bear.The October 2011 eleven concert sell out tour of Australia and New Zealand was an enormous success and this CD/DVD deluxe edition celebrates the global phenomenon that is Meat Loaf. Ever wonder what it takes to get Meat Loaf on the road This ultimate backstage pass and access all area documentary is packed with interviews from those closest to Meat Loaf and of course from the man himself. Enjoy an exclusive look at the preparation, logistics and effort that goes into a tour of this scale and hear from Meat Loaf as he divulges what drove him on and kept him hungry to entertain audiences around the world. Inside is an 8-page full color souvenir booklet featuring photographs and anecdotes from Meat Loaf including his brush with an American president, his early career and the truth behind his name.CD is 70 minutes of Meat Loaf live in 2011DVD has 80 minutes of live concert video and a 40 minute Bonus Documentary Interview with the legendary Meat Loaf.
PRICES ON PIRANHARECORDS.NET DO NOT REFLECT THE PRICES IN OUR RETAIL STORE LOCATION. "IN STOCK" ON PIRANHARECORDS.NET DOES NOT REFLECT 'IN STOCK' AT OUR RETAIL LOCATION, HOWEVER IT MEANS WE HAVE QUICK ORDER FULFILLMENT (GENERALLY 2-3 BUSINESS DAYS).
This website uses cookies to personalize content and analyse traffic in order to offer you a better experience.
I accept Learn More
back to top