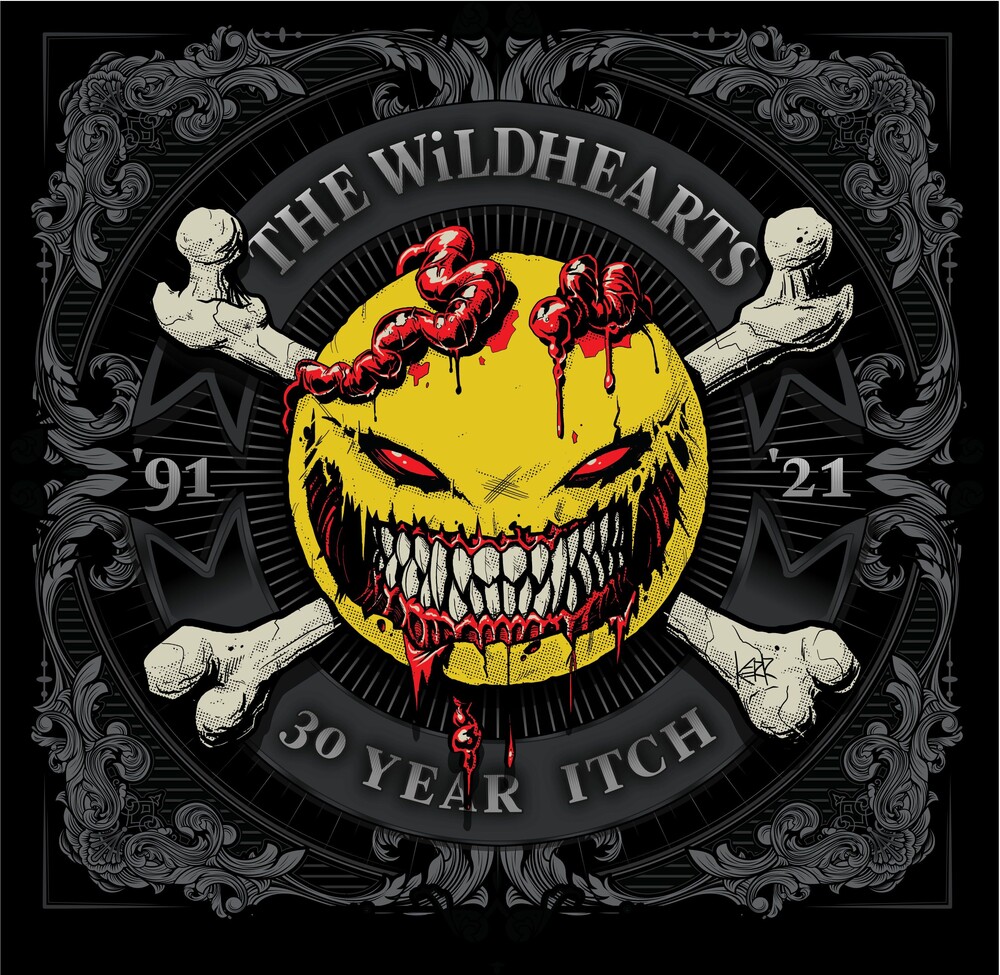 At a time when we are craving live shows more than ever, Round Records presents " The Wildhearts - 30 Year Itch", recorded live during the band's The Renaissance Men and Diagnosis tours during 2019. The 17-track album showcases the incendiary energy that has made The Wildhearts one of the best loved UK live rock acts of the last thirty years. A perfect moment in time, thirty years from the band forming, that shows a band still at the height of their powers, bristling with energy as they deliver classic tracks such as "Caffeine Bomb", "Suckerpunch", and "I Wanna Go Where The People Go". Mastered once again by maestro Dave Draper, this double album captures the band's balls out performance that still kicks the ass of crowds up and down the country, 30 years since they started! The album will also be released featuring an exclusive yellow vinyl version and also a CD version with 4 exclusive postcards, that will only ever be available with this version. The Wildhearts are one of the UK's best loved rock acts. Fronted by the mercurial Ginger, the band have written countless anthems that are woven into the fabric of UK rock music, and are an established live act who consistently sell out venues across The UK and Europe. For all those fans of live music craving something to fill the gap until life returns to normal then this is the album you must have.