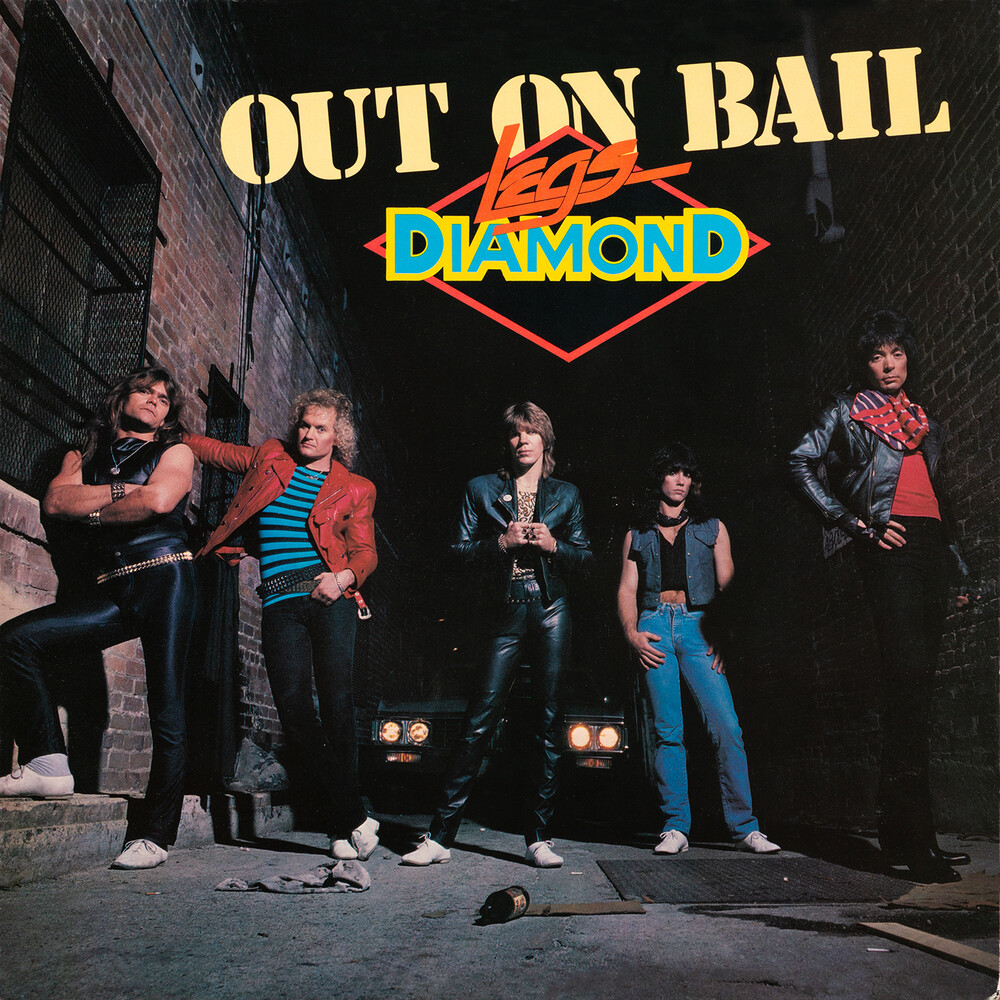 Special Deluxe Collector's Edition / Fully Remastered Audio shaped from 24 BIT digital technology / 5 Bonus Tracks / 16 page full color booklet - 3,500 word essay, enhanced artwork with previously unseen photos and new interviews. NOTHING WAS EVER easy for Legs Diamond. As one of the greatest, yet largely unheralded, groups based in the USA they had experienced a succession of difficulties that under any normal circumstances would have permanently sunk a band. Whilst that possibility had hung over them like a black cloud, causing a few members to question the band's viability and work on other projects, eventually the central core of keyboardist Michael Prince, drummer Jeff Poole and vocalist Rick Sandford came back together with a reinvigorated and determined sense of purpose. Casting around for a new recording opportunity, the band happened upon a new small independent operation from Los Angeles, that had recently issued RATT's highly lauded debut EP, who offered to fund a similar EP for Legs. With the addition of new blood in bassist Mike Christie and hot shot guitarist Jim May, the band entered Sound City Studio in Los Angeles and cut 'Out On Bail', a remarkable record, somewhat controversial for it's partial use of electronic 'triggered' drums. Fortunately the quality of the material easily outshone such criticism, allowing Legs Diamond to be hailed as a welcome return to form. The band's reputation also secured the record a release in the UK and Europe, with the addition of a further two tracks. Songs such as 'Walk Away', 'Fugitive', 'Find Out The Hardway' and the title track attracted considerable attention in the European press, giving the band a new lease of life after years spent battling apathy in their native country. In fact, the record set the scene for Legs to establish something a strong following in Europe.