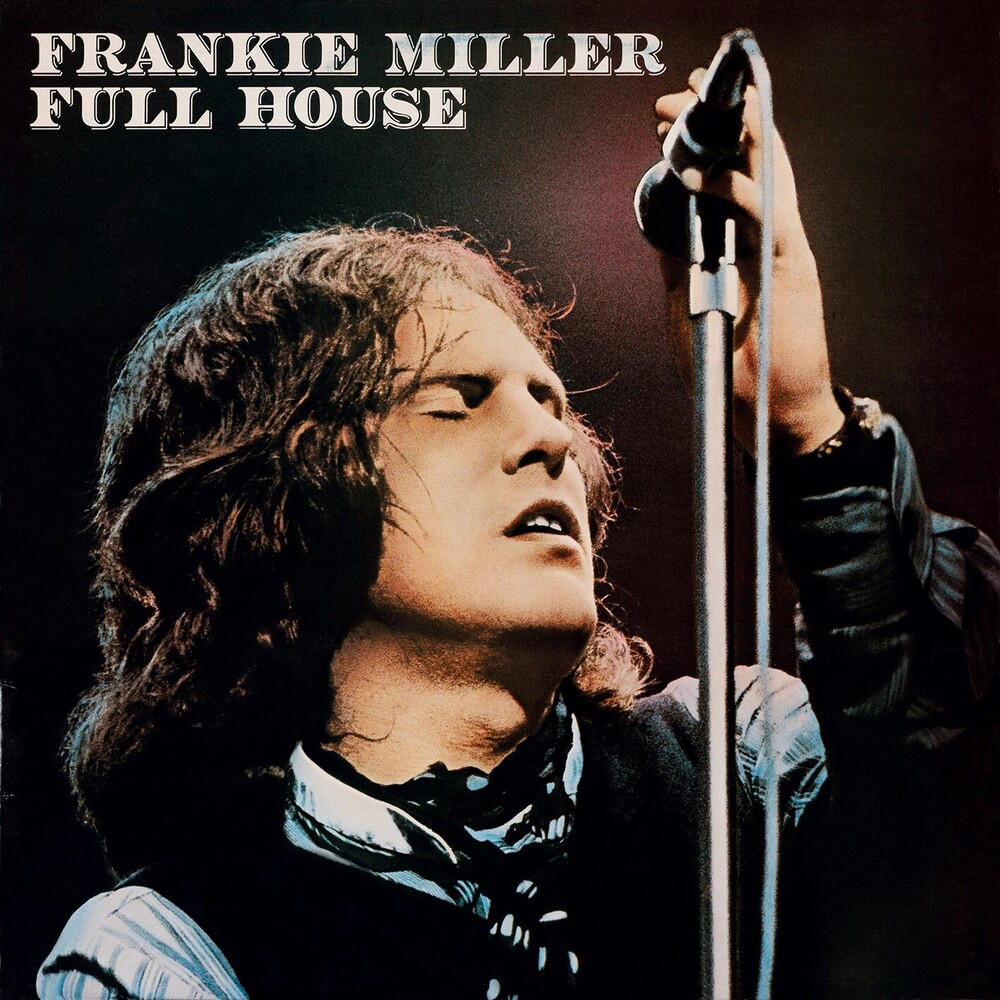 Fully Remastered Audio / The king of Scotland plays his best hand on album #4 / Includes 4 bonus tracks / Produced by Chris Thomas (Procol Harum, Roxy Music) / Includes 'Be Good To Yourself', 'Take Good Care Of Yourself' & 'Jealous Guy' / 16 page full-color booklet, 4,500 word essay with new interviews, enhanced artwork & previously unseen photos - WITH THREE albums already under his belt, Frankie Miller had earned major respect as a vocalist and songwriter but commercial success had persistently evaded him. For some reason, achieving the magical breakthrough had always slipped through his fingers. 'Full House' was another attempt to right wrongs. Frankie assembled a new backing band and recorded an LP with purposeful appeal crammed with a choice selection of freshly penned songs and well-chosen covers. Produced by Chris Thomas, who had scored success with overseeing records by Roxy Music, Procol Harum and also mixed Pink Floyd's 'Dark Side Of The Moon', the album provided yet another clear indication that Miller's talent had been hidden under a bushel for far too long. The opening track 'Be Good To Yourself' (written by Free bassist Andy Fraser) was selected as it's first single and finally gave him chart success in the UK. At this point Frankie's reputation was at an all-time high, giving his record company further belief that this was an act that would eventually reap justifiable rewards. 'Full House' is, in the main, a tough, ballsy record not only showcasing his incredible voice but also developing his profile from bar band singer to fully fledged rock star. Check out the stunning interpretation of John Lennon's 'Jealous Guy' and the low down hard rock of 'Take Good Care Of Yourself', '(I'll Never) Live In Vain' and 'Down The Honky Tonk', a selection of the finest performances by a singer that has been rightfully dubbed the greatest white soul singer of all time.
PRICES ON PIRANHARECORDS.NET DO NOT REFLECT THE PRICES IN OUR RETAIL STORE LOCATION. "IN STOCK" ON PIRANHARECORDS.NET DOES NOT REFLECT 'IN STOCK' AT OUR RETAIL LOCATION, HOWEVER IT MEANS WE HAVE QUICK ORDER FULFILLMENT (GENERALLY 2-3 BUSINESS DAYS).