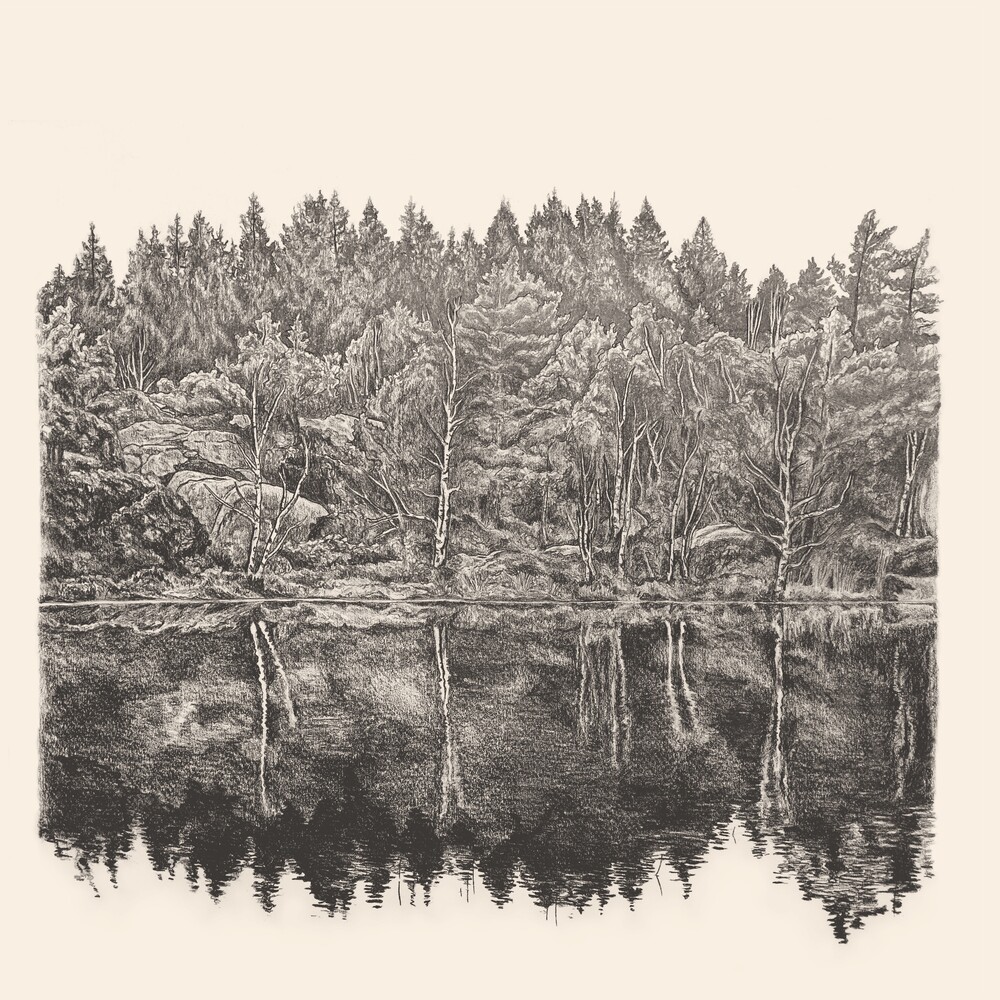 Recorded over the course of three Autumn nights on the west coast of Sweden at the end of a tour in 2018, Fletcher Tucker's Unlit Trail is a record of ritual, and an invitation to enter a ritual domain. Composed in the wake of Tucker's intricately arranged LP Cold Spring, Unlit Trail decomposes and subsumes several songs and sonic elements from that previous work - offering them resurrection in a minimalistic and Plutonian habitat. An uncanny territory populated by trembling leaves, breathing organs, and the animate hooting, scraping, and buzzing of archaic flutes, tuned bowls, and droning strings. Unlit Trail is a single, continuous, long-form piece, containing seven movements split over two record sides. Crafted initially for solo, multi-instrumental live performances, an atmosphere of intimacy and immediacy permeates these woodland cabin recordings. The album opens with the sound of branches burning in the hearth, and Tucker warming his hands to play. Rattling leaves signal the beginning of an earthen ceremony. Sustained organ notes unfurl, swell, and drift through the room - carrying us into a liminal state, beyond ordinary awareness, and onto the unlit trail.
PRICES ON PIRANHARECORDS.NET DO NOT REFLECT THE PRICES IN OUR RETAIL STORE LOCATION. "IN STOCK" ON PIRANHARECORDS.NET DOES NOT REFLECT 'IN STOCK' AT OUR RETAIL LOCATION, HOWEVER IT MEANS WE HAVE QUICK ORDER FULFILLMENT (GENERALLY 2-3 BUSINESS DAYS).