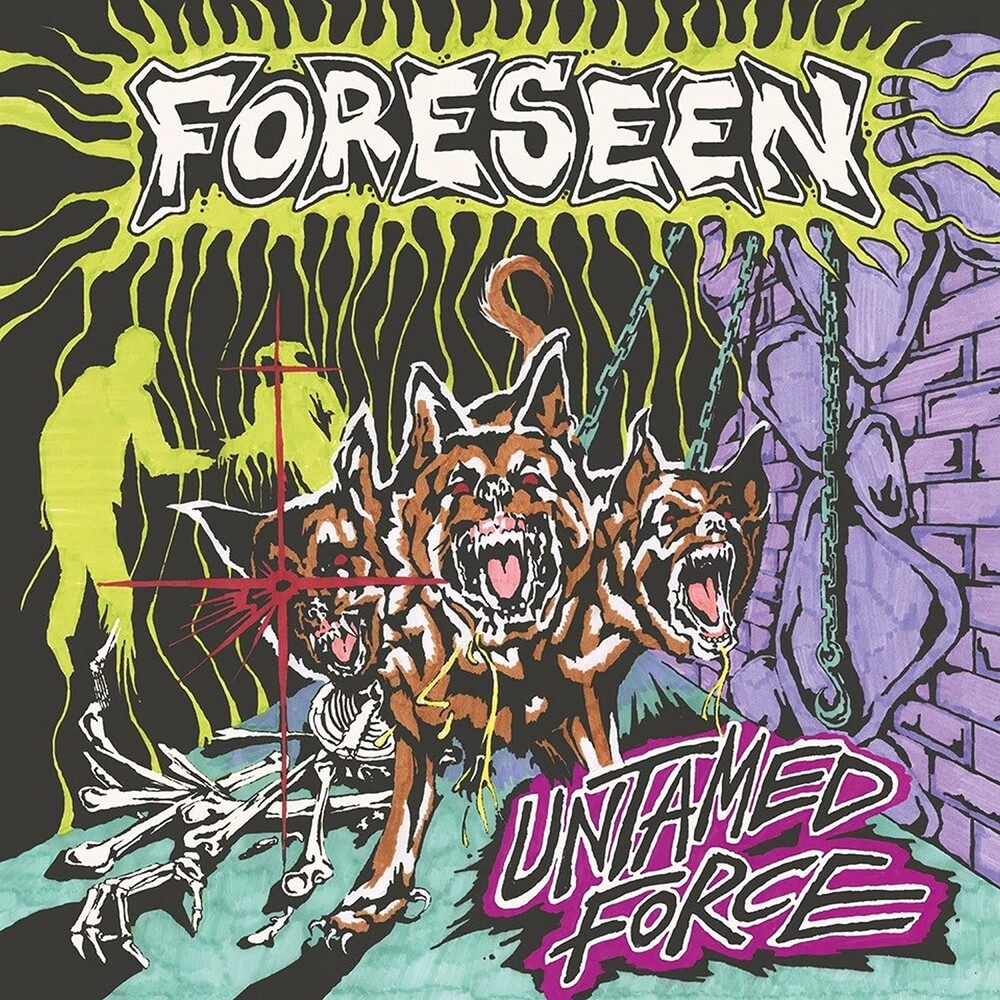 How many hardcore, let alone metal, bands exceed all previous efforts on their third LP? Some might argue that 'Feel The Darkness' was Poison Idea's prime. You could present 'Master Of Puppets' and 'Reign In Blood', if you're so inclined. Let's face it, these are a dying breed of exceptions to the rule. And yet, like an icepick in the eye socket of logic, here stands Foreseen with 'Untamed Force'. In the landmine ridden field that is crossover, where bands can all too easily get it so wrong, Foreseen not only survive the death sentence of their sophomore record "Grave Danger" (2017), but head out on a blunt force killing spree. 'Untamed Force' indeed. Rarely has a record title been more fitting. Vocalist Mirko Nummelin sounds more pissed off than ever, 12 years on. Drummer MĂĄrten Gustafsson's arms and feet generate enough power to make Finland energy self-sufficient. And finally, pushing the band over the edge, separating Foreseen from us feeble bastards, we have new member Ville Valavuo joining Jaakko Hietakangas to form what is arguably the scene's deadliest six string tag-team. Foreseen's power is untamed but at the same time borne from hard work, a love for the craft and their musical community, and absolutely no excuses. Dig in, endure, stomp out, shoot to kill. Foreseen are for headbangers who haven't been brainwashed by click tracks and digital recordings. Foreseen are for punks who can deal with a synth intro and harmonised solos. In 2022, 'Untamed Force' is the guiding principle that can inspire, but not be replicated, by the Kings of Hardcore Thrash.
PRICES ON PIRANHARECORDS.NET DO NOT REFLECT THE PRICES IN OUR RETAIL STORE LOCATION. "IN STOCK" ON PIRANHARECORDS.NET DOES NOT REFLECT 'IN STOCK' AT OUR RETAIL LOCATION, HOWEVER IT MEANS WE HAVE QUICK ORDER FULFILLMENT (GENERALLY 2-3 BUSINESS DAYS).
This website uses cookies to personalize content and analyse traffic in order to offer you a better experience.
I accept Learn More
back to top