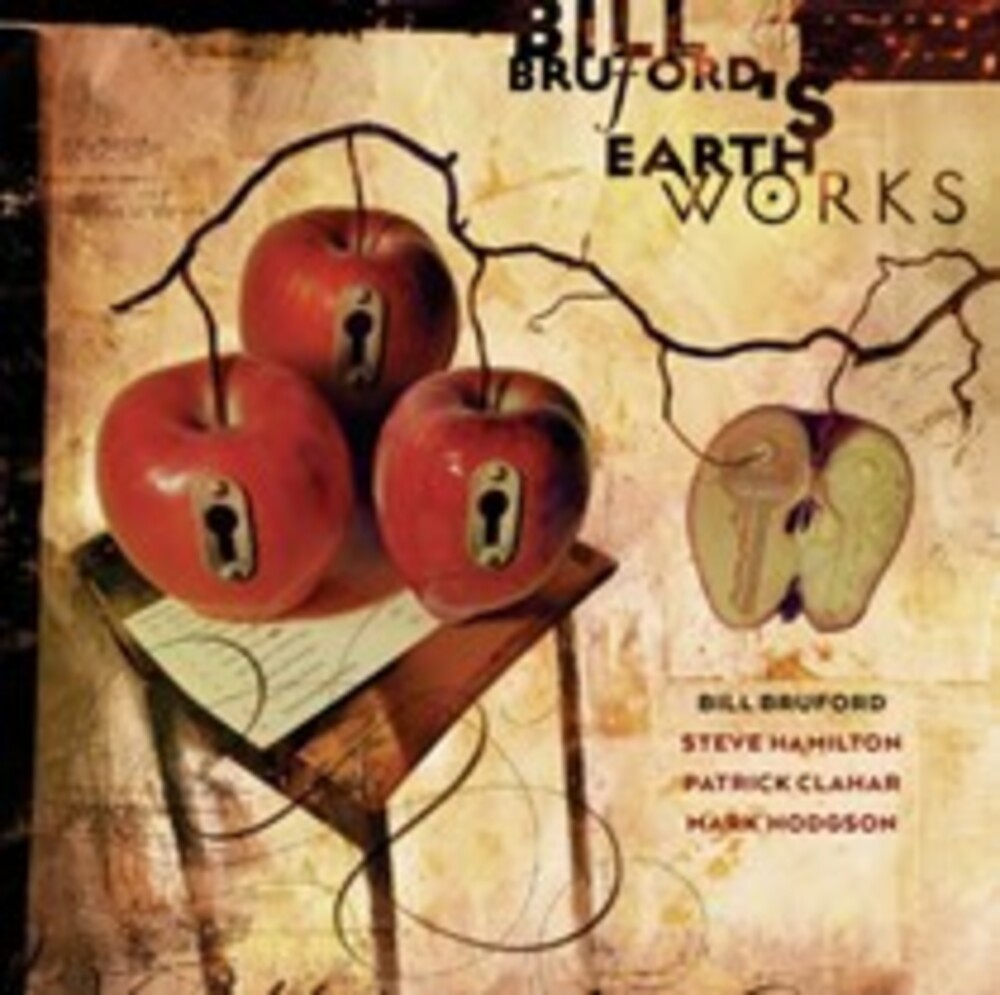 The fifth album from Bill Bruford's Earthworks, originally released in 1999. Featuring pianist Steve Hamilton who trained in the US, and played with Bobby Hutcherson, Freddie Hubbard and Gary Burton among others; with Patrick Clahar, the fast-rising London tenorist best known for his work with Incognito, and Mark Hodgson on bass. Following his mid-90s sojourn with King Crimson, drummer Bill Bruford returned to the scene with his fully-acoustic Earthworks Mark II, which hit the ground running in 1999 with 'A Part And Yet Apart'. Having effectively jettisoned electronic percussion Earthworks revisited the acoustic sax-piano-bass-drums line up with it's muscular, visceral acoustic fusion. This album has been out of print for some time and this re-release is on Bruford's own Summerfold Records and was overseen personally by Bill Bruford
PRICES ON PIRANHARECORDS.NET DO NOT REFLECT THE PRICES IN OUR RETAIL STORE LOCATION. "IN STOCK" ON PIRANHARECORDS.NET DOES NOT REFLECT 'IN STOCK' AT OUR RETAIL LOCATION, HOWEVER IT MEANS WE HAVE QUICK ORDER FULFILLMENT (GENERALLY 2-3 BUSINESS DAYS).
This website uses cookies to personalize content and analyse traffic in order to offer you a better experience.
I accept Learn More
back to top