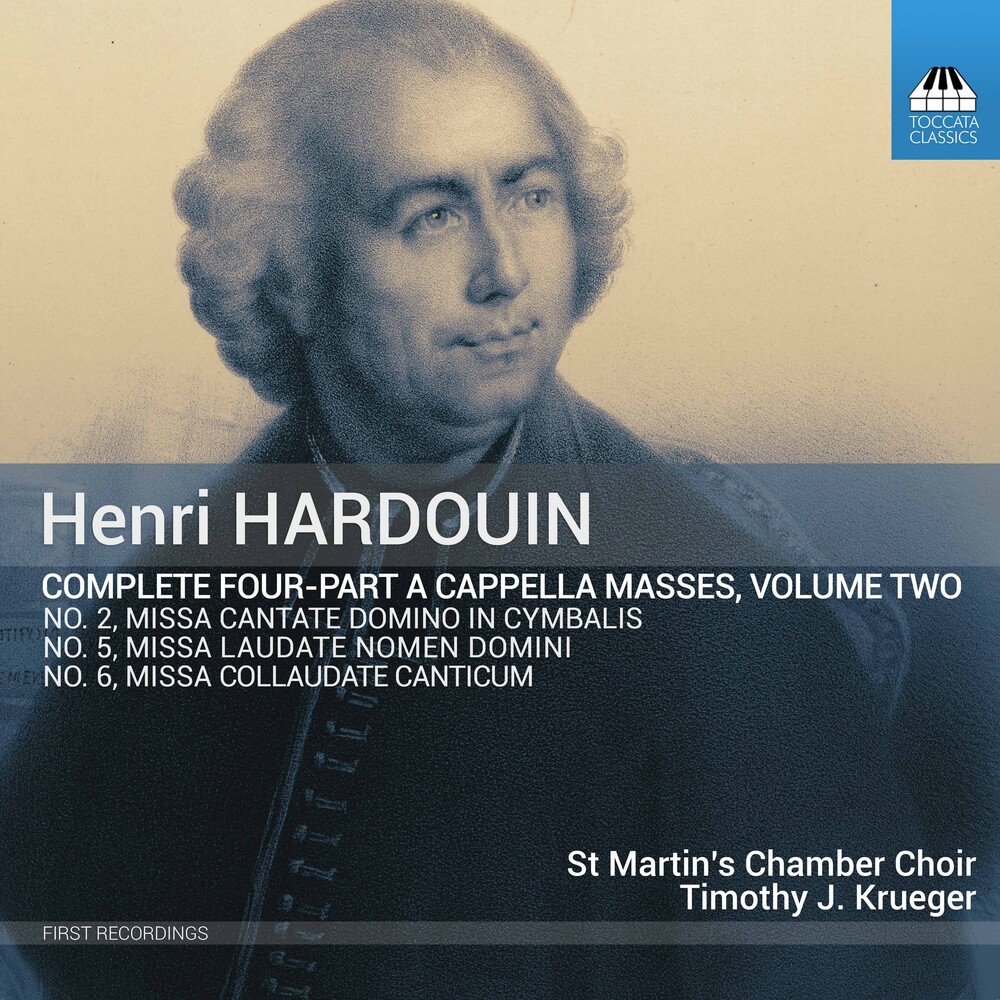 Henri Hardouin (1727-1808) was a chorister in Rheims Cathedral, rising swiftly through the ranks to become maĂ®tre de chapelle - until the French Revolution disbanded religious establishments. As a priest he was in potential danger and seems to have gone into hiding until, in 1794, the death of Robespierre allowed him to resume his duties. Hardouin's six four-part masses, published in 1772, are unusual for their time in being a cappella, and they enjoyed wide circulation in pre-Revolutionary France. Since then they have been roundly neglected - an omission this first complete recording intends to rectify.
PRICES ON PIRANHARECORDS.NET DO NOT REFLECT THE PRICES IN OUR RETAIL STORE LOCATION. "IN STOCK" ON PIRANHARECORDS.NET DOES NOT REFLECT 'IN STOCK' AT OUR RETAIL LOCATION, HOWEVER IT MEANS WE HAVE QUICK ORDER FULFILLMENT (GENERALLY 2-3 BUSINESS DAYS).
This website uses cookies to personalize content and analyse traffic in order to offer you a better experience.
I accept Learn More
back to top