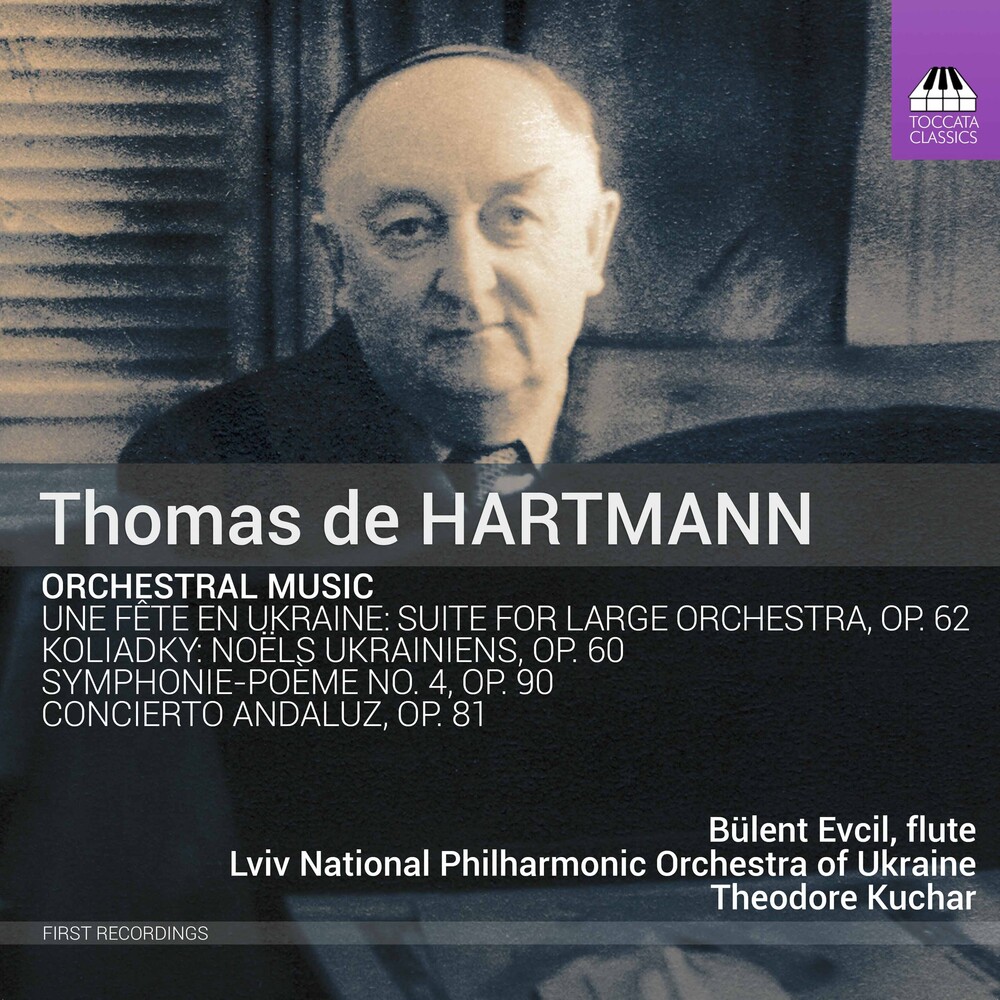 Born in Ukraine, Thomas de Hartmann (1885-1956), a student of both Arensky and Taneyev, achieved fame as a composer in Russia in the early 1900s, and his concert music was later played by some of the major musicians of the day, primarily in Paris. Since his death, he has been remembered mainly for his association with the Caucasian mystic, G. I. Gurdjieff, whom he met in 1916, and his output for the concert hall has fallen into obscurity. The four works receiving their first recordings here reveal a major late-Romantic voice, downstream from Tchaikovsky, contemporary with Rachmaninov, and alert to the discoveries of Stravinsky and Prokofiev.
PRICES ON PIRANHARECORDS.NET DO NOT REFLECT THE PRICES IN OUR RETAIL STORE LOCATION. "IN STOCK" ON PIRANHARECORDS.NET DOES NOT REFLECT 'IN STOCK' AT OUR RETAIL LOCATION, HOWEVER IT MEANS WE HAVE QUICK ORDER FULFILLMENT (GENERALLY 2-3 BUSINESS DAYS).
This website uses cookies to personalize content and analyse traffic in order to offer you a better experience.
I accept Learn More
back to top