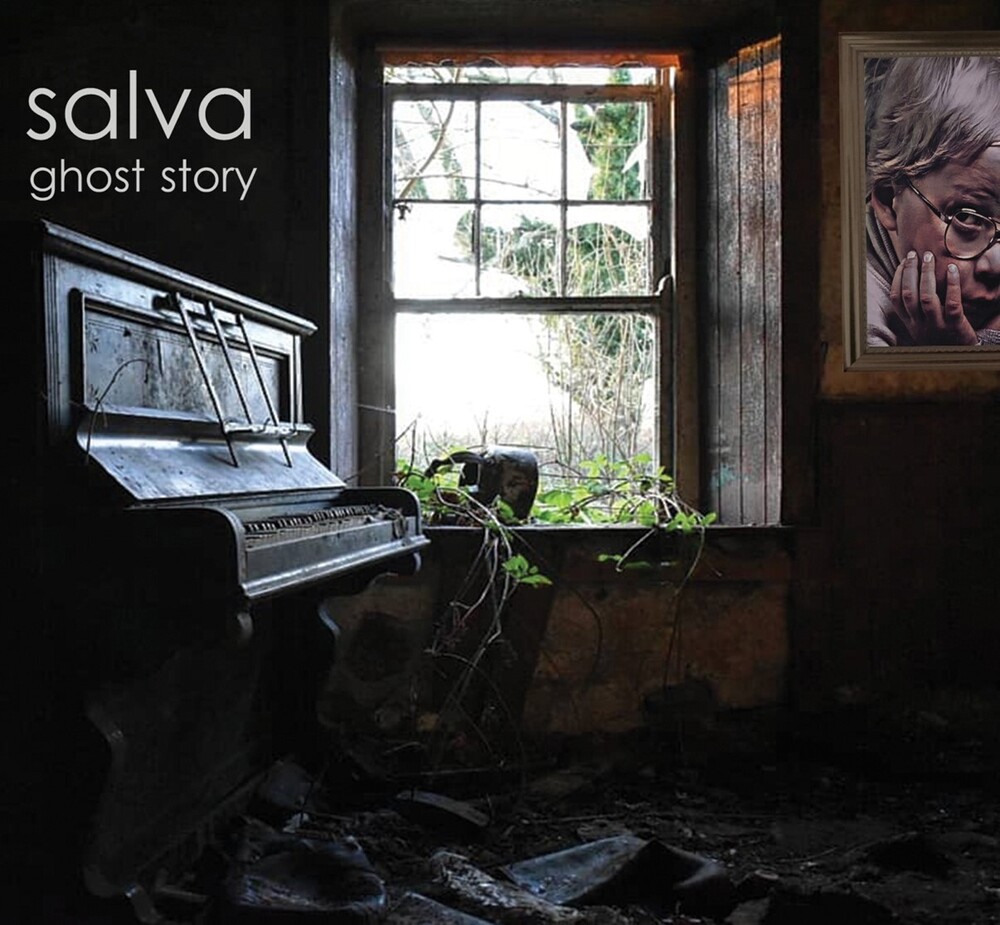 After 6 albums, each of a thematic nature lyrically, Salva release their new album 'Ghost Story', which is their first proper concept album that follows a continuous story line. Composer, Per Malmberg, describes the plot as a simple story of a shy, introverted boy who discovers an overwhelming passion for music at an early age. The music helps him escape the ordinary world and social interaction, which he finds a bit intimidating and alien. During his adolescence he also notices a natural talent for playing and composing music which, in his later teens make him, in spite of his social awkwardness, realize his musical and compositional aspirations by putting a band together. The band is formed and dreams of getting their music out in the world prompts them to make an attempt at the live circuit. They manage to secure a slot at a rock club but at the show, our protagonist is overwhelmed and struck with stage fright making him completely freeze and disaster is a fact. This experience makes him withdraw completely from social life and his only comfort is the world of music where he finds his sanctuary. Musically, the album is full of the trademark Salva-attributes of adventurous twists and turns, lush arrangements and rich powerful sounds.
PRICES ON PIRANHARECORDS.NET DO NOT REFLECT THE PRICES IN OUR RETAIL STORE LOCATION. "IN STOCK" ON PIRANHARECORDS.NET DOES NOT REFLECT 'IN STOCK' AT OUR RETAIL LOCATION, HOWEVER IT MEANS WE HAVE QUICK ORDER FULFILLMENT (GENERALLY 2-3 BUSINESS DAYS).
This website uses cookies to personalize content and analyse traffic in order to offer you a better experience.
I accept Learn More
back to top