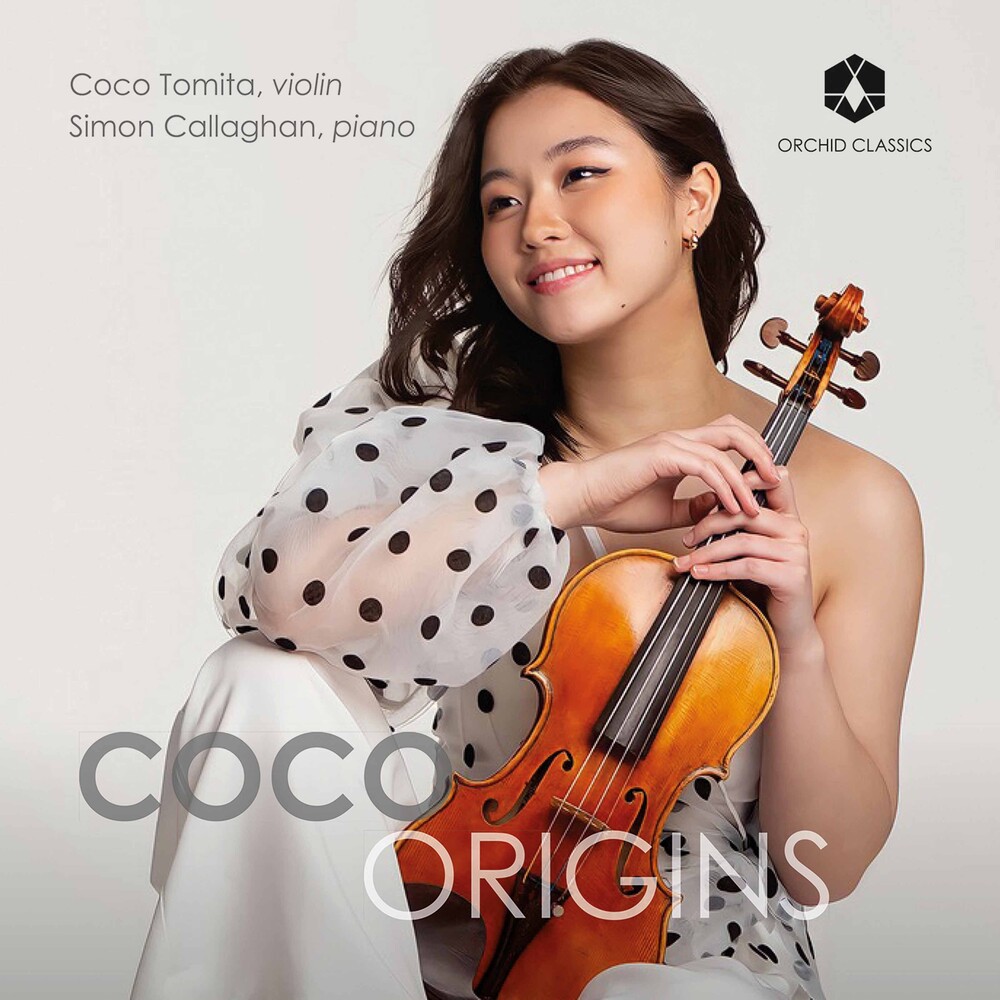 Winner of the Strings Final of the BBC Young Musician in 2020, Coco Tomita's stunning debut album features a varied program, including works by Enescu, Poulenc, Boulanger, Hubay, Ravel and Debussy. The choice of repertoire for her debut recording was entirely Tomita's own: "Having complete freedom over what I wanted to share with the world was amazing, and put simply, I love all the pieces I've chosen deeply. They've resonated with me over the years, and I found really interesting connections between every piece and composer. The program also relates to key figures of the 20th century, especially female violinists I hugely respect." Those violinists include Ginette Neveu, the driving force behind Poulenc's Violin Sonata, and Jelly d'Aranyi - taught by Jeno Hubay, whose Carmen is one of the pieces on the album that Tomita played to such acclaim during the BBC Young Musician. She is particularly fascinated by the Poulenc and Ravel Sonatas, which are at the heart of the album: "there's just so much to explore and express."
PRICES ON PIRANHARECORDS.NET DO NOT REFLECT THE PRICES IN OUR RETAIL STORE LOCATION. "IN STOCK" ON PIRANHARECORDS.NET DOES NOT REFLECT 'IN STOCK' AT OUR RETAIL LOCATION, HOWEVER IT MEANS WE HAVE QUICK ORDER FULFILLMENT (GENERALLY 2-3 BUSINESS DAYS).
This website uses cookies to personalize content and analyse traffic in order to offer you a better experience.
I accept Learn More
back to top