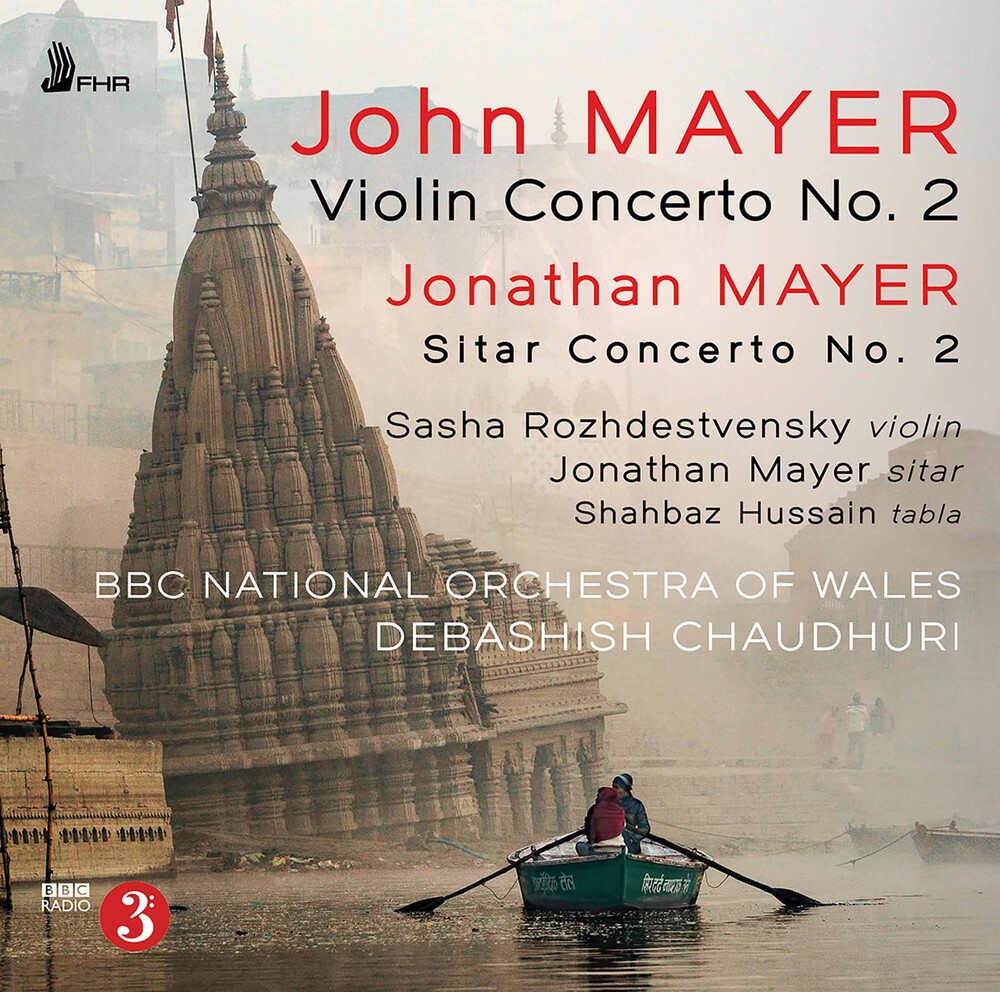 The first true cross cultural fusion of Indian and western music was back in 1957 with John Mayer's Raga Music for Solo Clarinet and through the sixties, seventies, eighties and nineties his musical output reflected his Indian roots. This release celebrates John Mayer's orchestral work and sees the further development from his son Jonathan Mayer, including three premiere recordings and one first commercial release. Included in this album is John Mayer's Second Violin Concerto, originally commissioned for the late Erich Gruenberg in 1978, is it played by Sasha Rozhdestvensky who has a long standing relationship with First Hand Records. Mayer's Concerto for the Instruments of an Orchestra had it's premiere performance in 1976 by The London Philharmonic Orchestra and Bernard Haitink. Jonathan Mayer's Pranam for sitar, tabla and orchestra is inspired by the Indian dance form Kathak and was premiere in the Czech Republic in 2017, it features the composer on sitar and Shahbaz Hussian on tabla. His Second Sitar Concerto was premiered again in the Czech Republic in 2019 and all works are under the baton of the Indian conductor Debashish Chaudhuri.
PRICES ON PIRANHARECORDS.NET DO NOT REFLECT THE PRICES IN OUR RETAIL STORE LOCATION. "IN STOCK" ON PIRANHARECORDS.NET DOES NOT REFLECT 'IN STOCK' AT OUR RETAIL LOCATION, HOWEVER IT MEANS WE HAVE QUICK ORDER FULFILLMENT (GENERALLY 2-3 BUSINESS DAYS).