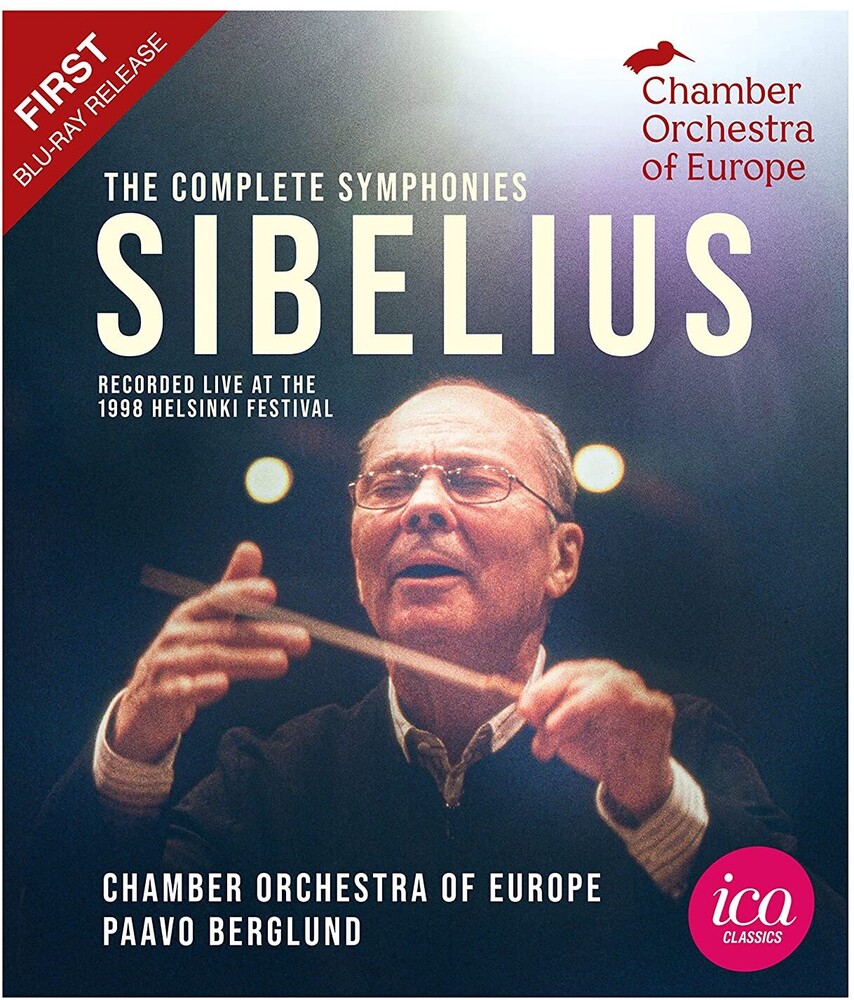 Paavo Berglund, born in Helsinki in 1929, was, until his death in 2012, the greatest of all the contemporary interpreters of Sibelius's music. His idiomatic and convincing recordings have done much to fire the revival of interest in the composer, with vivid performances that capture it's unique qualities of grandeur and instrumental colour. Furthermore, Berglund, who deplored some of the textural changes which had evolved over the years, made every effort to ensure that the editions of the scores used were correct. The Chamber Orchestra of Europe (COE) had for many years a special rapport with the conductor and it was the orchestra who suggested that they perform and record all the Sibelius Symphonies with him. This took place at the Edinburgh International Festival followed by studio recordings for Finlandia and finally, at the Helsinki Festival in August 1998.
PRICES ON PIRANHARECORDS.NET DO NOT REFLECT THE PRICES IN OUR RETAIL STORE LOCATION. "IN STOCK" ON PIRANHARECORDS.NET DOES NOT REFLECT 'IN STOCK' AT OUR RETAIL LOCATION, HOWEVER IT MEANS WE HAVE QUICK ORDER FULFILLMENT (GENERALLY 2-3 BUSINESS DAYS).
This website uses cookies to personalize content and analyse traffic in order to offer you a better experience.
I accept Learn More
back to top