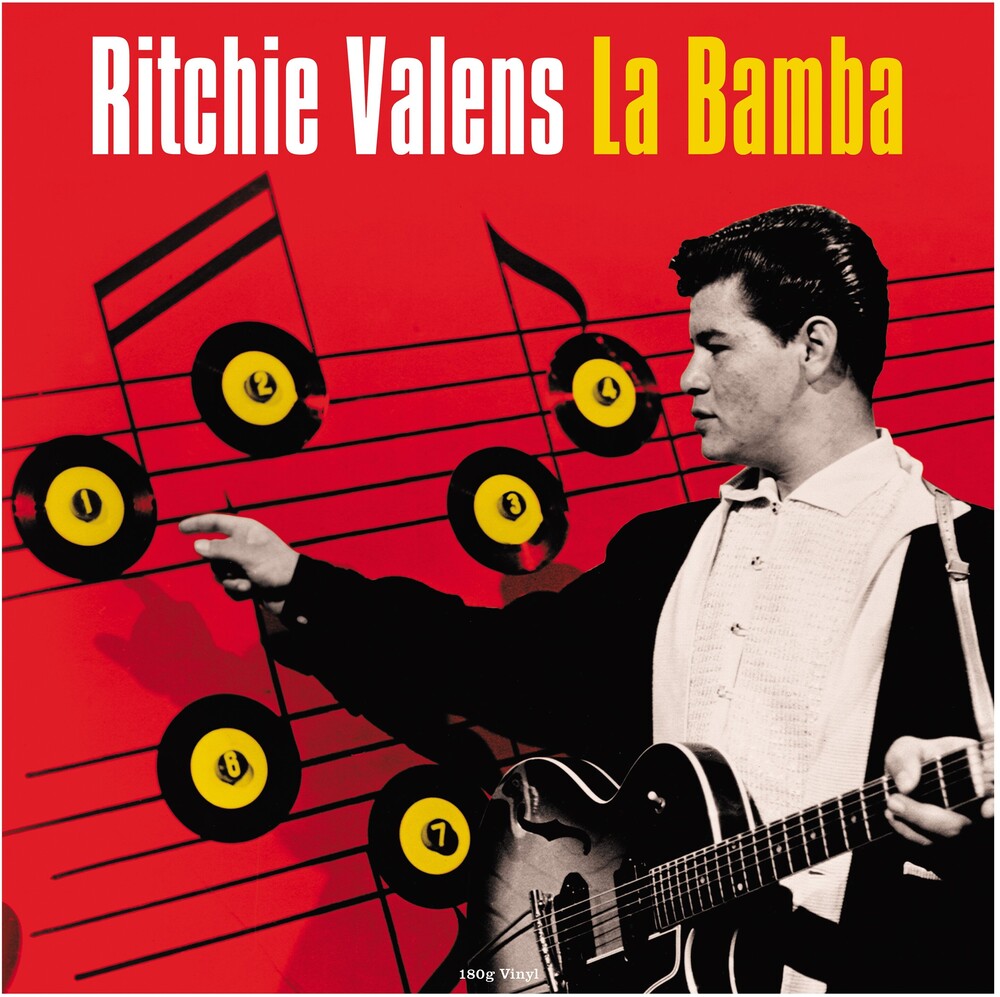 Limited 180gm vinyl LP pressing. His first single Come On, Let's Go was recorded in July 1958 at Studio B of the Gold Star Recording Studios. Phil Spector was also recording To Know Him Is To Love Him with the Teddy Bears, and dropped by Studio B to say hello to Ritchie. Released a couple of weeks later, Ritchie's debut quickly became a number one in Los Angeles. The record went on to be named 'Pick Of The Week' in September's issue of Billboard, soon reaching #42 on the national charts. Valens' follow-up was Donna, which went to #2 on the charts in January 1959. Not only was the record a hit, it was almost eclipsed when radio DJs discovered the B-side, La Bamba, which Valens described as "an old Mexican folk song they play at weddings". This also became a hit, though it only reached #22 - although when La Bamba, the 1987 biopic of Valens was released, the title song went to Number One. From this point on Valens spent most of his time touring the West Coast and beyond, and also managed time for several TV shows and a movie appearance in Go, Johnny Go! So put this record on right now. Let's go!
PRICES ON PIRANHARECORDS.NET DO NOT REFLECT THE PRICES IN OUR RETAIL STORE LOCATION. "IN STOCK" ON PIRANHARECORDS.NET DOES NOT REFLECT 'IN STOCK' AT OUR RETAIL LOCATION, HOWEVER IT MEANS WE HAVE QUICK ORDER FULFILLMENT (GENERALLY 2-3 BUSINESS DAYS).
This website uses cookies to personalize content and analyse traffic in order to offer you a better experience.
I accept Learn More
back to top