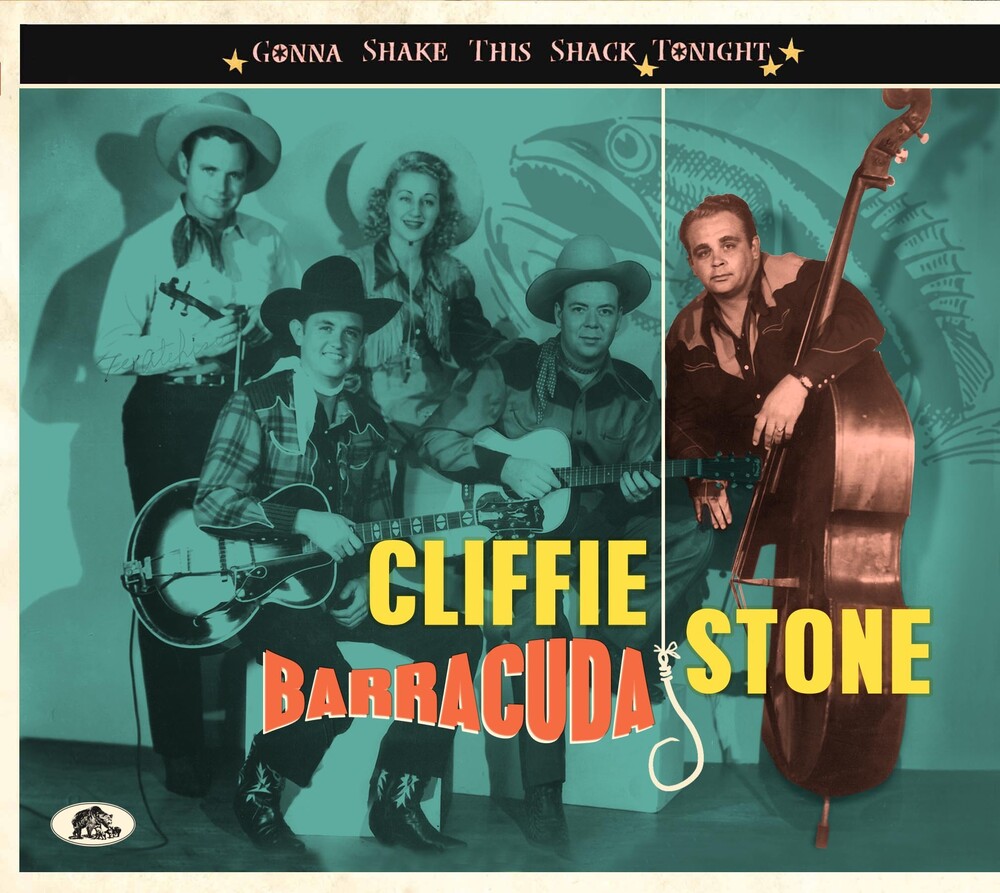 -Without compromises: Bear Family finally delivers the most comprehensive and competent re-view of the career of the country musician, rockabilly pioneer, songwriter, session musician and high-ranking A&R representative at Capitol Records in L.A.. -Beginning in the late '40s, he discovered Tennessee Ernie Ford and Hank Thompson, among others. -At the same time, as a musician, he was involved in the development of rockabilly. -He himself recorded a large number of records for Capitol! -This CD provides the best selection of his recordings from 1947 to 1955, Western Swing, Hillbilly Boogie and Rock 'n' Roll with singers like Billy Strange, Stan Freberg, Speedy West and Ferlin Husky. -With his bands and orchestras he accompanied a lot of colleagues like Tennessee Ernie Ford or Bob Roubian - also a discovery of Cliffie Stone - whose best Rock 'n' Roll numbers we present as well. -Extensive booklet with many photos and a carefully researched biography by Roland Heinrich. He was instrumental in the development of country music and rockabilly on the U.S. West Coast in the years after World War II: Cliffie Stone, born in California in 1917, toured as a country musician with his own bands and orchestras and left significant footprints in music history as a high-ranking A&R representative with a keen sense for talented fellow musicians. As host of various radio shows beginning in the early 1940s and later of his own TV show, Hometown Jamboree, which aired until 1960, he furthered the ca-reers of such peers as Lefty Frizzell, Jim Reeves, Tex Ritter, Johnny Cash, Eddy Arnold, Johnny Horton, Ferlin Husky, Merle Travis and many others who performed on the air. As an A&R man at the young, up-and-coming Capitol Records in Los Angeles, starting in 1947, he discov-ered Hank Thompson and Tennessee Ernie Ford, among others, whom he also managed until 1957, and recorded a host of great records for Capitol himself!
PRICES ON PIRANHARECORDS.NET DO NOT REFLECT THE PRICES IN OUR RETAIL STORE LOCATION. "IN STOCK" ON PIRANHARECORDS.NET DOES NOT REFLECT 'IN STOCK' AT OUR RETAIL LOCATION, HOWEVER IT MEANS WE HAVE QUICK ORDER FULFILLMENT (GENERALLY 2-3 BUSINESS DAYS).