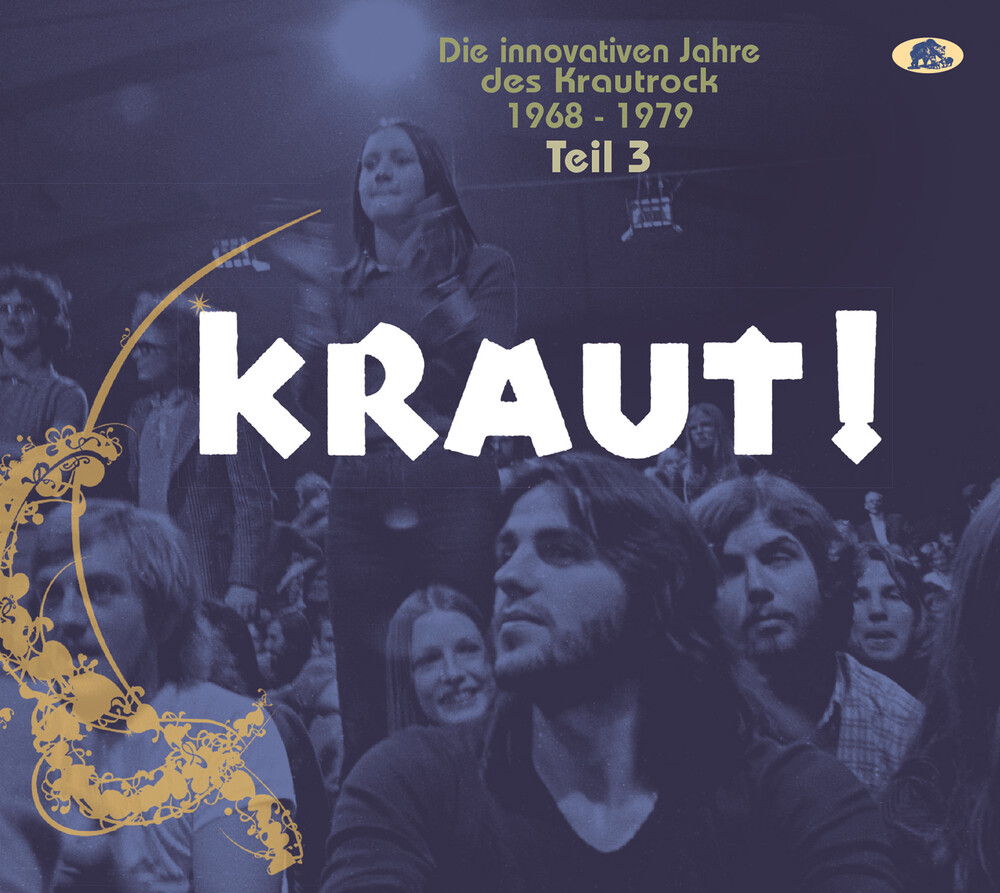 Progressive Rock from Germany!Never before has there been a comparable compilation!Towards the end of the 1960s, German bands began their first attempts to emancipate themselves stylistically from their US and British role models.ProgRock and Pchychedelia from our country were initially smiled at internationally and disparagingly called 'Krautrock' by cult DeeJay John Peel, among others.Unorthodox formations could not be pigeonholed, and so a scene with a wide musical range was created.This third part is dedicated to the South of Germany and presents popular bands such as Embryo, Kraan, Volker Kriegel, Guru Guru next to Action, Dzyan, Sahara, or Octopus and Orange Peel. Mostly remastered from digital tape copies by Marcus Heumann without wasting the original sound.Compiled and commented on 112(!) pages by Burghard Rausch (DeeJay, vinyl collector, drummer, radio presenter/author and book editor).PLEASE, NOTE: liner notes in German!With 'Kraut! Die innovativen Jahre des Krautrock 1968-1979' we will release a double CD every three months in 2020 with a booklet of about 100 pages and biographies of each band, an exquisite selection of the exciting and influential bands of those days, some of which caused a sensation far beyond Germany.The four editions are regionally structured. The third part deals with the South. All editions are compiled by Burghard Rausch and commented on in detail. The publisher of several books on 'Rock in Germany', radio author and presenter, drummer (Agitation Free, among others), vinyl collector and DeeJay with enormous expertise has already been in charge of the NDW series for Bear Family.We are convinced that 'Kraut!' will be the most comprehensive CD documentation of this era, which has shaped the history of rock music in Germany, licensed by various rights holders!