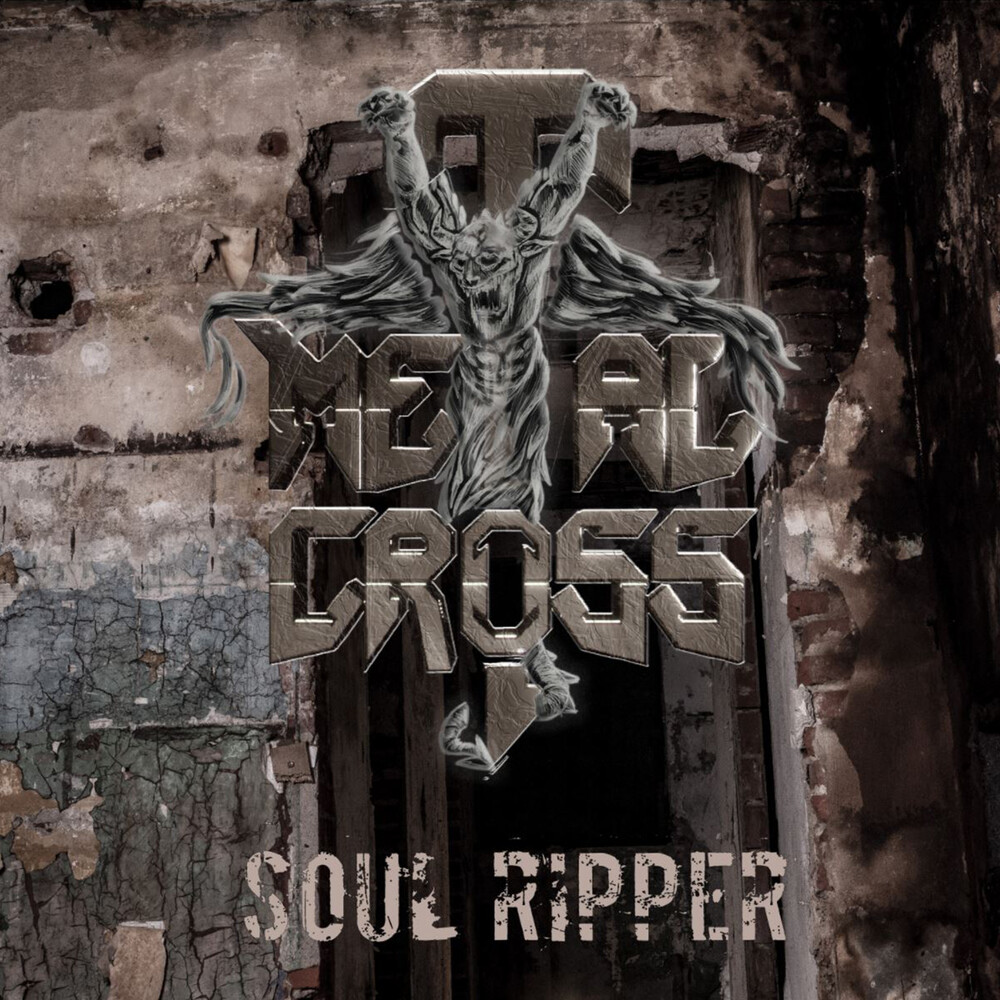 THIRTY-EIGHT YEARS AFTER THEIR FIRST REHEARSAL, SEVEN YEARS AFTER THEIR NOW MYTHICAL CONCERT REUNION AT METAL MAGICFESTIVAL, DANISH CULT HEAVY METAL BAND METAL CROSS IS NOW READY TO ANNOUNCE IT'S FIRST STUDIO ALBUM, "SOUL RIPPER".The upcoming and long-awaited full-length record shows a band on top of their game, melting together the classic heavy metal of their now cult 80's demos "Crucifying The Virgins" and "M.A.D.H.O.U.S.E." with a renewed power and energy. It will indeed rip your soul and leave you thirsty for more from this Scandinavian heavy metal powerhouse. It all began in 1983.Following the release, Metal Cross was persuaded to play a single gig at the Metal Magic Festival in 2014. Prior to the festival performance, the band played a warm up gig for Artillery. After 26 years, Artillery and Metal Cross stood on the same stage one more time! The two jobs exceeded all expectations, and Metal Cross is back in full action again, and has played several festival gigs in Denmark and always with great feedback from the audience. In 2019 the former singer Henrik "Faxe" left the band and Esben Fosgerau Juhl took over his place and went directly into the studio. Metal Cross has since been doing and recording new material through the last couple of years and they're now ready to end the long wait for a first album with "Soul Ripper". Metal Cross ambitions is not to be mistaken. They will hit all the small underground stages, to the bigger festivals and aim for a European tour as well.
PRICES ON PIRANHARECORDS.NET DO NOT REFLECT THE PRICES IN OUR RETAIL STORE LOCATION. "IN STOCK" ON PIRANHARECORDS.NET DOES NOT REFLECT 'IN STOCK' AT OUR RETAIL LOCATION, HOWEVER IT MEANS WE HAVE QUICK ORDER FULFILLMENT (GENERALLY 2-3 BUSINESS DAYS).
This website uses cookies to personalize content and analyse traffic in order to offer you a better experience.
I accept Learn More
back to top