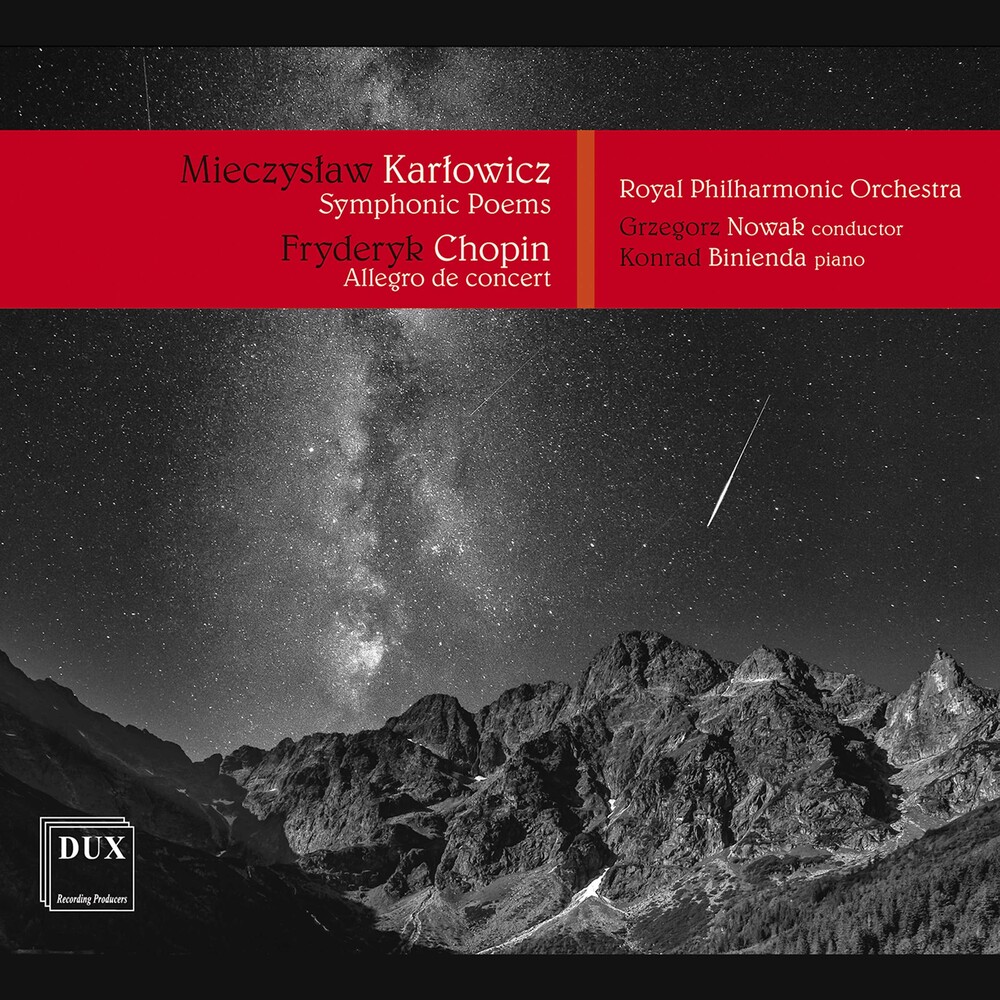 This album includes three symphonic poems by one of the greatest Polish symphonic musicians, pianist Konrad Binienda, performed by pianist Konrad Binienda and the Royal Philharmonic Orchestra conducted by Grzegorz Nowak. In addition, the album features Allegro de concert, Op. 46 by Fryderyk Chopin in Konrad Binienda's original arrangement. Mieczyslaw Karlowicz is currently most often associated with songs and symphonic poems. Although the musical language of the Polish artist, who died an untimely death, can undoubtedly be considered universal (evidenced by his solo piano compositions, plenty of ingenious harmonic solutions, yet rarely performed now), it was on the basis of the symphony that he mastered his compositional technique. As the pianist himself points out, his version of the Allegro de Concert, unlike many others, is based solely on the principles of the Chopin orchestration. The recording was made during a concert of the Orchestra in the concert hall of the Lodz Philharmonic.