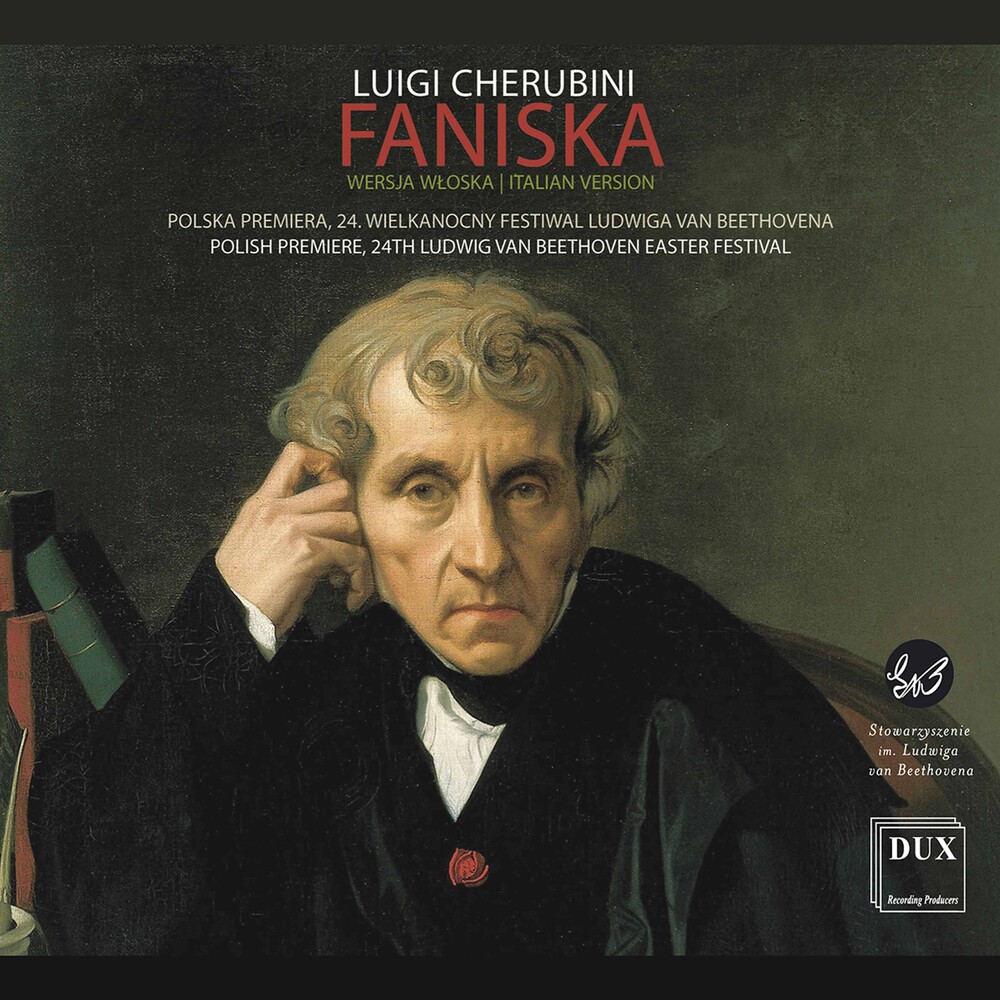 The opera Faniska, which premiered at the Kärntnertor Theatre in Vienna in 1806, is said to have been enthusiastically received by both Haydn and Beethoven. The libretto is available in German and Italian, and is based on the melodrama Les Mines de Pologne by the Nancy-born French playwright René Charles Guilbert de Pixérécourt. The action takes place in Poland, from where the first recording of the opera also comes. Zamoski, the Baron of Sandomir, orders his henchman Oranski to kidnap Faniska, the wife of the Baron of Rava, Rasinski. Faniska is taken to Zamoski's castle. Various attempts to free her fail. After being imprisoned with her husband, the couple finally manage to escape with Rasno's help. Rasinski's soldiers attack the castle, Zamoski is killed, Oranski is captured and put on trial. Faniska is sometimes called an opéra comique, but more often (and more accurately) an opera in three acts or even a 'grand heroic opera'. Like Lodoïska, Faniska is a typical example of the 'rescue opera' genre. Cherubini invested all his melodic talent in this work. Compared to Lodoïska his talent has clearly gained in quality. Natalia Rubis sings the technically difficult title role very sensitively and with a beautifully led but somewhat tight voice. Krystian Adam remains all too pale as her husband Rasinski. In the role of Rasno Piotr Kalna's singing is rather strained. The supporting roles are more or less well cast. With only one really good voice, that of bass-baritone Robert Gierlach as Zamoski, the vocal side is somewhat weak. On the other hand, Lukasz Borowicz is all the more impressive as the conductor. He puts a lot of lightness and transparency into the orchestral part, which he controls admirably, enlivening it with many details. Because Cherubini's score is so imaginative and so closely connected to the drama, this counts for a lot.
PRICES ON PIRANHARECORDS.NET DO NOT REFLECT THE PRICES IN OUR RETAIL STORE LOCATION. "IN STOCK" ON PIRANHARECORDS.NET DOES NOT REFLECT 'IN STOCK' AT OUR RETAIL LOCATION, HOWEVER IT MEANS WE HAVE QUICK ORDER FULFILLMENT (GENERALLY 2-3 BUSINESS DAYS).