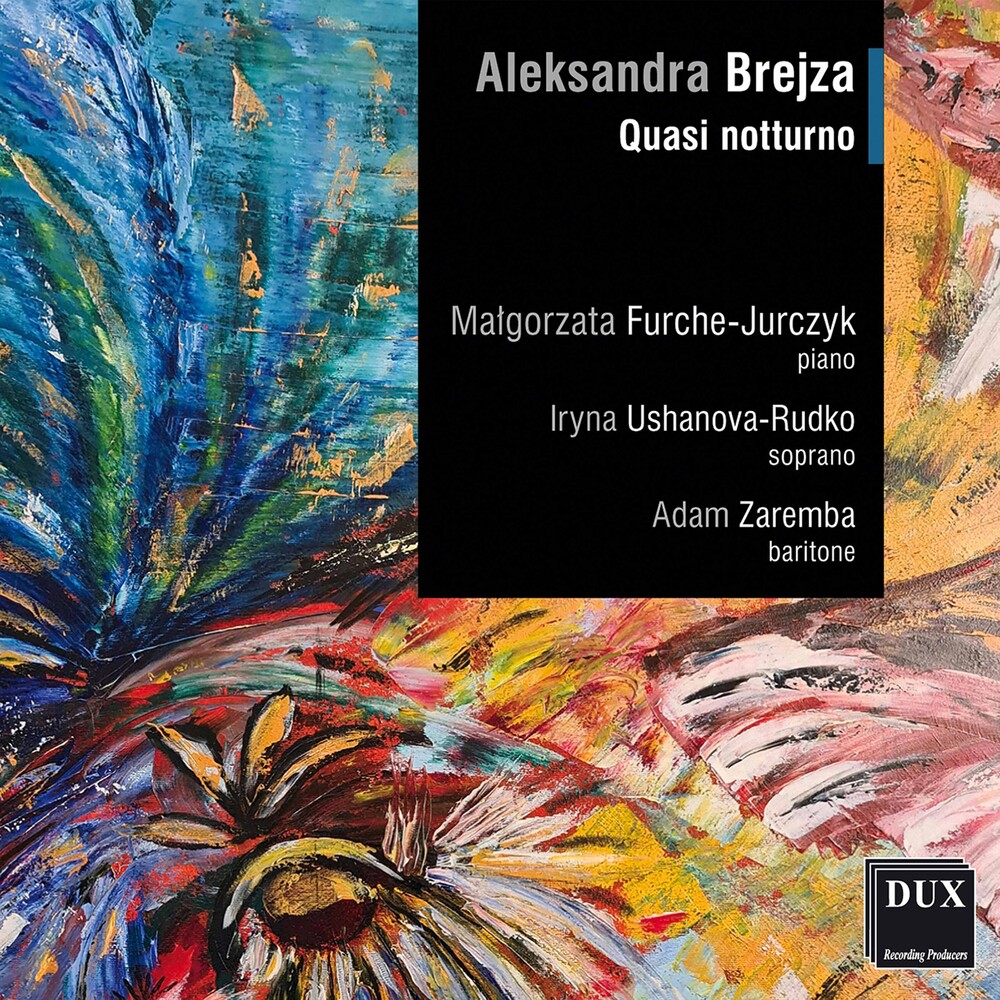 Aleksandra Brejza is a graduate of the Department of Composition and Theory of Music of the Feliks Nowowiejski Academy of Music in Bydgoszcz in the composition class of Prof. Franciszek Wozniak. She participated in the Young Composer Courses organized by the Polish Composers' Union (1988) and in the International Composers' Courses held as part of the Bartók Seminar in Szombathely, Hungary (1992). Her output includes mainly chamber pieces (especially piano pieces and songs), choral compositions, larger vocal and instrumental forms as well as compositions for children. Aleksandra Brejza's pieces have been performed in, among others, Poland, Germany, France, the USA, Russia, the Czech Republic, Hungary, Ukraine, Latvia, and Lithuania. Her works have been conducted by, Michal Nesterowicz, Anna Szostak, Andris Vecumnieks, and Kinga Litowska. The composer was twice awarded in the Tadeusz Baird Competition for Young Composers of the Polish Composers' Union for her String Quartet (1989) and Ultima moriar for great symphony orchestra (1993). She also received the 1st honorable mention and the Award of the Mayor of the City of Gdansk in the International Composers' Competition 'Pomorski Siew sw. Wojciecha' for Kantyczki for mixed choir (1996). She is also a finalist of the New London Choir Choral Composition Prize 2000 (for Psalm Iudica me! For mixed choir) and winner of the 2nd prize in the National Psalmodic Competition in Katowice (2002).
PRICES ON PIRANHARECORDS.NET DO NOT REFLECT THE PRICES IN OUR RETAIL STORE LOCATION. "IN STOCK" ON PIRANHARECORDS.NET DOES NOT REFLECT 'IN STOCK' AT OUR RETAIL LOCATION, HOWEVER IT MEANS WE HAVE QUICK ORDER FULFILLMENT (GENERALLY 2-3 BUSINESS DAYS).
This website uses cookies to personalize content and analyse traffic in order to offer you a better experience.
I accept Learn More
back to top