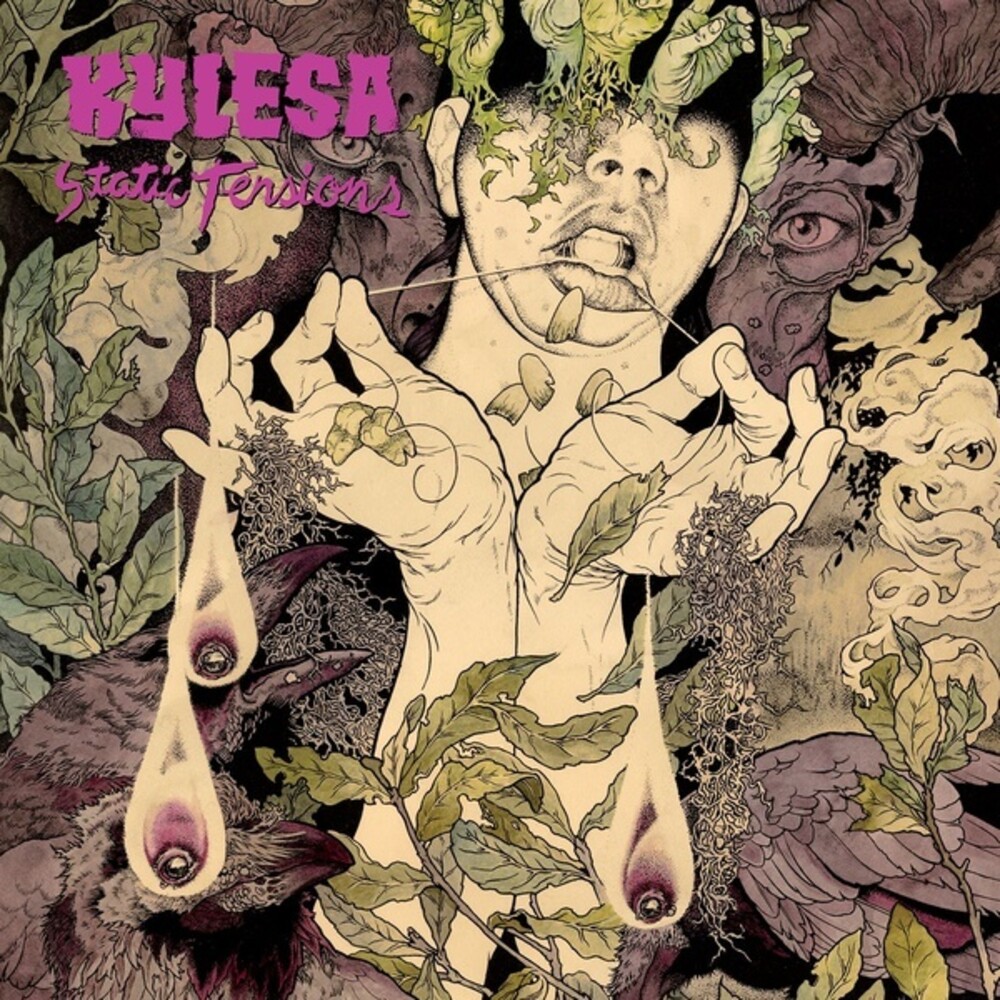 Vinyl LP pressing. Static Tensions is the fourth studio album by the American band Kylesa, released in 2009. The artwork and layout was created by John Dyer Baizley of the band Baroness. Static Tensions is a sludge metal album. On the album, Kylesa features a three singer- and two drummer-lineup, which distinguishes the band from all the others. On the album there's a lot of downtuned guitars and different singing styles such as shouting, crooning or croaked singing styles, along with elements from stoner rock, sludge rock, psych-rock and alternative rock.
PRICES ON PIRANHARECORDS.NET DO NOT REFLECT THE PRICES IN OUR RETAIL STORE LOCATION. "IN STOCK" ON PIRANHARECORDS.NET DOES NOT REFLECT 'IN STOCK' AT OUR RETAIL LOCATION, HOWEVER IT MEANS WE HAVE QUICK ORDER FULFILLMENT (GENERALLY 2-3 BUSINESS DAYS).
back to top