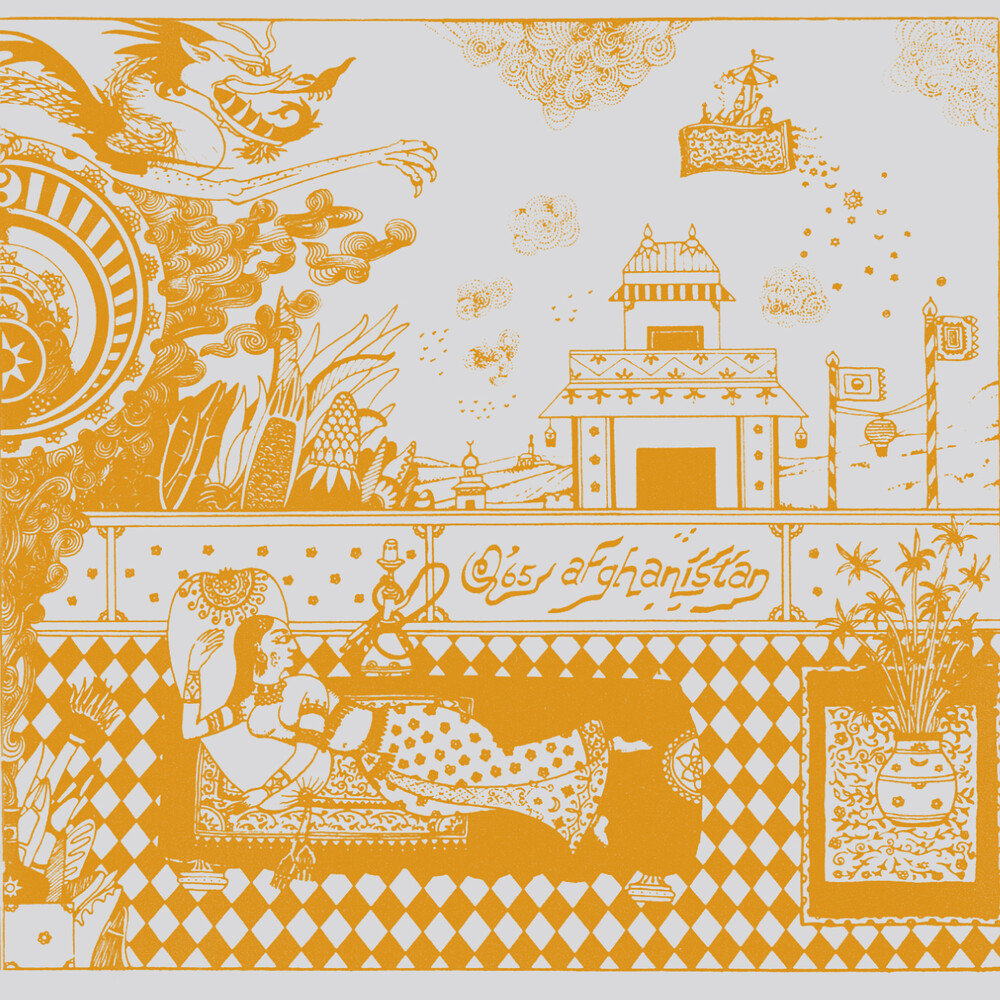 Q65 was a Dutch garage rock and psychedelic group formed in 1965 and considered as one of the more prominent bands associated with the Dutch rock wave (Nederbeat) of the 60's. Inspired by bands such as The Kinks, The Animals and most of all by the way The Rolling Stones interpreted the Rhythm & Blues from blues masters like Willie Dixon and Muddy Waters. 'Afghanistan' is the third Q65 album released in October 1970. The album contains both, one LP side of studio recordings featuring Golden Earring members Rinus Gerritsen and Barry Hay on several numbers and one full LP side "Rock & Roll Medley, recorded 'LIVE' at Sarasani, on the Dutch island Texel.