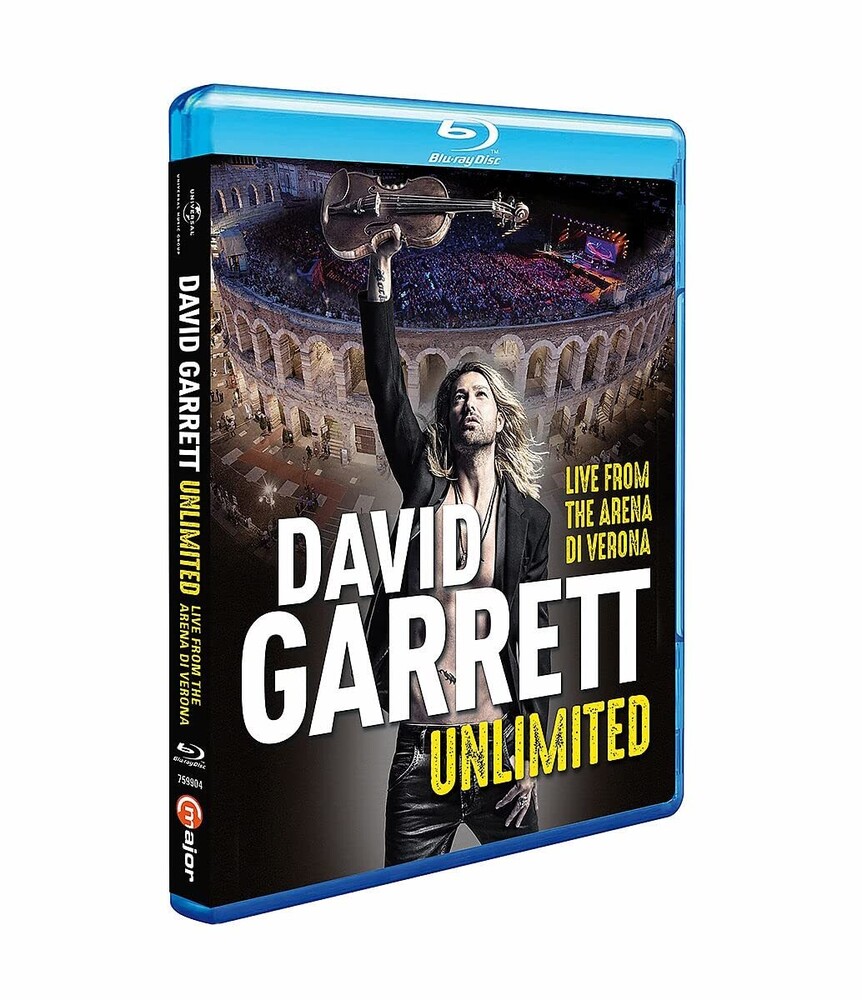 Star violinist David Garrett celebrates his ten-year spectacular crossover program with thousands of fans in the extraordinary atmosphere of the Arena di Verona, Italy. Performing his Greatest Hits of brilliant interpretations of rock classics like "We Are The Champions" or "Smells Like Teen Spirit" and world-famous pop songs like "Viva La Vida" or "Hey Jude" and his arrangements of classical melodies like Beethoven's 5th Symphony, David Garrett left a thrilled audience in the Arena. Praised for pioneering the modern crossover trend as well as his exceptionally virtuous playing, David Garrett is equally at home at performing the most intricate classical compositions with the world's leading conductors and orchestras as well as the most crowd-pleasing stadium rock hits. He combines rock star charisma with the kind of virtuosity innate only to the best instrumentalists of our time. Admired by all of his fans around the world, David Garrett has sold millions of tickets so far and earned 25 gold and 17 platinum awards in places as diverse as Hong Kong, Germany, Mexico, Taiwan, Brazil, Singapore, and many others.
PRICES ON PIRANHARECORDS.NET DO NOT REFLECT THE PRICES IN OUR RETAIL STORE LOCATION. "IN STOCK" ON PIRANHARECORDS.NET DOES NOT REFLECT 'IN STOCK' AT OUR RETAIL LOCATION, HOWEVER IT MEANS WE HAVE QUICK ORDER FULFILLMENT (GENERALLY 2-3 BUSINESS DAYS).
This website uses cookies to personalize content and analyse traffic in order to offer you a better experience.
I accept Learn More
back to top