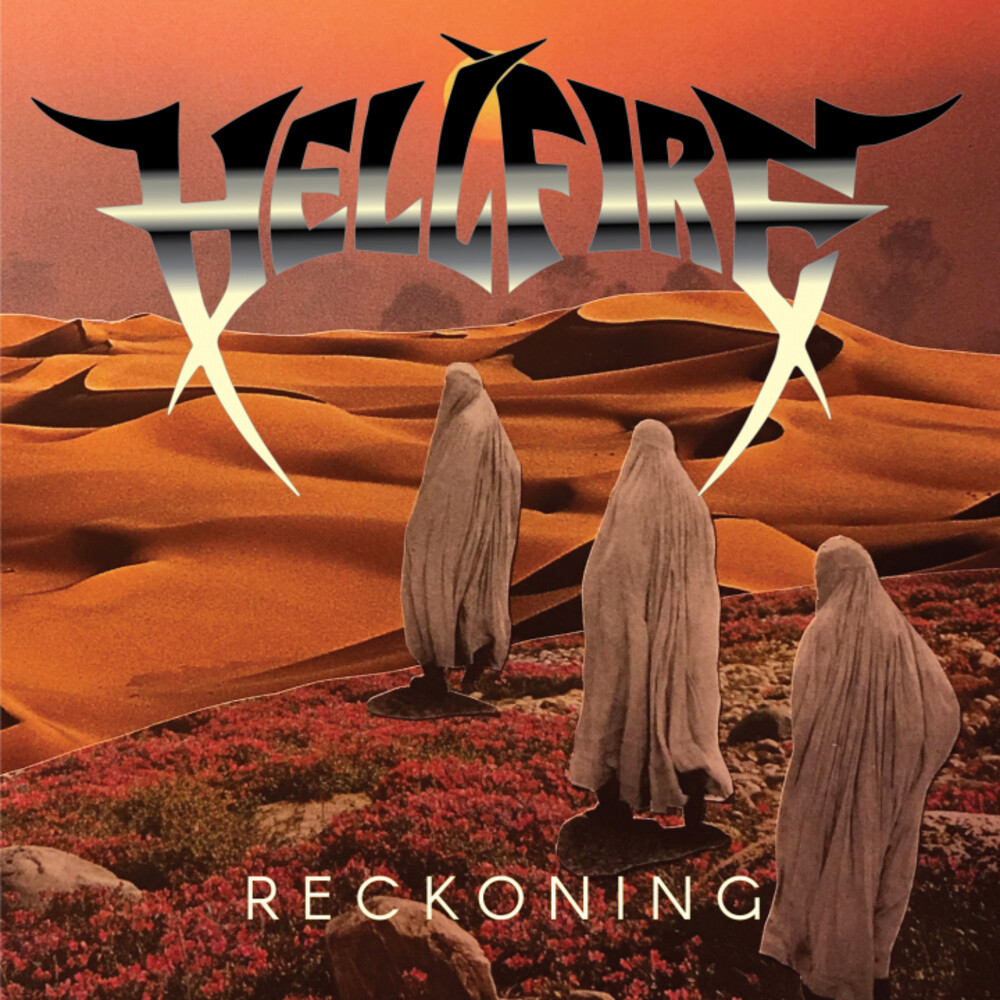 Sometimes a band grows so exponentially from one record to the next, it's almost jarring. Hell Fire has already established themselves as the preeminent masters of a new hybrid breed of Bay Area thrash and NWOBHM in just a few short years, but their fourth album Reckoning is the type of ascendance that truly sets a band apart. Reckoning is their Master Of Puppets, their Number Of The Beast, their Defenders Of The Faith. From the very first notes of the album opening title track, you can feel a vital new energy and inspiration to their music. To say Hell Fire used the recent global downtime to dig within and fully refine their sound would be an understatement. It truly is a reckoning. "This album is every aspect of our band amplified to it's maximum potential," says singer / guitarist Jake Nunn. "This is the record we've always wanted to make, and it feels like we're just getting started," guitarist Tony Campos adds. "We wanted to push ourselves musically and capture some of our frustrations, anger, loneliness, and rage over being locked inside and dealing with life during a global pandemic in the days when no one really knew how to navigate," says drummer Mike Smith. With no touring on the horizon in 2020, the band hunkered down and recorded nearly a full album in preproduction home demos. "I set up a little studio in my garage to record guitar, bass, and vocal tracks," Campos says. "While Mike bought an electronic drum set and we demoed every song so we were more prepared going into the studio." Each of them found themselves practicing more on their own and ironing out every last detail and nuance before finally being able to once again play in a room together. The band's heightened professionalism also brings in guest bassist Matt Freeman (of Rancid and Operation Ivy fame) on the album after original bassist Herman Bandala departed the band amicably during the initial writing process. New bassist Kai Sun joined Hell Fire in Fall 2021.
PRICES ON PIRANHARECORDS.NET DO NOT REFLECT THE PRICES IN OUR RETAIL STORE LOCATION. "IN STOCK" ON PIRANHARECORDS.NET DOES NOT REFLECT 'IN STOCK' AT OUR RETAIL LOCATION, HOWEVER IT MEANS WE HAVE QUICK ORDER FULFILLMENT (GENERALLY 2-3 BUSINESS DAYS).
This website uses cookies to personalize content and analyse traffic in order to offer you a better experience.
I accept Learn More
back to top