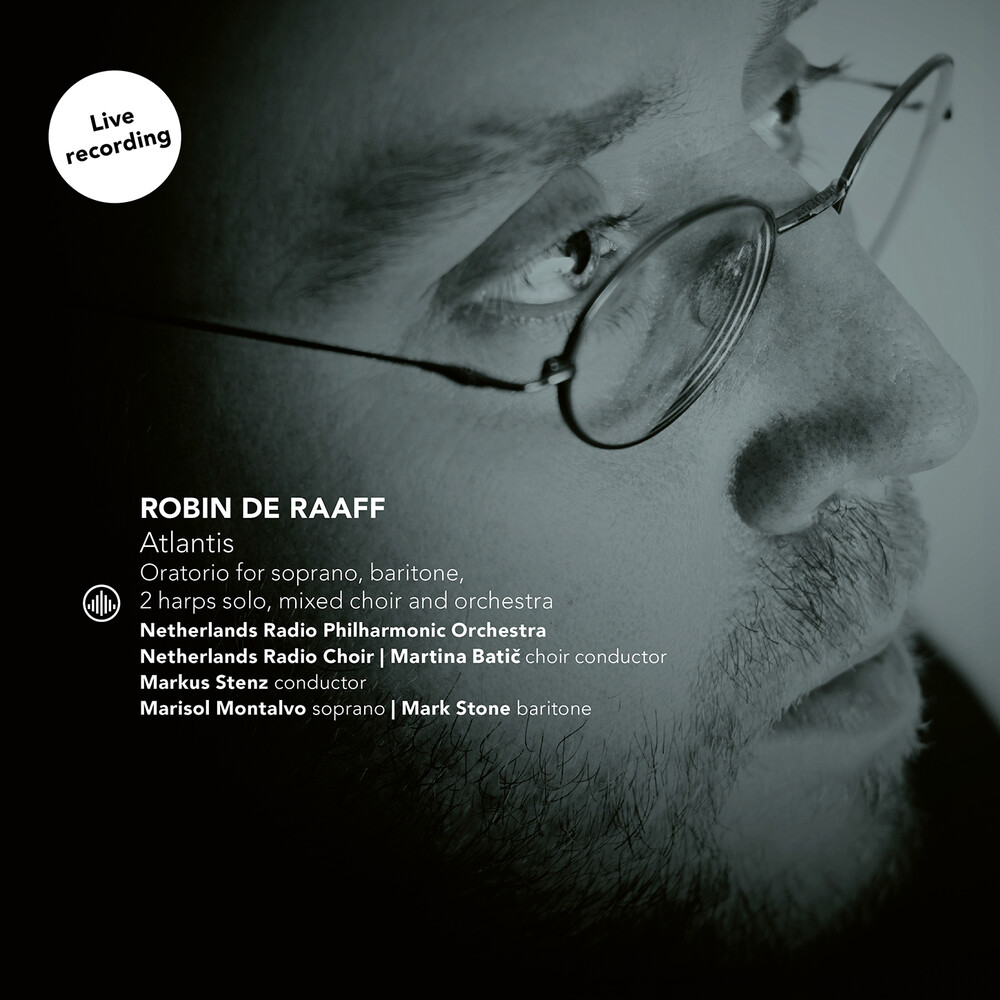 Robin de Raaff completed Atlantis in the summer of 2016. The work is one that predominantly seems to progress from light to dark, with voice and instruments frequently melding into an overall sonority. That said, where the text is of major significance, de Raaff uses the voice as a lyrical element to let it soar above the orchestral timbres. To a large extent, Atlantis is based on "Atlantis", the final poem in Hart Crane's collection Bridges. Boulez, the last surviving giant of post-War modernism, passed away while de Raaff was working on Atlantis. "Boulez was the great proponent of modernism. The island that modernism actually was simply disappeared when he died. This is why I felt a homage would be appropriate." As de Raaff has the tonal focus descend more or less chromatically for each stanza, a feeling arises of a sinking movement. He also makes the feeling of sinking away below the mirror surface of the ocean musically understandable by using ever darker sounding instruments. The oratorio Atlantis is not just an argument for the use of contemporary vocal skills as an element of the entire history of music, but also and primarily a warning about stewardship of water and the future of our planet.