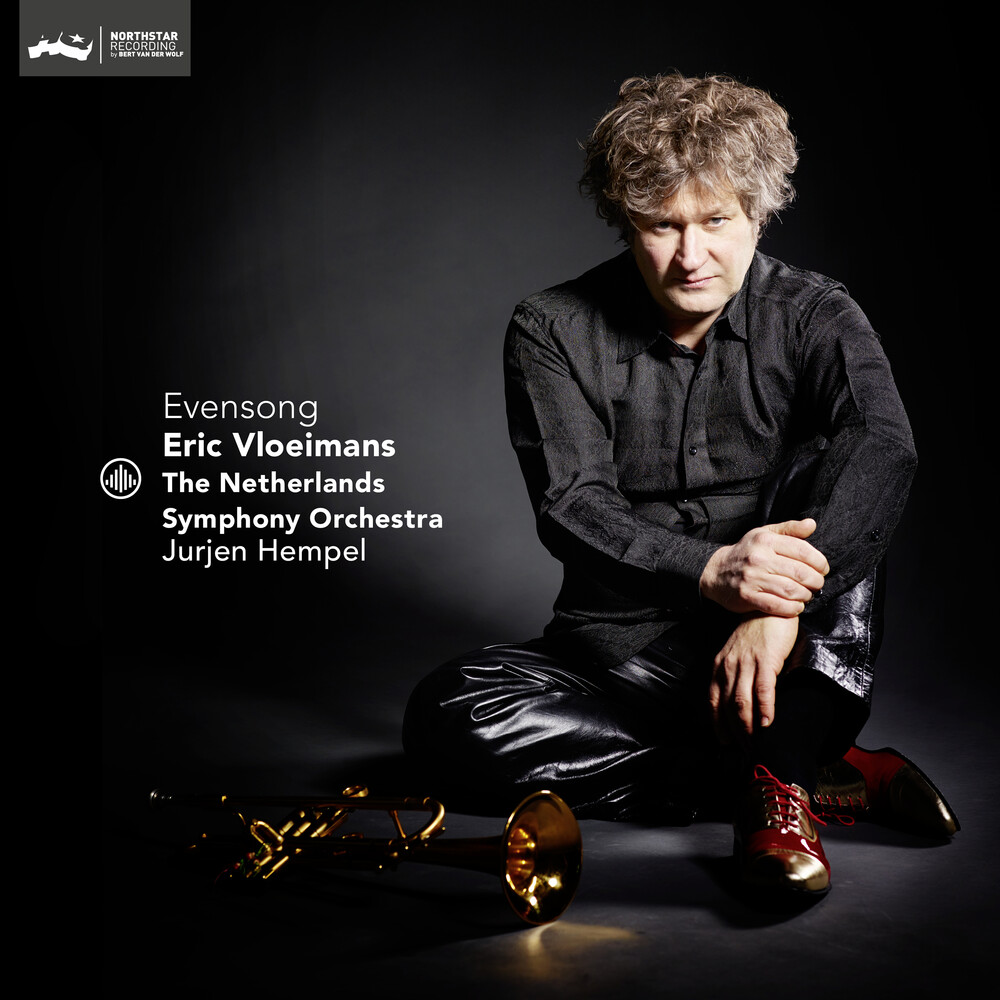 This album is a unique collaboration between Eric Vloeimans and a full scale classical orchestra. Together with the orchestra and conductor Jurjen Hempel, Vloeimans strikes a bridge between many different styles, from classical to jazz, from western to eastern. The principle work on this album is in fact Vloeimans' very own trumpet concerto, Evensong in four movements which he wrote in collaboration with composer and arranger Martin Fondse. The piece Lex was written as the film score to the film Auditie/Audition (2011) an animation film about Lex van Weeren (1920-1996), a Jewish trumpet player and orchestra conductor who survived Auschwitz because he became the camp orchestra conductor and trumpet player in the camp orchestra. Waterfront was written for an open air concert at the Kralingse Plas lake and was in fact inspired by the music Leonard Bernstein wrote for the Oscar award winning film On the Waterfront. It has all the elements we expect from a film score: a long opening shot, introduction of the main character, suspense and high-energy action scene, to wind up with the finale: the title song. About the piece Requiem, Vloeimans states: I had no firm plans to write a classical requiem. Nothing serious had happened in my life that would call for an elegy. But magic went it's own way, and things happened as they did: the composition ultimately wrote itself and became this Requiem.
PRICES ON PIRANHARECORDS.NET DO NOT REFLECT THE PRICES IN OUR RETAIL STORE LOCATION. "IN STOCK" ON PIRANHARECORDS.NET DOES NOT REFLECT 'IN STOCK' AT OUR RETAIL LOCATION, HOWEVER IT MEANS WE HAVE QUICK ORDER FULFILLMENT (GENERALLY 2-3 BUSINESS DAYS).