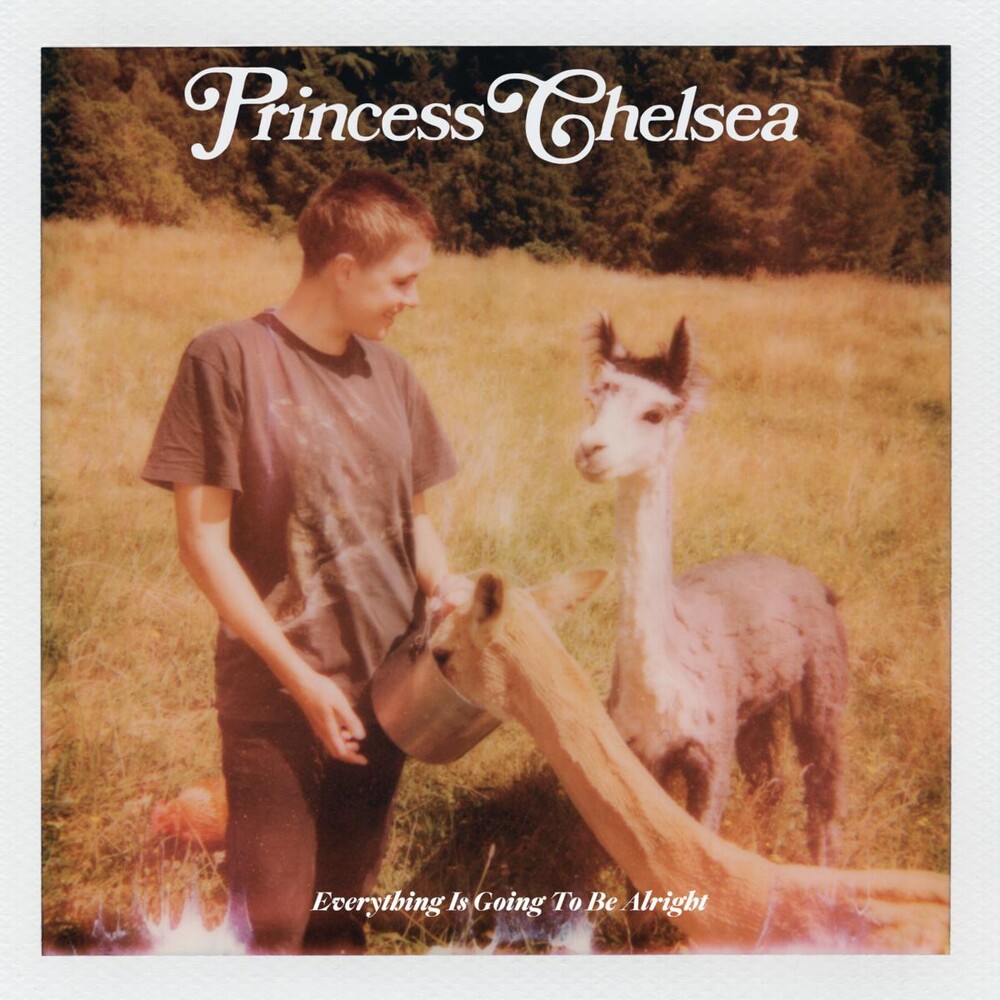 Everything Is Going To Be Alright - Opaque Yellow
Artist: Princess Chelsea
Format: Vinyl
New: Not in stock
Wish

Cult producer Princess Chelsea crafted her upcoming "nervous breakdown album" Everything is Going to be Alright, at home in pastoral Aotearoa New Zealand. The album, due this October, is a comforting offering. These aren't wallowing sad songs, instead it's twin opening and closingl tracks chronicle Chelsea Nikkel's recovery, and are intended to be a cathartic listen for anybody who might need it.Chelsea's cinematic, dreamy pop has been refined over 11 years, five albums, an E.P, and 11 singles. Her delivery and songwriting is distinctive for layering almost naive earnestness with cynical, tongue-in-check wit and aural sparkles. Her 2018 grunge girl group track 'I Love My Boyfriend' and her 2011 Nancy & Lee inspired 'Cigarette Duet' have recently raised her profile into the wider public consciousness via the grass roots influence of a new Tik Tok Generation.For this album, Chelsea's instrumental arrangements are inspired by her live band, whose interpretations of her bedroom recordings have produced a legendary and somewhat surprisingly 'heavier' show than what one might expect. 'The Forest' recorded live in one take with Chelsea and full band at Auckland, New Zealand's beloved 'The Lab' showcases dynamic walls of guitar and an impassioned vocal performance. It is a striking deviation from her output so far providing further introduction to what she has termed her 'guitar album' since the release of the dreamy yet dirgey single 'Everything is Going To Be Alright' in February. Chelsea's skills as an arranger and producer are on full display throughout the album but often this is in the form of intricate guitar arrangements that nod their heads to The Cars and the Breeders (Forever is a Charm), and classic New Zealand Flying Nun bands of the 80s and 90s (Love is More). While the album marks a significant musical development, her trademarks are still here - classic 80s Synths (Yamaha DX7, Roland D-50), layered melodies, orchestral instruments, dreamy vocals, twisted pop that has often drawn comparisons to Julee Cruise or Enya.
PRICES ON PIRANHARECORDS.NET DO NOT REFLECT THE PRICES IN OUR RETAIL STORE LOCATION. "IN STOCK" ON PIRANHARECORDS.NET DOES NOT REFLECT 'IN STOCK' AT OUR RETAIL LOCATION, HOWEVER IT MEANS WE HAVE QUICK ORDER FULFILLMENT (GENERALLY 2-3 BUSINESS DAYS).
This website uses cookies to personalize content and analyse traffic in order to offer you a better experience.
I accept Learn More
back to top