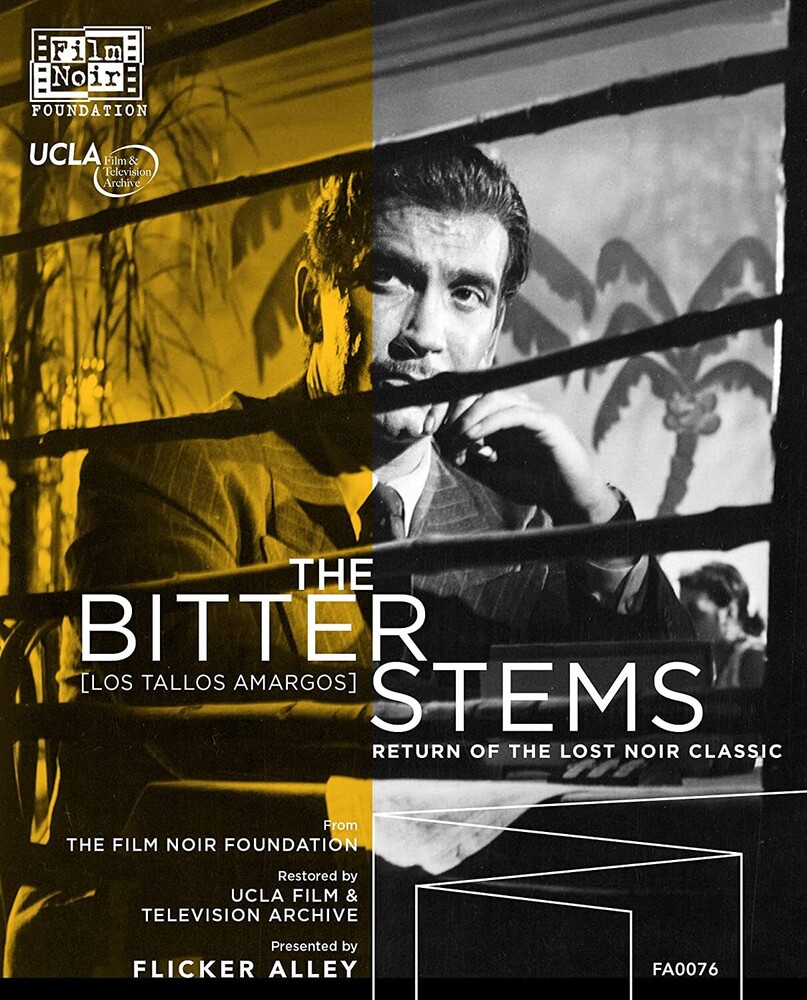 This rarely seen 1956 film was lauded in it's day but only recently rediscovered, hidden away in a private collector's home outside Buenos Aires. Thanks to the diligent efforts of the Film Noir Foundation and Argentine cinephile Fernando MartĂ­n PeĂ±a, a gorgeous new print of The Bitter Stems (Los tallos amargos) was created, by the UCLA Film & Television Archive, from the reconditioned original negative, now presented in it's first ever home video release-with special thanks to the Hollywood Foreign Press Association's Charitable Trust. Alfredo Gasper, a dissatisfied Buenos Aires newspaperman (Carlos Cores), partners with Paar Liudas, a clever Hungarian refugee (Vassili Lambrinos) who needs money to bring his family from Argentina. Together they create a bogus correspondence school, exploiting the hopes of would-be journalists. As their scheme succeeds beyond their wildest dreams, a mystery woman from Liudas' past sparks Gasper's suspicion: his charming colleague may be playing him for a sucker. Soon Gasper finds himself plotting the perfect crime - but fate has many twists in store. This adaptation of journalist Adolfo Jasca's award winning novel was acclaimed upon it's release, earning top prizes in 1957 from the Argentine critics association for Best Picture, with Fernando Ayala named Best Director. American Cinematographer magazine listed Los Tallos Amargos #49 on it's roster of the 100 Best Photographed Films of All-Time. The innovative and evocative score, combining elements of tango, jazz, and classical music, is one of the first film scores by legendary composer Astor Piazolla. After more than 60 years in darkness, The Bitter Stems (Los tallos amargos) is finally restored and ready for rediscovery.
PRICES ON PIRANHARECORDS.NET DO NOT REFLECT THE PRICES IN OUR RETAIL STORE LOCATION. "IN STOCK" ON PIRANHARECORDS.NET DOES NOT REFLECT 'IN STOCK' AT OUR RETAIL LOCATION, HOWEVER IT MEANS WE HAVE QUICK ORDER FULFILLMENT (GENERALLY 2-3 BUSINESS DAYS).
This website uses cookies to personalize content and analyse traffic in order to offer you a better experience.
I accept Learn More
back to top