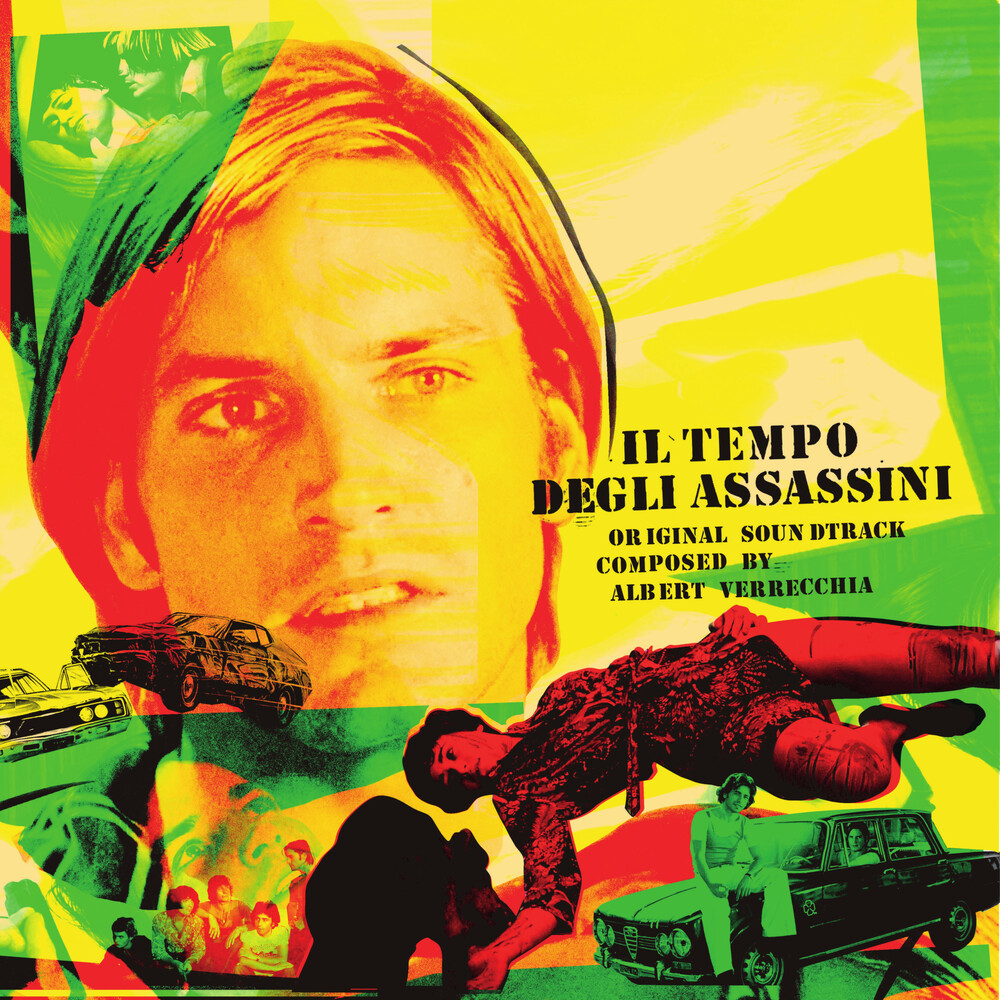 Between the 60s and 80s, Albert Verrecchia played a major role in Italian pop music and on the European disco and Afro-cosmic scene, both under his own name and under the monikers Albert Weyman and Albert Prince. He was the keyboardist of legendary Italian-French r'n'b band I Pyranas, served as a session Hammondist for singer and TV star Raffaella Carrà, and produced the disco trio Belle Epoque as well as the debut album of singer-songwriter Alan Sorrenti. Among his many incarnations, in the early and mid-70s he also composed a few soundtracks for Italian genre cinema, including for movies such as the poliziottesco Roma drogata, la polizia non può intervenire (Hallucinating Trip, 1975, Lucio Marcaccini) and the erotic drama Tecnica di un amore (1972, Brunello Rondi).The score he wrote in 1975 for Il tempo degli assassini (Season of Assassins, a film about a gang of criminal youths who terrorize the city of Rome in the already violent 70s) is certainly his most accomplished work in the genre. Conceived for a small ensemble, it was written almost entirely on the spot in the recording studio. Verrecchia himself played the Moog, and his dynamic and percussive approach to the instrument resulted in a style midway between funk and proto-disco. A modern rhythmic style - or Ritmico Moderno, which is the title chosen by CAM for the LP containing the soundtrack and released two years later as part of a promotional library music series only distributed to film professionals and radio and TV programmers (CML series, cat. No. 131). One is led to wonder whether it was thanks to that LP that, in 1977, three pieces from the soundtrack found their way into another film about youth gangs, the Spanish Perros callejeros (Street Warriors), written and directed by Jose Antonio de la Loma. On a side but important note, there's the added bonus of popular 70s and 80s entertainer Sammy Barbot singing on Gang Leader alongside female vocal group Baba Yaga. What a pity that Verrecchia's career as a film composer ended here!
PRICES ON PIRANHARECORDS.NET DO NOT REFLECT THE PRICES IN OUR RETAIL STORE LOCATION. "IN STOCK" ON PIRANHARECORDS.NET DOES NOT REFLECT 'IN STOCK' AT OUR RETAIL LOCATION, HOWEVER IT MEANS WE HAVE QUICK ORDER FULFILLMENT (GENERALLY 2-3 BUSINESS DAYS).
This website uses cookies to personalize content and analyse traffic in order to offer you a better experience.
I accept Learn More
back to top