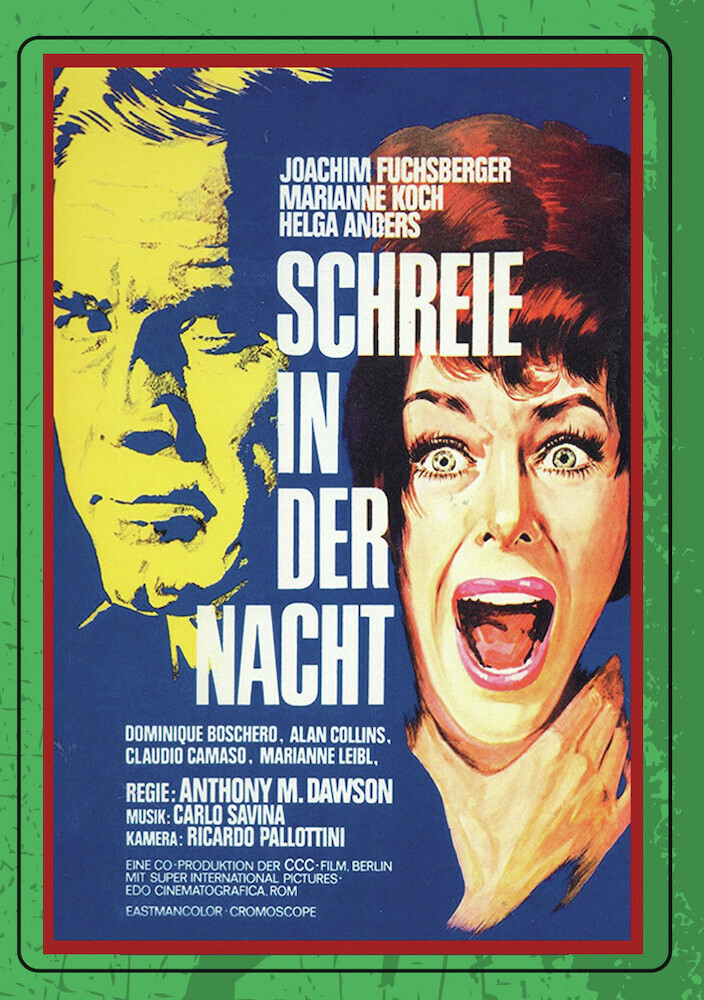 What a great Euro-horror film this is! Five people travel by car through a howling storm. They end up in a nearby forgotten, shunned inn. It is occupied by a strange man and his wizened, clairvoyant mother. A seance ensues that shows in flashback the travelers' involvement in sexual depredations, crime, and murder. The clairvoyant tells them that the murdered man will soon return to exact his revenge. Then, in an amazing climax, the proceedings come to a catastrophic ending all to the sound of Pigozzi's maniacal laughter. Pigozzi (aka Alan Collins) is superb as the sinister innkeeper who knows far more about his guests than he should. Fuchsberger is also good in a bad guy/victim role. But it's Koch who nearly steals the show as Fuchsberger's wanton wife. Director Margheriti develops a foreboding sense of impending doom.
PRICES ON PIRANHARECORDS.NET DO NOT REFLECT THE PRICES IN OUR RETAIL STORE LOCATION. "IN STOCK" ON PIRANHARECORDS.NET DOES NOT REFLECT 'IN STOCK' AT OUR RETAIL LOCATION, HOWEVER IT MEANS WE HAVE QUICK ORDER FULFILLMENT (GENERALLY 2-3 BUSINESS DAYS).
This website uses cookies to personalize content and analyse traffic in order to offer you a better experience.
I accept Learn More
back to top