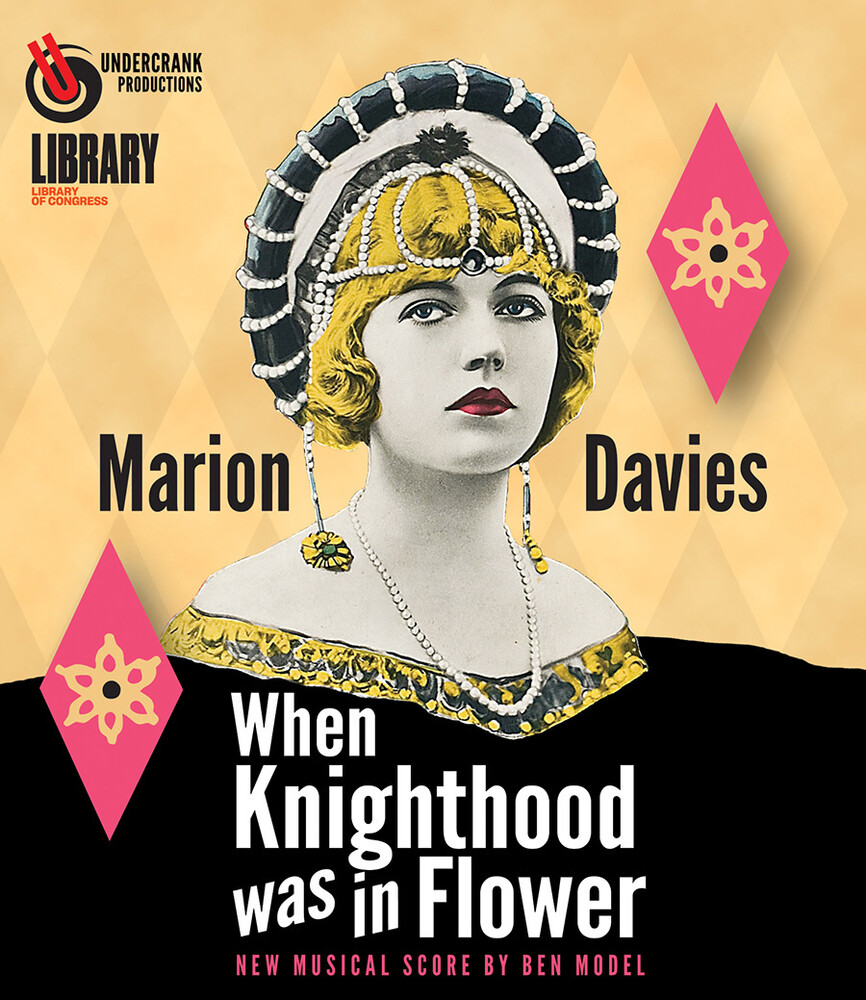 Marion Davies stars as Mary Tudor in the breakout role and big-budget costume epic that established her as a movie star. Davies plays Mary Tudor, sister of King Henry VIII, whom the king aims to use for political gain by offering her hand in marriage to King Louis XII of France. Look for a young William Powell in his second movie role as one of the story's villains. For period authenticity, no expense was spared on the production's costumes, armor and tapestries or on Joseph Urban's huge, lavish sets. WHEN KNIGHTHOOD WAS IN FLOWER (1922) is presented here in a brand-new restoration by Undercrank Productions, with a new theatre organ score by Ben Model. The film was scanned from an original 35mm nitrate print preserved by the Library of Congress, it's original color tints and hand-coloring have been digitally reinstated. This is the first time the film, one of 1922's top box-office hits, has been seen as it originally appeared in the 1920s.