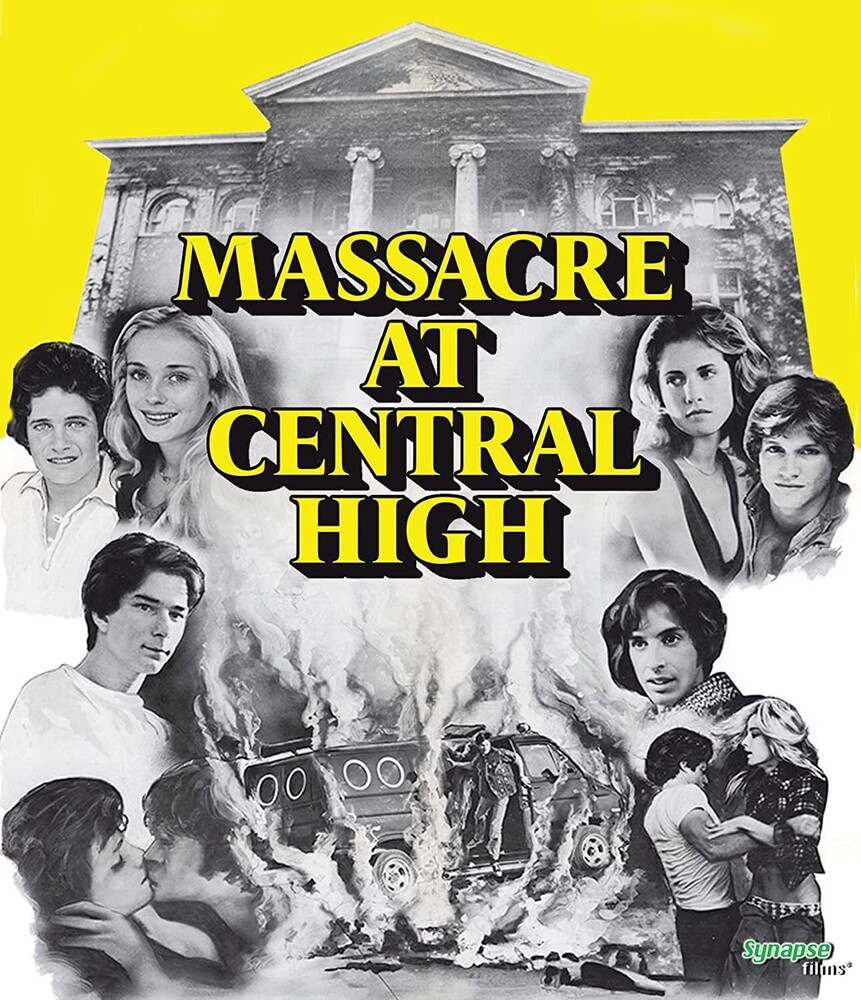 "A considerable filmmaking achievement... Intelligent and uncompromising." - Roger Ebert, Sneak Previews When new student David (Derrel Maury) arrives at Central High, he discovers that it is lorded over by a gang of bullies who rule the school through intimidation and violence. David's friend Mark (Andrew Stevens, THE FURY) encourages him to join this dominant clique, but instead David stands up for their victims, and the gang cripples him in retaliation. Soon David begins taking steps to end their reign of terror permanently, setting in motion an explosive cycle of killing that may not end until no one is left to graduate! Co-starring Robert Carradine (REVENGE OF THE NERDS), Kimberly Beck (FRIDAY THE 13th: THE FINAL CHAPTER), and Rainbeaux Smith (LEMORA: A CHILD'S TALE OF THE SUPERNATURAL), MASSACRE AT CENTRAL HIGH is the startling American debut of Dutch writer/director Renee Daalder. While packing in all the sex and violence that drive-in audiences demanded, Daalder also delivers a potent allegory about fascism and power structures in a high-school world where adults are absent. A cult and critical favorite since it's 1976 release (and an evident influence on the classic HEATHERS), MASSACRE AT CENTRAL HIGH now available in this director approved restoration from Synapse Films.
PRICES ON PIRANHARECORDS.NET DO NOT REFLECT THE PRICES IN OUR RETAIL STORE LOCATION. "IN STOCK" ON PIRANHARECORDS.NET DOES NOT REFLECT 'IN STOCK' AT OUR RETAIL LOCATION, HOWEVER IT MEANS WE HAVE QUICK ORDER FULFILLMENT (GENERALLY 2-3 BUSINESS DAYS).
This website uses cookies to personalize content and analyse traffic in order to offer you a better experience.
I accept Learn More
back to top