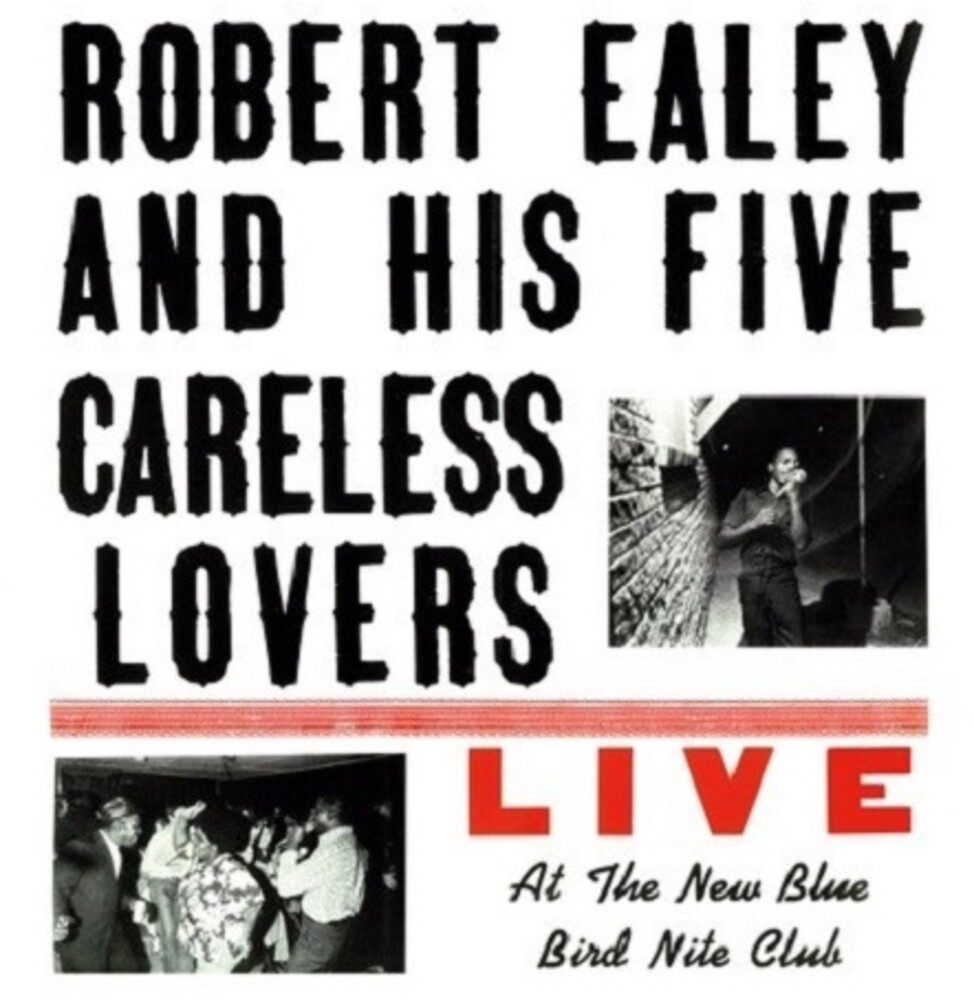 In 1972, a young T-Bone Burnett and Stephen Bruton produced a live album at The New Blue Bird Nite Club in Fort Worth, TX, featuring Robert Ealey and His Five Careless Lovers. Five hundred vinyl records were independently released on Blue Royal Records in 1973. The masters were put into storage at Record Town, the oldest record store in Fort Worth, and forgotten for almost five decades. Record Town is excited to present the reissue of this essential Texas Blues classic as the first release on the new Record Town Records. Born in Texarkana in 1925, Robert Ealey moved to Dallas after serving in WWII. Those lucky enough to live in Fort Worth during the 70's may recall the nondescript blue building on Horne Street that hosted a who's who of blues and jazz artists every Friday and Saturday night. The New Blue Bird Nite Club was the center of Fort Worth Blues for over thirty years. This album let's you jump n' jive with Robert Ealey as if you were there on that hot Texas night. It features a young Mike Buck on drums, with Sumter Bruton and Freddie Cisneros on guitar, and Jackie Newhouse on bass. Fort Worth, Texas has a remarkable musical heritage. From the birth of Western Swing, the child of Milton Brown, Bob Wills and the Light Crust Doughboys, music has been in it's bones. Record Town has been an important part of that history for over 60 years by informing and influencing generations of young Texans while honoring the incredible creativity of the music community in Funkytown. Record Town Records goal is that future generations get a chance to shake some action and jump some jive.
PRICES ON PIRANHARECORDS.NET DO NOT REFLECT THE PRICES IN OUR RETAIL STORE LOCATION. "IN STOCK" ON PIRANHARECORDS.NET DOES NOT REFLECT 'IN STOCK' AT OUR RETAIL LOCATION, HOWEVER IT MEANS WE HAVE QUICK ORDER FULFILLMENT (GENERALLY 2-3 BUSINESS DAYS).