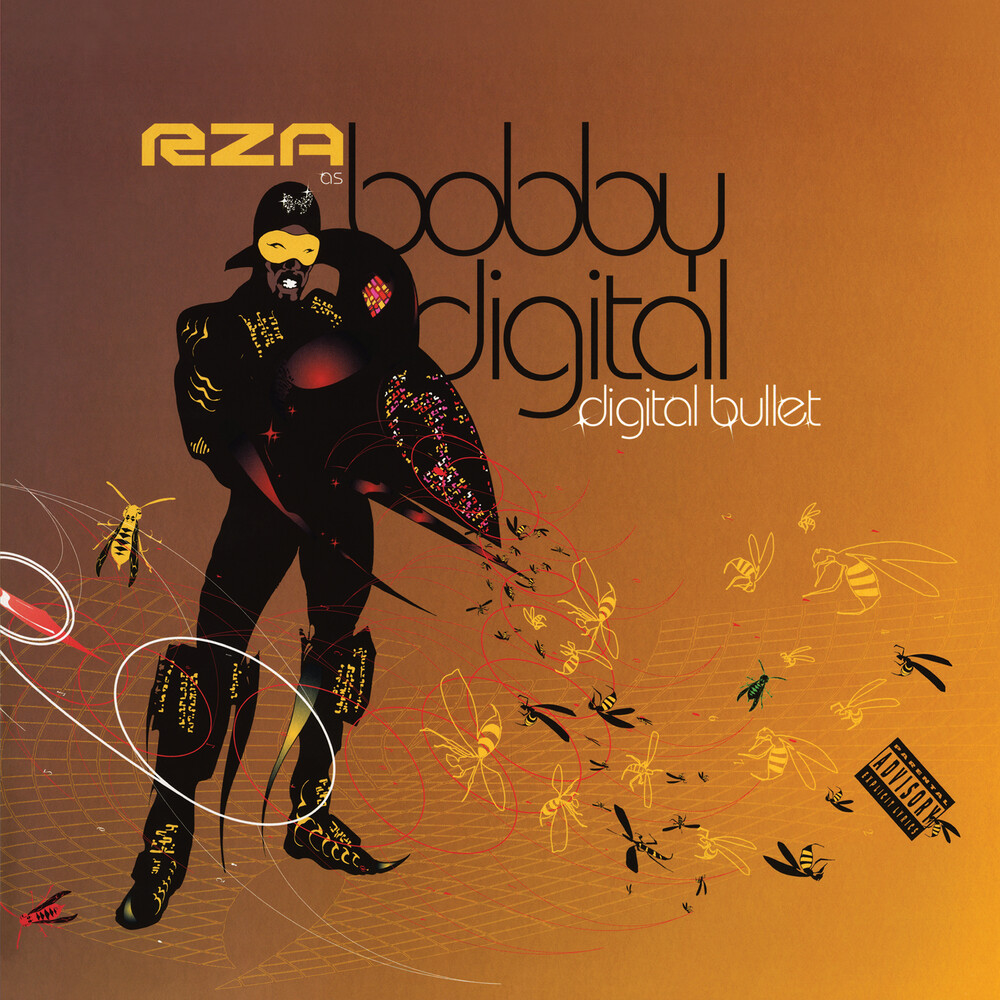 In the late 90s, Wu-Tang Clan superstar RZA developed a new persona. Based on his birth name and the fact that he was branching out into more digital production, Bobby Diggs became Bobby Digital. As RZA himself put it, "My birth name is Bobby Diggs. So at the time, creatively, I felt like I was in a digital frame... As Bobby Digital, I could use a character to describe some of the earlier days of my own life. Partying, bullshitting, going crazy, chasing women, taking drugs. It was a mixture of fiction and reality together to make a character I thought would be entertaining." RZA released Bobby Digital In Stereo in 1998 and it was certified Gold in a matter of months. It's follow-up Digital Bullet dropped in August of 2001 continuing the conceptual story arch from... In Stereo, but with Bobby Digital growing more enlightened and becoming disillusioned with the hedonism that previously served as his fuel. Audiences reacted by driving the release up to number 24 on the Top 200 and a Top 10 position on the R&B/Hip Hop Albums chart.
PRICES ON PIRANHARECORDS.NET DO NOT REFLECT THE PRICES IN OUR RETAIL STORE LOCATION. "IN STOCK" ON PIRANHARECORDS.NET DOES NOT REFLECT 'IN STOCK' AT OUR RETAIL LOCATION, HOWEVER IT MEANS WE HAVE QUICK ORDER FULFILLMENT (GENERALLY 2-3 BUSINESS DAYS).
This website uses cookies to personalize content and analyse traffic in order to offer you a better experience.
I accept Learn More
back to top