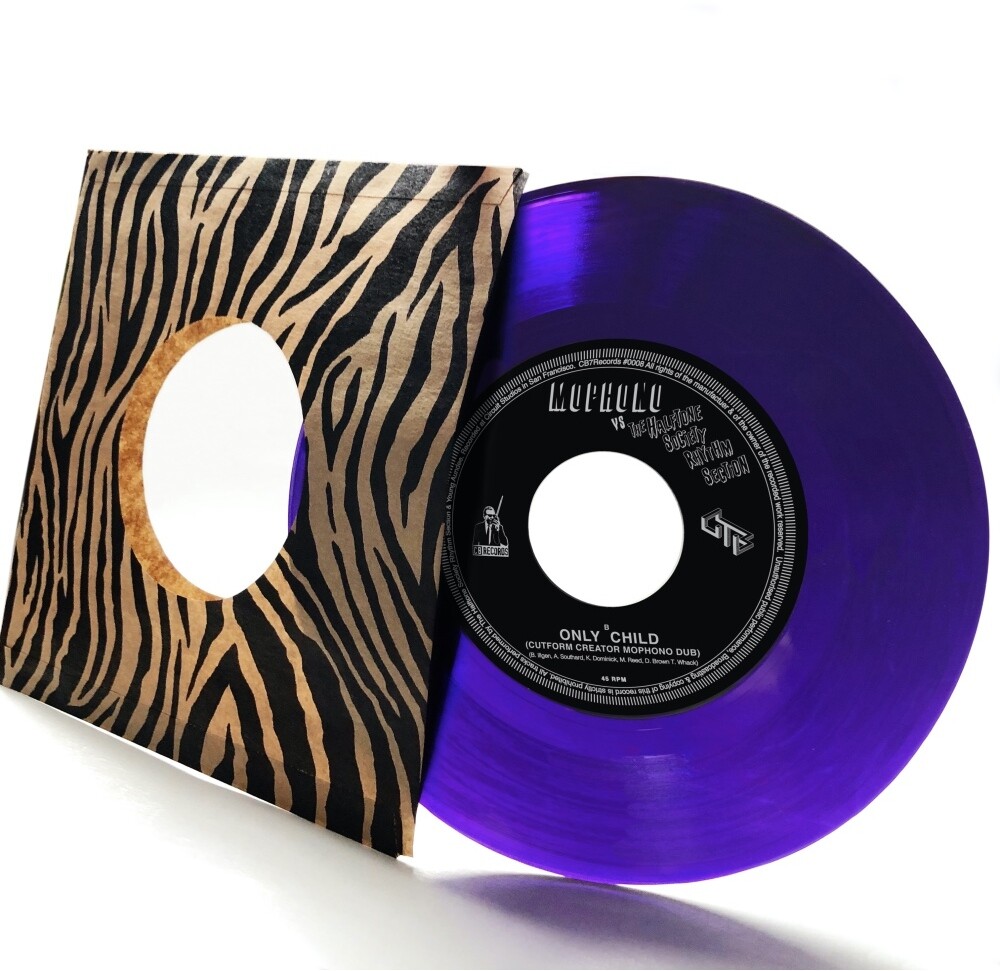 Halftone Society Rhythm Section does it again! One of the few outfits still cutting singles with dub versions-a lost art of the b-side. HSRS boosts the tape echo on Philadelphia's stylish hip hop taste maker Tierra Whack, flipping her "Only Child" into a 70s soul/funk rendition with a rockers era bend.       This is familiar territory for The Halftone Society Rhythm Section. Their previous 45 found Mophono and vocalist Young Aundee crafting dub covers of Eighties island dance floor hits Dennis Edward's "Don't Look Any Further" and Billy Ocean's "Caribbean Queen. " Their dub visions of two well-worn classics solidified their place as supreme selectors. For the "Only Child" cover, the re imagining sounds like a modern doo-wop interpretation of The Sadistic Mika Band mixed in Black Arc Studios. A genre-defying upbeat tribute to Tierra Whack's underground hit.       Young Aundee brings new energy to these already catchy and relatable vocal stylings initiated by Ms. Whack. Aundee is more Motown on the cover, invoking Smokey's falsetto and Lionel Ritchie circa solo debut. There's an urgency in the HSRS version, amplified by Mophono's drum line patterns pitter-pattering over the broken piano sample. Bay Area's Kirby Dominant, a legend in the underground, brings the whole thing to a head with a rewrite of the rap verse with eccentricities that are everyday for him, but are sure to make newcomers blush.       The "OC Dub" is the sweet spot for The Halftone Society Rhythm Section. Before Tom Moulton invented the remix, dub versions wrecked hit singles on the b-side of 12"s and 45s with expansive reinventions in homage to the reggae production techniques that gave spacious echoes on the vocals and percussion. Young Aundee's acapella "yeahs" set the tone before Mophono chops his rework into a laser funk fifth dimension of sound. It's a truly visionary dubbing that would make Lee "Scratch" Perry proud.
PRICES ON PIRANHARECORDS.NET DO NOT REFLECT THE PRICES IN OUR RETAIL STORE LOCATION. "IN STOCK" ON PIRANHARECORDS.NET DOES NOT REFLECT 'IN STOCK' AT OUR RETAIL LOCATION, HOWEVER IT MEANS WE HAVE QUICK ORDER FULFILLMENT (GENERALLY 2-3 BUSINESS DAYS).