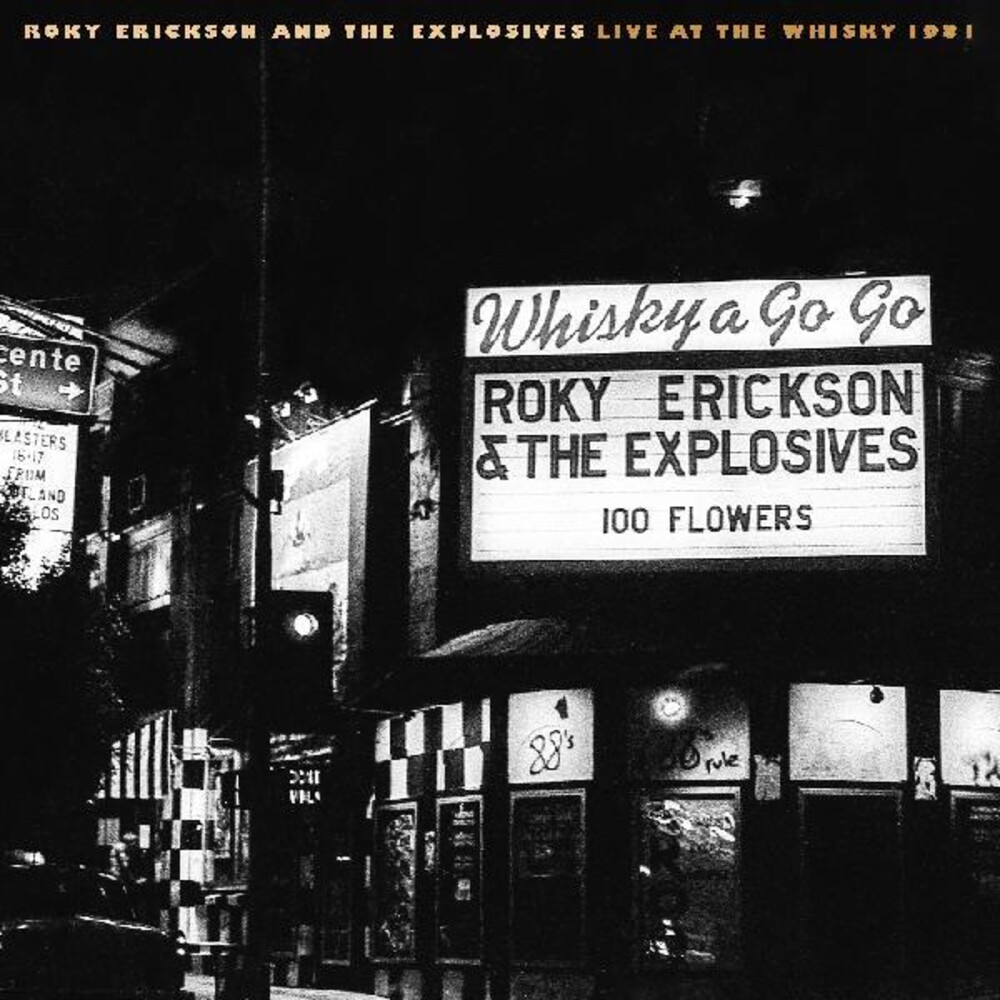 Sunset Blvd Record - Live At The Whisky 1981 - Roky Erickson and The Explosives CONTAINS PREVIOUSLY UNRELEASED MATERIAL Roky Erickson & The Explosives had been honing their craft in hot, sweaty clubs all over Texas for a couple of years before this California tour which, along with the Whisky, included the Warfield Theater in San Francisco, Galactica 2000 in Sacramento, the Stone in San Francisco, the Keystone Berkeley in, well, Berkeley, the Bacchanal in San Diego and the Europa in Tucson, AZ on the way back to Texas. But, the Whisky was a special, magic night of music. Roky was on top of his game and the Explosives was a well oiled machine capable of musically "turning on a dime" with nary a single apple falling from the cart. The proof in that statement was when, as we were walking on stage to start the show, Roky turned to us and asked "Do you guys know the song Heroin by Lou Reed?" We replied "no" as we plugged in and Roky launched into, you guessed it, "Heroin" by Lou Reed. The results are on this record!
PRICES ON PIRANHARECORDS.NET DO NOT REFLECT THE PRICES IN OUR RETAIL STORE LOCATION. "IN STOCK" ON PIRANHARECORDS.NET DOES NOT REFLECT 'IN STOCK' AT OUR RETAIL LOCATION, HOWEVER IT MEANS WE HAVE QUICK ORDER FULFILLMENT (GENERALLY 2-3 BUSINESS DAYS).
This website uses cookies to personalize content and analyse traffic in order to offer you a better experience.
I accept Learn More
back to top