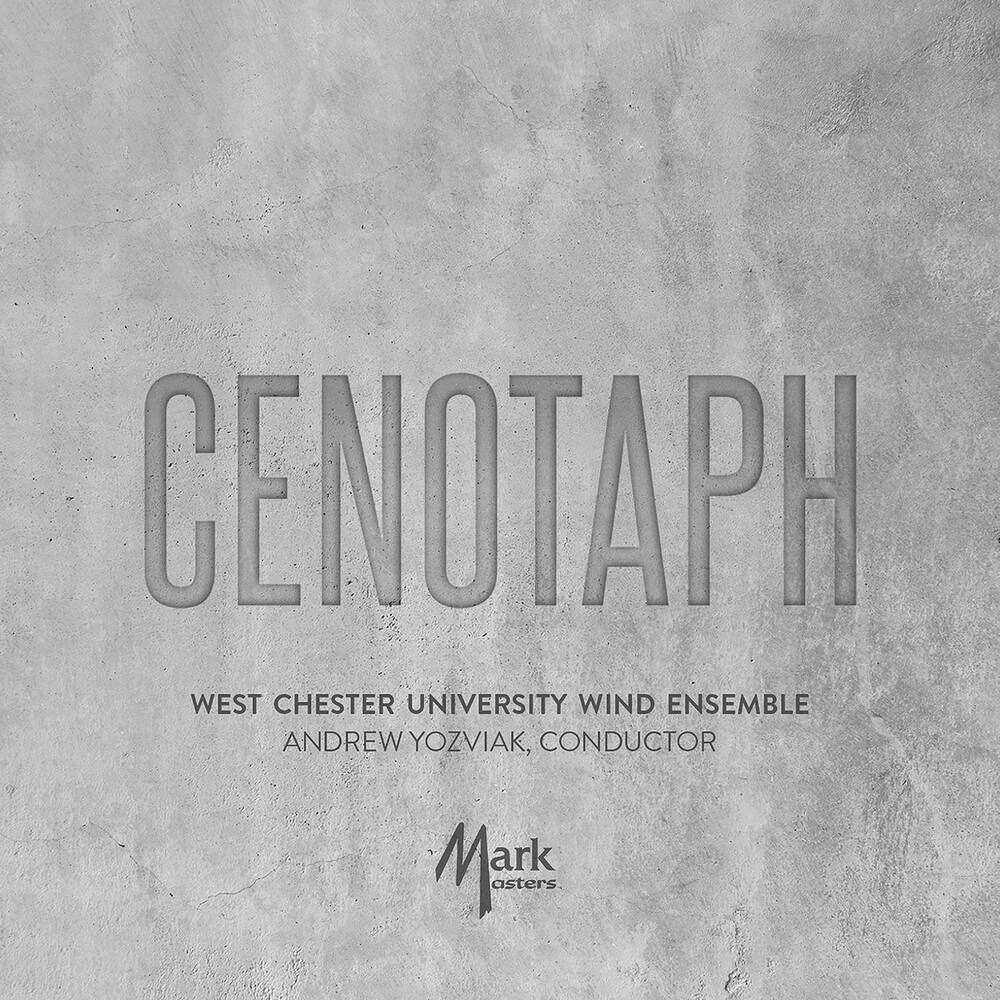 Cenotaph is the 10th commercial release by the West Chester University Wind Ensemble under the baton of Andrew Yozviak. Through these recordings, the ensemble has sought to cultivate new repertoire and celebrate traditional works for the wind band. Cenotaph features the premiere recording of Funeral March by West Chester's favorite musical son, Samuel Barber. This scarcely available work is a companion piece to his popular Commando March. The realization was carefully researched and scored by Peter Stanley Martin. Also included on the recording are other 'monuments' of the wind band repertoire - Walter Hartley's Concerto for 23 Winds, Michael Daugherty's Bells for Stokowski, and the epic Symphony No. 2, "Voices", by James Stephenson.