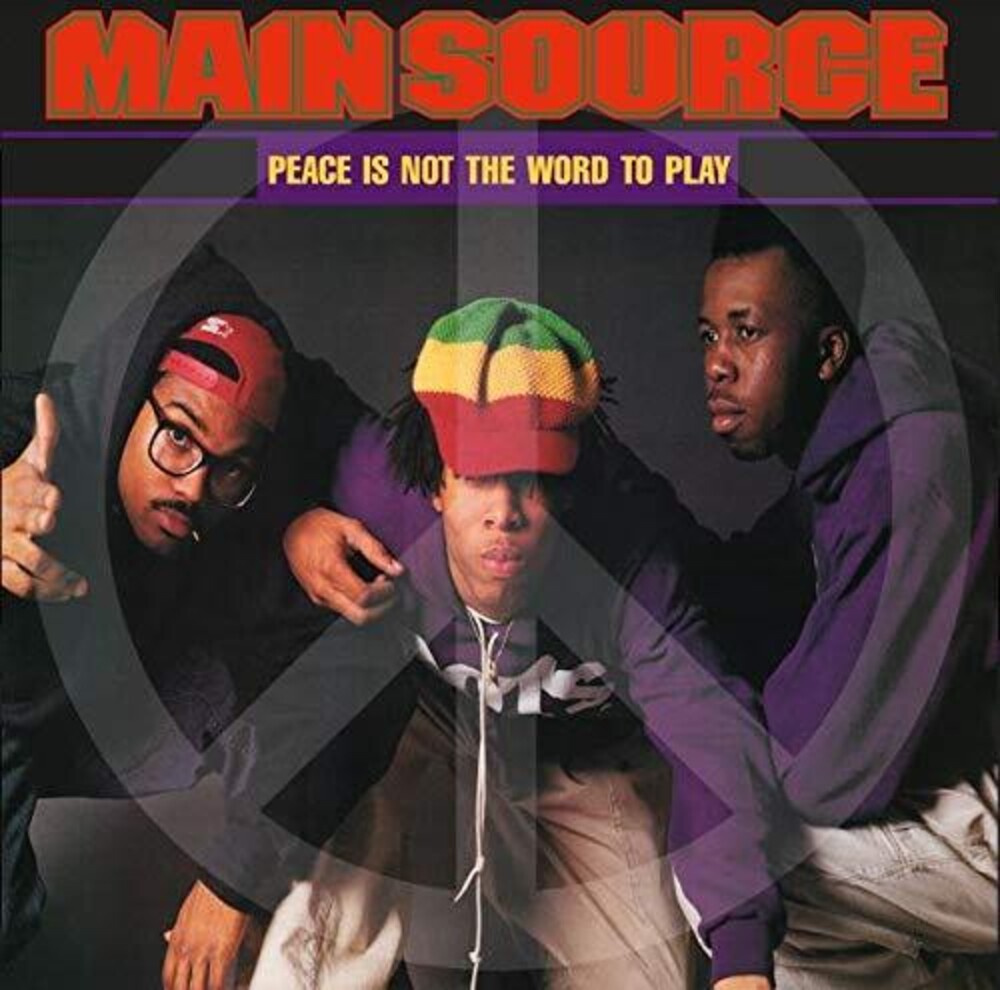 We'll get to the vocal content in a second, but first it's time to acknowledge what a patchwork tapestry of genius 'Peace is not the word to play' is in terms of production. Large Professor being a prodigy on the SP-1200 is well established, but the way he flips parts of MFSB's 'TLC' and Milly and Silly's obscure 'Gettin' Down for Xmas' with a sprinkling of Lyn Collins here establishes his credentials in the top tier. Lyrically, it's a tour de force, with Main Source taking exception with the misuse of the word 'peace' by the hip-hop fraternity. With even the most homicidal of gangster rappers dropping it at the end of tracks at the time, time was overdue for some regulation.The album version makes it's point pithily in a single verse, while the remix, included on the flip of this first ever 7" release, expands on the topic with new verses and some new samples too. It's a welcome reminder of the time when remixes were remixes - not just the identical track with the latest hot rappers joining in. Most of all, Main Source once again walk the fine line between lyrical lecture and head-nodding banger - the rare example of a track with a point to make that can still fill a dancefloor and get necks snapping.