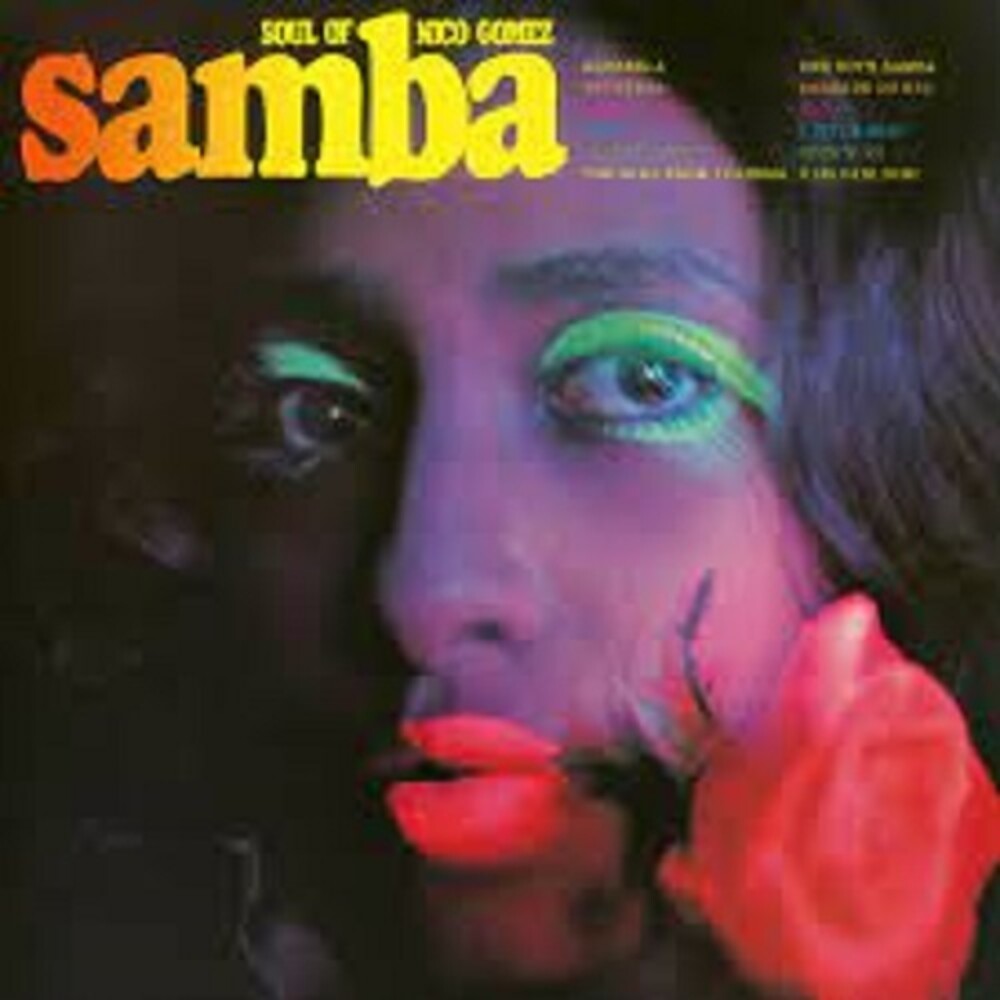 Nico Gomez, a Belgian orchestra leader of Dutch roots, has long been a favourite with Latin fans, record diggers, DJs, and collectors alike. His blend of bossanova, latin jazz, and easy listening always turns up a few choice nuggets and surprises; what is perhaps most remarkable is that it was recorded in Europe. Back in 2013, Mr Bongo re-issued Nico Gomez's sought-after 'Ritual' album from 1971, and now we follow it up with another jewel from his catalogue his 1972 album 'Soul Of Samba'. For this re-issue, we have opted to present it with the cover art originally used on the Trio Records version released in Japan. In the Netherlands and Belgium, the album was released with different cover art under the title 'Bossa Nova', on Omega International and International Bestseller Company records, respectively. We loved the beautiful psychedelic design of the Japanese version and wanted to use it for this re-issue. 'Soul Of Samba' features several euro-bossa-jazz favourites such as the catchy 'Rio'; which was a firm DJ choice cut at jazz dance nights, including Brighton's 'Jazz Rooms' in the 90s. It also featured in Rainer TrĂĽby's classic 'GlĂĽcklich' compilation series which explored European-Brazilian-inspired music. The beguiling 'Aquarela', with it's engaging latin shuffle, entices feet to the dancefloor and is not one to miss. 'Agua' has a lazy-quirky latin-funk feel with breathy-stoned vocals floating in the background. The album additionally features numerous breezy latin, Brazilian, and easy listening joints, some of which are ripe for sampling.
PRICES ON PIRANHARECORDS.NET DO NOT REFLECT THE PRICES IN OUR RETAIL STORE LOCATION. "IN STOCK" ON PIRANHARECORDS.NET DOES NOT REFLECT 'IN STOCK' AT OUR RETAIL LOCATION, HOWEVER IT MEANS WE HAVE QUICK ORDER FULFILLMENT (GENERALLY 2-3 BUSINESS DAYS).
This website uses cookies to personalize content and analyse traffic in order to offer you a better experience.
I accept Learn More
back to top