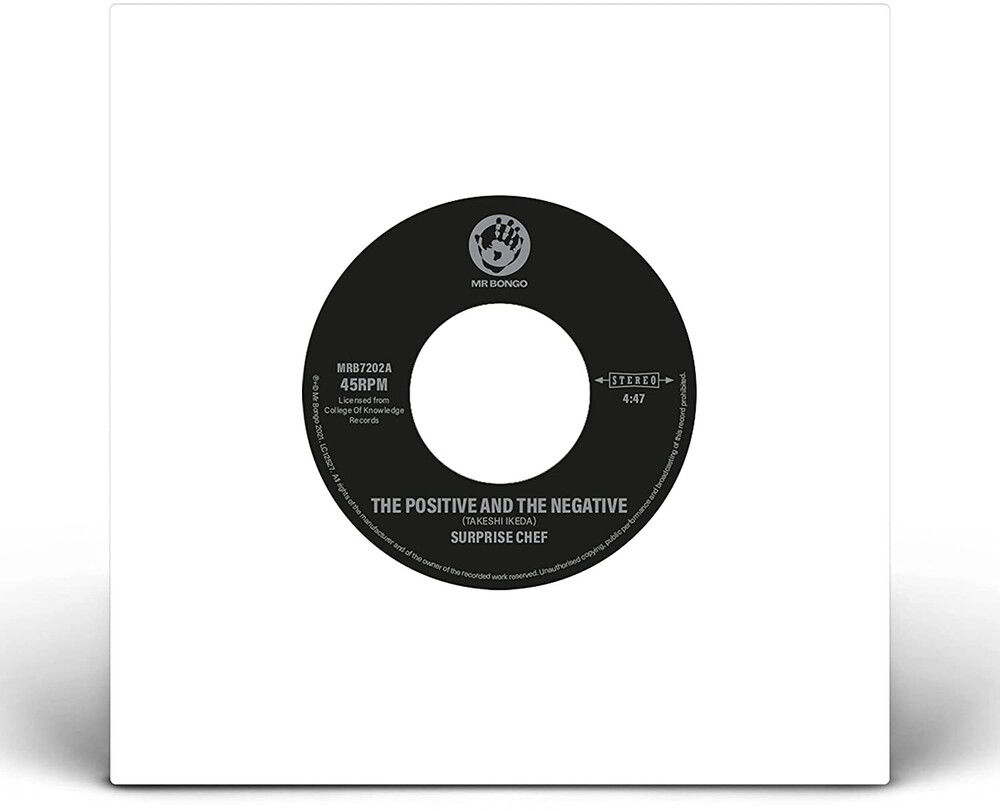 This release is a special one; a moment where the two halves of the Mr Bongo record label unite, our heritage re-issues and our contemporary artists roster. Minoru Muraoka's 'The Positive and the Negative' is a firm favourite at Mr Bongo. It sees a master of the shakuhachi, a traditional bamboo Japanese flute, flex his prodigious skill resulting in a unique mix of breakbeat jazz and Japanese folkloric music. 'The Positive and the Negative' featured on the 1970 'Bamboo' album, which Mr Bongo reissued in 2019. Heralded by DJ Shadow, Cut Chemist, Egon, and many others. The record's cult status had us thinking how could we pay further homage to a sublime track such as this. The opportunity came to us in an email from Melbourne's Surprise Chef with a link to the fabulous reinterpretation of the track which they had just recorded. Forged in their signature sound, "The Chef" have made 'The Positive and the Negative' their own whilst simultaneously treating the original with utmost respect. The shakuhachi and koto have been replaced by synths and guitars, but the breakbeat psychedelic vein flows richly through both instruments The 7" vinyl format was the right fit for this release, so the original Minoru Muraoka recording which clocks in over nine minutes has been edited into a 7" version to accompany Surprise Chef's new take.
PRICES ON PIRANHARECORDS.NET DO NOT REFLECT THE PRICES IN OUR RETAIL STORE LOCATION. "IN STOCK" ON PIRANHARECORDS.NET DOES NOT REFLECT 'IN STOCK' AT OUR RETAIL LOCATION, HOWEVER IT MEANS WE HAVE QUICK ORDER FULFILLMENT (GENERALLY 2-3 BUSINESS DAYS).
This website uses cookies to personalize content and analyse traffic in order to offer you a better experience.
I accept Learn More
back to top